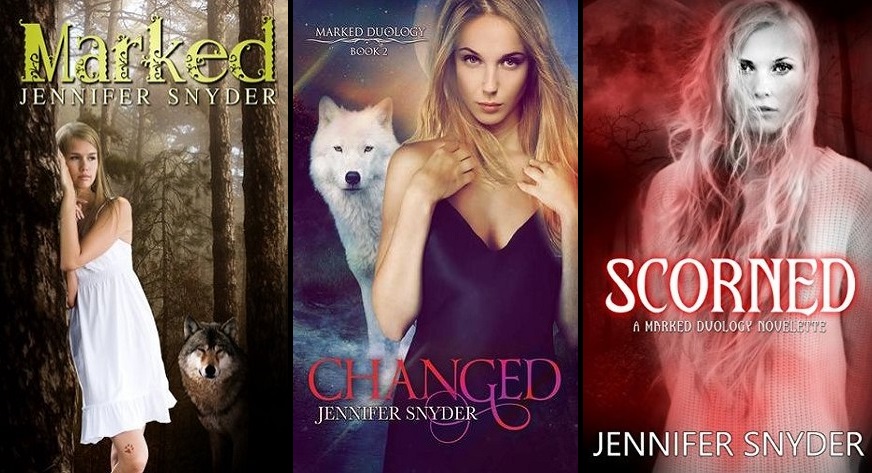 A fast pace, romantic Dualogy books about Tessa’s life story from the moment she met Jace and her experience throughout the transformation. Would she be able to endure the pain and earn her place in the pack?

A mysterious stranger she can’t stay away from, a birthmark with a hidden meaning, and one bite that changes seventeen-year-old Tessa Morganton’s destiny forever…

Life for Tessa had always been steady and calm—with the exception of her overly jealous boyfriend—until the moment Jace Fowler walked into her life.

Jace—incredibly charming with boy band good looks—is someone whom Tessa can’t seem to stay away from… no matter how much she knows she should.

After surviving a strange animal attack, Tessa learns just how mysterious and secretive Jace really is, and that his secrets not only involve himself…but her as well, making Tessa question everything she’s ever believed regarding her life and those around her.

Wow, I loved the story. It was beautifully written with so much emotion in place. The feeling was realistic; I could feel what Tessa was feeling, from happiness down to heartache. While waiting for Tessa’s exposure to the supernatural world, which only happened towards the end of the story, I enjoyed getting to know the hero and the heroine, and the support characters.

Moving forward, now that Tessa was finally turned, I couldn’t wait to read about her first transformation experience and also the secret about her parents. Last but not least, if both the crazy exes would still be in the picture.

P/S: I also had a crazy thought about Tessa’s best friend hooking up with Jace’s friend as well, and in the end, both of them would run in the wood together during the full moon 😘.

Would you fight to the death to prove you are worthy to stand beside the one you loved?

Eighteen-year-old Tessa Morganton’s life has flipped upside down. After learning Jace’s secret and discovering the man she’d thought all her life was her father isn’t, she must also cope with the reality of what she’s now become—a werewolf.

Tessa tries to maintain her normal life while her body changes more and more each night as the full moon grows closer, but when Shelby comes back to pay her a visit, Tessa soon realizes turning into a wolf may not be the only dilemma she will have to overcome.

As the Wolf Moon draws near, Tessa uncovers some things about Jace and Shelby’s relationship and exactly what Pack Law entails in the untraditional situation Jace has created for them all.

I hate leaving Tessa’s world when there were still things that the author could fix in the story such as let Tessa meet her father, improve the relationship with her in law as well as finishing her study. That being said, with only one more short story left, I hope it at least fixes some of the issues, if not, all the best, Tessa 😊.

What I liked about this story was that Tessa showed her animal side to her best friend and her parents, which was awesome! I also admired her bravery in meeting her future in law as well as her opponent, and when she finally did it, it was unbelievable, especially without any practice 😂.

One thing that bothered me was Tessa never thought back about her dreams and linked it to her life. It sounded like premonitions, but she never even mentioned it out loud. In reality, I would have immediately thought about it and make a connection 🙃.

Shelby Killin may have lost the Ordeal to Tessa Morganton—a half-blood werewolf her betrothed chose over her—but she has never been one to go down without a fight.

Determined to find a way to gain back her rightful place beside the new Alpha King of the pack, and win back her mother’s pride, she’ll stop at nothing to rectify the situation. Even if it means resorting to asking one of the most powerful witches in all of New Orleans for help.

Jace and his little play thing Tessa had better watch out, because Shelby is about to show them both why it’s best to never leave a lover scorned.

Scorned is a Marked Duology Novelette, which takes place after Changed. Also included are two bonus point-of-view swaps from Jace’s perspective. One from Marked, and one from Changed.

I thought by reading Shelby’s point of view; I would finally understand her and sided with her, but NO! She’s a nut case, and I won’t wish anyone to be with her—no hope for this wicked soul.

Anyway, Kalissa made an appearance in this book, I knew her after reading the Ward Witches series and also the Succubus Kiss series. She’s a compelling and mysterious character, and I hope the author would write a series about her in the future.

Jace’s POV over Tessa was sweet, but I already knew the story. What I wanted was a real conclusion over their life story – How Tessa coped with his mum and if she meets up her father. But, nothing was told not even until the end of the story 😔.