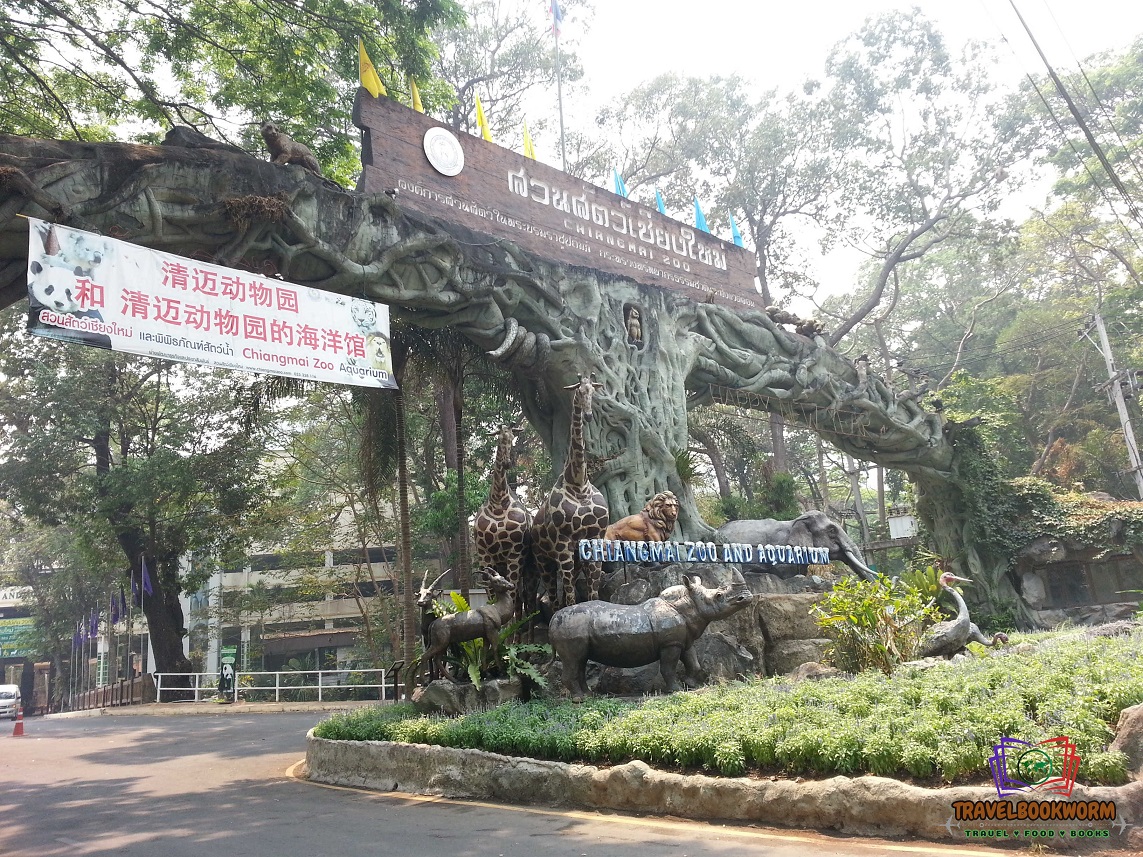 Yesterday, when we visited Wat Phra That Doi Suthep, we drove past Chiang Mai Zoo. And since we didn’t have any plan for today, we decided to visit it.

The Zoo was established in 1977 and situated in the foothills of Doi Suthep. The whole place covered in the land of 200 acres. Hence, it’s a great place to do some walking exercise. But if you are not up for it, there’s also a golf car for rent at the cost of 350 Baht for the first hour and 300 Baht the next hour. The entrance fees combined for both places are 520 Baht per person. Here are some of the pictures taken from the visit.

Hippopotamus and Giraffes were waiting for visitors to feed them, and while watching them, I noticed that the Giraffe’s tongue was long and black.

Walking along the path, I heard a rustling noise, and I was surprised when I saw this peacock freely wandering around the compound.

Those sheep were not in sight when we first arrived, and we had to wait for a while before they appeared.

It’s quite a long walk to the Aquarium, especially in the hazy and hot sun. But you will be alright once you get inside the air-conditioned aquarium.

It has an underwater walk-through glass tunnel, at 133m long. Occasionally though, while glancing up, we could see Shark swimming on top of our head. We spent roughly 30 minutes touring the aquarium.

Before leaving the zoo, we went to see Penguins, crocodile and other reptiles.