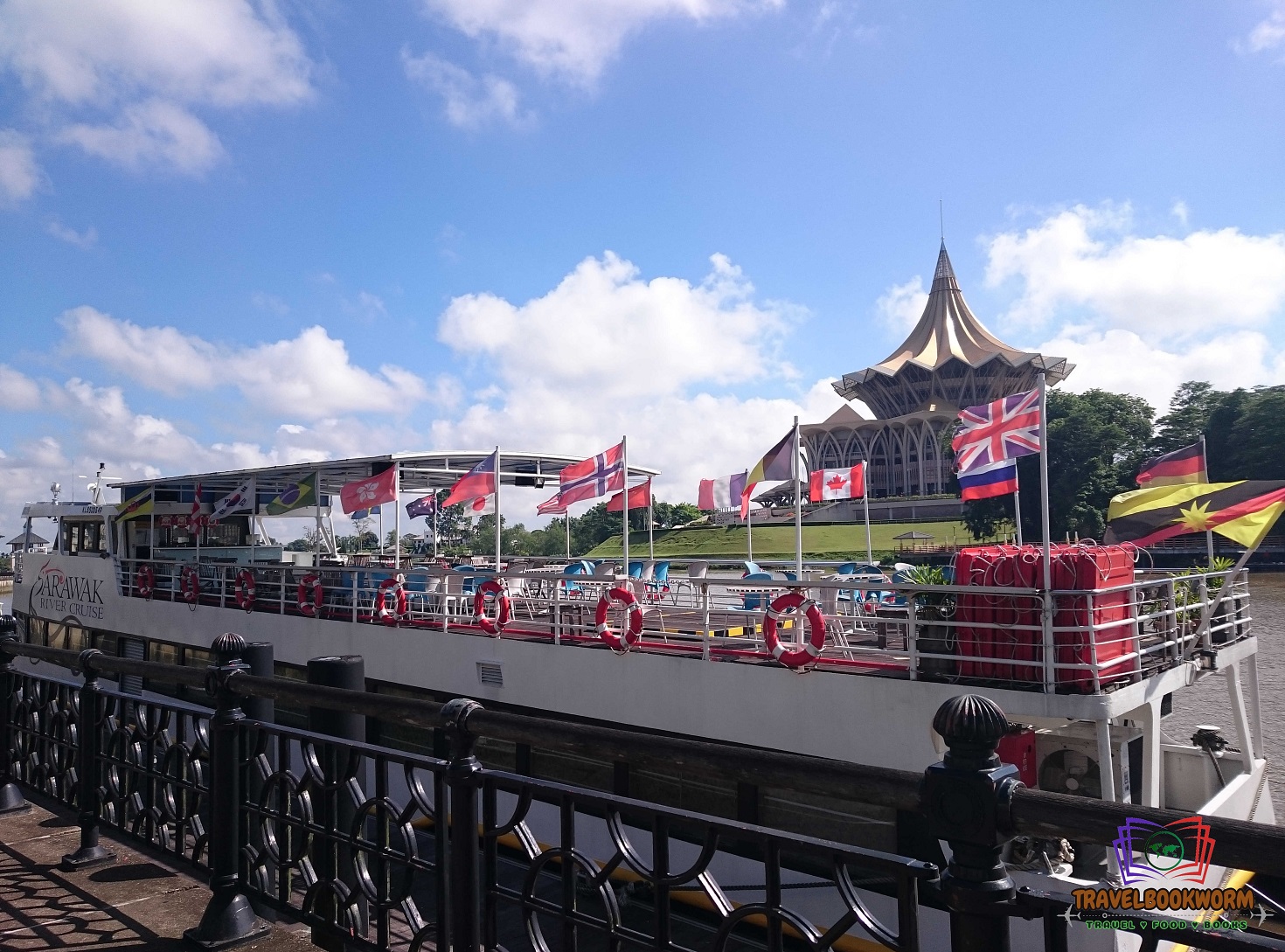 Harvest festival in Sarawak known as Gawai Dayak, an annual celebration celebrated every 1st & 2nd June. It’s similar to Kaamatan; the festival celebrated in Sabah every 30th & 31st May. In this trip, we will be joining the Sarawakian celebrating their Hari Gawai.  It is always exciting to be part of any celebration.

The flight time from Penang to Sarawak was two hours five minutes. We had booked our bus tickets from Kuching going to Sri Aman. However, Madam Chong and Peter were also heading back to Sri Aman for the Gawai festival, so they offered us a ride. Before we left for Sri Aman, we stopped by Kuching town for lunch. While eating the delicious Kollo Mee, they told us that Anthony Bourdain would be in Kuching until the 3rd June filming for the travel programme, Parts Unknown. Too bad we didn’t cross paths with him while we were there.

The journey takes about 3 hours (183km) from the airport to Seri Simanggang Hotel, our accommodation for two nights while we were here in Sri Aman town.

From the hotel, we walked for about 8 minutes to Muzium Warisan Sri Aman Kubu Alice. It closed due to the public holiday, but we headed there anyway. We were able to view The Lupar river from the top of the hill, and we tried to spot crocodiles. However we didn’t see any, maybe they on holiday too 😊.

We visited Madam Chong’s relative in Entulang Entawa, a modern longhouse made by concrete and housed for about 20 families or more.

They served us with the colourful Kek Lapis and also given a glass of Tuak (rice wine). It tasted the same as Sabah’s rice wine, Tapai. It’s sweet, delicious and capable of making you drunk. I have to drink it slowly because they kept refilling mine whenever I’m running low on it.

On the 3rd of June, Madam Chong and Peter drove us back to Kuching, on our way there, they took us to see the Longhouses made by woods.

We stayed at 360 Xpress Citycenter in Kuching for a night before leaving to Kota Kinabalu the next day. While we were there, we wandered around the town, walked along the beautiful waterfront, have a few drinks at 21 bistro Kuching and Havana café Kuching.

I’m not sure which one was the official Kuching’s landmark monument, there were just so many of it.

I enjoyed every moment we’d spent with The Chong’s family; their friendliness has made me feel like I’m one of them and not an outsider.