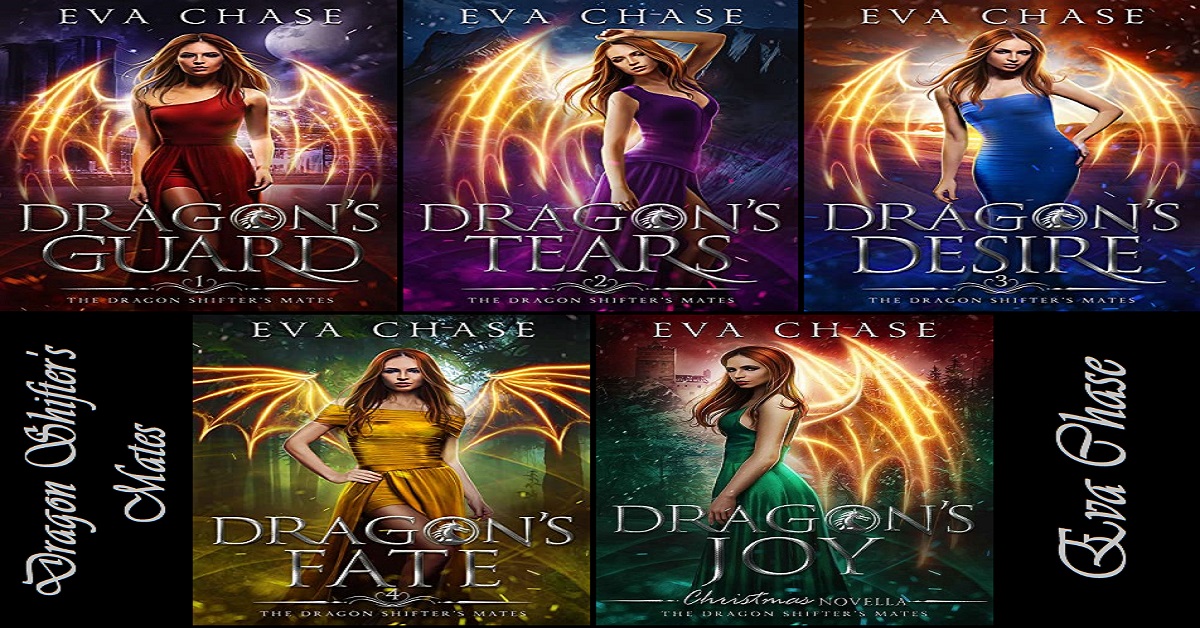 The last of the dragon shifter meets her four alpha mates. Life is about to get a little bit dangerous. Fast-paced, action-packed & sexy situations.

The last of her kind. Four hot alpha mates. A legacy of bloodshed.

When Ren Landis goes looking for excitement on her 21st birthday, getting kidnapped is a little more than she bargained for. So is finding out that shifters exist—and that she’s one too.

As the last of the dragon shifters, she’s got a role to fulfil: Take the alphas of the four shifter groups as her mates and unite all shifter kind. No pressure, right?

Too bad Ren’s fate isn’t as simple as getting it on with four scorching-hot guys. Someone is out for dragon shifter blood, intent on finishing the massacre they started years ago. If Ren can’t figure out how to kickstart her buried powers, her life’s about to go down in flames.

Stockholm Syndrome? No, it’s nothing like that. Ren or her full name, Serenity (what a pretty name), has the freedom, and her kidnapping is a mistake by the Alpha’s lieutenant. Since the alphas know something about her mother, Ren chooses to stick around to find out the truth about herself and her missing mother.

What I like about the story is that Ren doesn’t abandon her old friend, Kylie. She includes her in her quest to search for her mother. But, I get how things can be dangerous, and one day, Ren will have to go without her best friend. But, until then, let’s have some outsiders (human) included in the story to represent us😉.

The story reminds me of Royals of Villain Academy. Where a long-lost daughter of some important figure in the society finally returned, and they have four alphas as well, with one Alpha giving a hard time to the heroine. In this series, it’s West behaving like Malcolm. Also, Malcolm in the series has a wolf as a familiar. I hope the story won’t play out the same as Royals of Villain Academy!

Discovering you may be the last dragon shifter alive—and that you’re destined to take four hot alpha shifters as your mates—can throw a girl for a bit of a loop. But now that Ren is getting her powers and her enemies under control, her confidence is growing. A little hike into the mountains to uncover her mother’s last secret seems like no big deal with her guys by her side.

Too bad life has other plans. The farther Ren goes, the more other secrets surface. Secrets that threaten the fragile peace between the shifters and the fae. Secrets that could destroy the bond Ren’s forming with her mates. With unexpected enemies around every corner, it’ll take all her newfound strength to survive the fray.

This book reminds me of book two in the Traitor of Villains Trilogy – False Augury. The team venture into the wilderness with some enemies stalking them. The sense of urgency to reach the intending place, the challenges they need to face, etc., are similar, but I prefer the other series more than this because the adventure was longer and more challenging.

Meanwhile, I don’t feel much difference between Nate and Aaron’s personalities. I thought they were similar and only Marco and West have distinctive personalities. Maybe as the story progresses, I’ll be able to tell them apart clearly.

The story itself is fun and easy to read, and occasionally, we get some actions and adventures. Another travel bounds to happen in the next book, and this time, we will get to read about a different estate and the possibility of securing the bond with at least one of the remaining two alphas?

Ren is finally getting used to the idea that she’s the last dragon shifter alive—destined to take four alpha shifters as her mates and unite all shifter kind—when more trouble looms on the horizon.

The rogue group that slaughtered her family is still out for blood, and they don’t care who they hurt along the way.

Ren and her mates set out to quash the rebellion once and for all. But the rogues have allies in unexpected places, startling enough to shake Ren’s resolve.

Throw in a challenger hoping to wrench the position of alpha from one of her guys, and this dragon shifter has reached her limit.

How can a girl who’s only known she’s a shifter for three weeks heal sixteen years of chaos?

I’m so glad that our human representative, Kylie, has been included in the story again. It’s cool to read the interaction between the shifters and her. It’s like we’re seeing the world with Kylie’s eyes and what she experienced with the team. I’m just jealous because of my non-existing supernatural friend!

As predicted, only one alpha is left to be claimed, and we will read the last one in the next book and how the team battles the remaining rogues. I’m still unsure whether the Fae will be their biggest problem since we are approaching the end. I guess I’ll just have to read the next book soon.

The paranormal world just can’t seem to cut Ren a break. Just when she thought she could finally settle into normal—well, relatively normal—life as the last of the dragon shifters with her four alpha mates, she finds her people on the brink of a supernatural war.

The vampires have decided all shifter kind must be exterminated, and they’ve got the firepower to make good on that goal.

Ren’s got plenty of fire of her own, of course. But she’s only one dragon, and there are a whole lot of vampires. As she scrambles to protect all of her kin and figure up what the heck is up with the last of her mates, she can’t help suspecting this challenge is more than she and her alphas can handle alone.

The secrets buried in the dragon shifter estate may hold the answer—but finding it will force her to question everything she thought she knew about this new world.

It turned out the vamps were the ones creating the biggest problem, and the fight between the Vamps and the shifters was a classic clash! Kylie did us proud as well. As our only human representative in the story, she did everything she could to help the shifters.

The conclusion to the story was satisfying as usual. I didn’t think Ren could pull it off with all the past conflicts with the Fae community. But she did it and lived up to her title!

We have one last novella to go before wrapping up this series. Perhaps, Eva will write a spin-off of this series in the future where the Fae needs some help from the shifters?

When Ren took on her role as leader of all shifter kind, she brought peace after years of chaos. Now she’s determined to bring her people the most epic Christmas celebration they’ve ever had. And if her mates and friends keep checking in to make sure she’s okay, she’ll just have to keep reminding them she’s only pregnant, not an invalid.

Ren’s mates intend to make this Christmas spectacular for their dragon shifter, too, especially since they suspect there’s more behind her frantic party planning than an avid holiday spirit. Will the surprises they have in store help her find her own peace before they welcome their newborn daughter?

Dragon’s Joy is a sweet-and-sexy novella meant to warm the heart this holiday season. Catch up with Ren, her alpha mates, and all their friends to discover where their lives are taking them next!

Lovely Christmas celebrations at all four of alpha’s estates, finishing up with the birth of Ren’s daughter. Our Ren did her best to please all the four shifters’ community, and she got surprise gestures or gifts from all her four mates.

Now that it’s officially over, my character comparison from the Royals of Villain Academy and this Dragon Shifter’s Mates series is finalised based on what I thought about the heroes’ first impressions or actions towards the heroines.