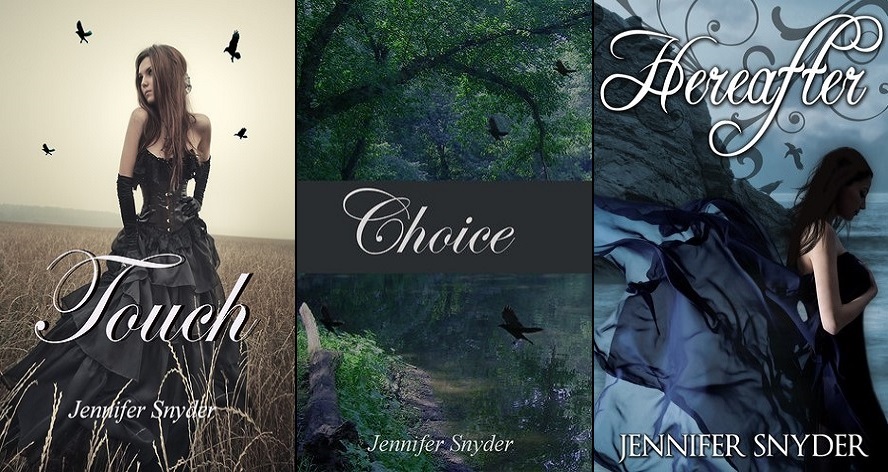 What’s in store after death? Heaven? Hell? Reborn? Find out more in Reaper series with Rowan & Jet. Would they both be given a second chance to live again?

Love is the only thing not even Death can kill…

Seventeen-year-old Rowan Harper knows her life is forever changed the moment her schizophrenic mother commits suicide. What Rowan doesn’t realize is how much her mother’s choice altered her own fate.

It’s not until after meeting Jet, a sapphire-eyed dead boy, Rowan begins to learn of her new destiny as becoming her mother’s replacement for something she never knew existed.

The whole story felt somber, with the suicide and Rowan battling with her emotion to get through her life after her mum departed and the fact she knew she would follow suit very soon. The new knowledge of what she would become when she died and her relationship with Jet was the only thing that making the story tolerable.

It took me ages to finished reading this book because I wasn’t into the whole storyline. There’s one more main book after this, and from what I could see, the story was also short. I wished Jennifer didn’t make this as a series, but as a one-book novel.

People often say everything happens for a reason.

Seventeen-year-old Jet Donavan Mathews is about to find out that statement is not always true. Jet will learn that sometimes there are moments which were never meant to occur, moments where you are left with a choice.

This short story told from Jet’s perspective was interesting to read. Although we did know how he died from the first book, it wasn’t detailed, and we get to read about it in this book and another side of Jet’s story, such as his girlfriend and the abortion. I wished it was longer because I couldn’t connect with the character when it was only about ten pages.

In Death I could finally see the importance of Life…

After being forced to become a Reaper Council member and being torn away from the one she loves, Rowan Harper must learn to accept her altered Fate as well as her death and move on. A task easier said than done, especially when witnessing those you love suffer in the wake of your death.

When an unlikely ally provides information that could change everything, Rowan sets out on a journey through Purgatory with her beloved by her side and a nonchalant Tracker to learn the true meaning of the word sacrifice. Another task which seems easier said than done, especially with the threat of Purgatory’s ability to corrupt your soul the longer you’re in its grip looming above their heads.

This book answered the question of why Rowan’s mother took her own life. It was a sad revelation, and Rowan finally understood and forgave her mother. Overall, their journey to purgatory was fascinating to read, and that’s the only main content that I found interesting in the book.

There were two chapters dedicated to Jet in this book. But I still couldn’t connect with him. Anyway, I was glad that the story finally over; I didn’t enjoy the book. One positive thing was that the conclusion was great because of the HEA.

P/S: The lesson from the story is that life is short, so enjoy while we’re still alive. Also, please forgive and forget.