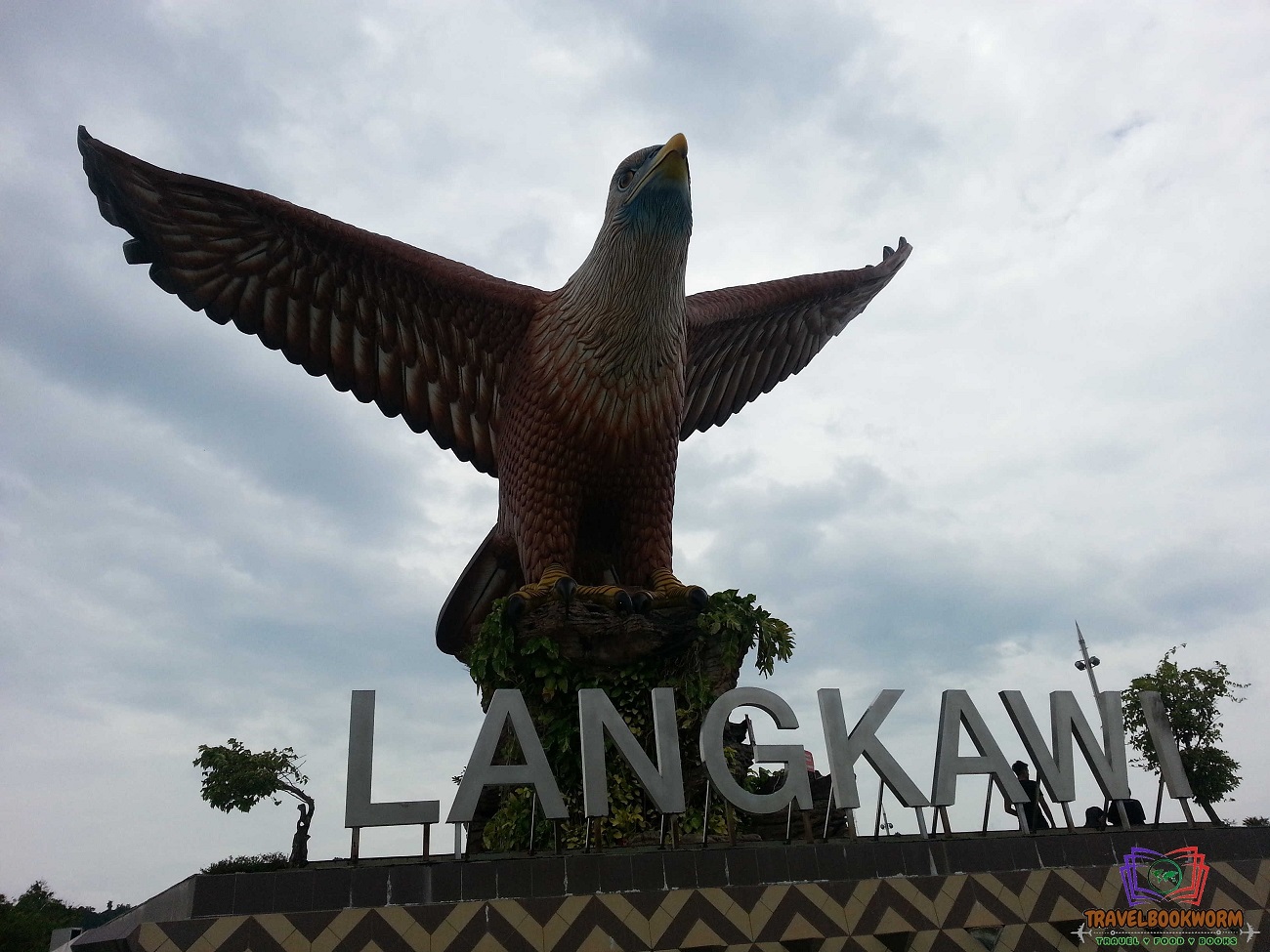 Langkawi, the Duty-Free Island besides Pulau Labuan in Malaysia is a paradise for drinkers and shoppers! However, none of the terms applied to me. Anyway, this was my second time in Langkawi Island, when I first came here, I travelled by flight, but on this trip, I took the ferry instead.

I booked the ticket online with Langkawi Ferry Services Sdn Bhd and the return ticket cost @ RM120.00 per person. But if you don’t trust online purchases, you can get the ticket from various travel agencies at the building next to the Swettenham Pier. (They don’t sell it at the terminal).

Also, please get it at least two days before travelling date during low season and if it’s during peak season, get it earlier than that. By the way, the Pier also being used by international cruise ships, and it was once used as a backdrop for the famous movie “Anna and the King”.

We departed at 8:15 am and stopped by Pulau Payar to drop off passengers, and we reached Langkawi terminal roughly after about 2 hours forty-five minutes. When we arrived at Kuah ferry terminal, the skies looking anguished and ready to shed us with its tears so, we couldn’t stay for much longer at the Dataran Lang and also the Lagenda Langkawi Dalam Taman.

I loved the above picture, it was taken somewhere near the Eagle statue and also the theme park.

I got the information below from the board, it’s the history of the park.

A theme park. Lagenda Langkawi was created to recapture the glorious history of Langkawi. Lagenda Langkawi brings to life the mystifying events and romantic legends that have made Langkawi known as the “Isle of Legends.”

The subject of enchanting tales Langkawi is a cluster of 99 islands. Folklore claimed Langkawi was the habitation of spirits while classical literature Hikayat Merong Mahawangsa related that Garuda, a giant bird nested in these islands.

The Chinese admiral, Cheng Ho, in his voyage to Malacca in 1406 recorded Langkawi in his maps as a cluster of islands known as Lung-Ya-Kiao-Yi. While 16th-century maps embed Langkawi with various names such as Langa, Langka, Langu, Langura and Langapura. Lagenda Langkawi approximately 50 acres is a beautiful park built on reclaimed land with man-made freshwater ponds and a lagoon. A sparkling waterway flows through the middle separating a Hillview on the left from the exciting sculptural displays of the legends on the right. You can enjoy a panoramic view of the Straits of Kuah both from the 20 feet high hill and the 40 feet high Celebration Gallery or a scenic view of the surrounding sea from the two horns of the Tanjung or Cape embracing the lagoon and the Lagenda Beach.

Step into Lagenda Langkawi, a journey through history and a series of gerbang (gateways) will welcome you to an enjoyable passage, rich with mystifying legends and local folklore.

We walked in total about 2.8km from the terminal to our gaff “Bayview hotel”. Once the skies finish unleashing its tears, we went swimming in the hotel ‘s pool for a while. To fueled up, we had our lunch at the Thai restaurant next door and then began our tour in Kuah area.

The next day, we went to Pantai Pasir Tengkorak. This beach is one of the secluded beaches in Langkawi, and the distance is about 36KM from the hotel. We hired a taxi for a round trip and asked him to get us at 4 pm. If I not mistaken, the fare was about RM80+

Interesting information from the board:

Legends of Pasir Tengkorak
How did Pasir Tengkorak (Beach of Skulls) get its eerie name? A local legend mentioned about a sea demon or giant whirlpool that swallowed a countless number of ships and deposited the victim skulls here. According to another legend, the fierce battle between the mystical creatures of Garuda and Jentayu took place on a nearby island and resulted in many casualties. Bodies of those warriors who died in the battle were found at this beach. A more factual but less colourful explanation is that there was a prison located on the island of Tarutao. Many had attempted to escape with difficulties, considering the water here was once infested with sharks. Those who failed were either drowned or killed by these sharks and their bodies were eventually washed away to this shore.

When I first step on the sand, I can feel its soft texture, and when I looked around, I can see the stone have a marked on it. So, I checked on the board for information and here was the explanation.

Pantai Pasir Tengkorak is a pocket of fine white sandy beach in between rugged rocky beaches comprising sandstone and shale. The gently dipping and warping sandstone and shale belonged to upper part of the Machinchang Formation. The sandstone contains some excellent internal cross-bedding and surficial ripple marks, while the inter-bedded sandstone-shale exhibits more interesting load related sedimentary structures such as load cast, flame structure, convoluted bedding, fluid-escaped features and truncated sandstone lenses. Other unique feature is the salt desiccation originated honeycomb like structures called Tafoni. Particularly on the exposed shale. The relief of the tafoni reflects the maturity of the structure while the shapes of the Tafoni usually depend on the joint patterns and the direction of the sea-sprays.

Looking at Tarutao
From this point, looking out to the sea, we are standing directly in front of Tarutao Island, Thailand which is located less than 5 kilometres away. The island was used as a prison in the late 1930’s. The existence of sharks and crocodiles in the surrounding sea and shore at that time ensured that only a few could escape alive. Some of those bodies were swept by the sea current to this shore, hence the name Pasir Tengkorak or Sands of The Skull. Once the waters around Tarutao was known for its feared pirates who raided passing merchant ships and dumped bodies of their victims to the sea. Scary, yes?

The next morning, it was time for us to go back, but before that, we had our breakfast in the hotel then walked to the ferry terminal. While waiting for our ferry to depart at 2:30 pm, we bought a few beers and drank it by the terminal’s lobby overlooking the beautiful scenery.