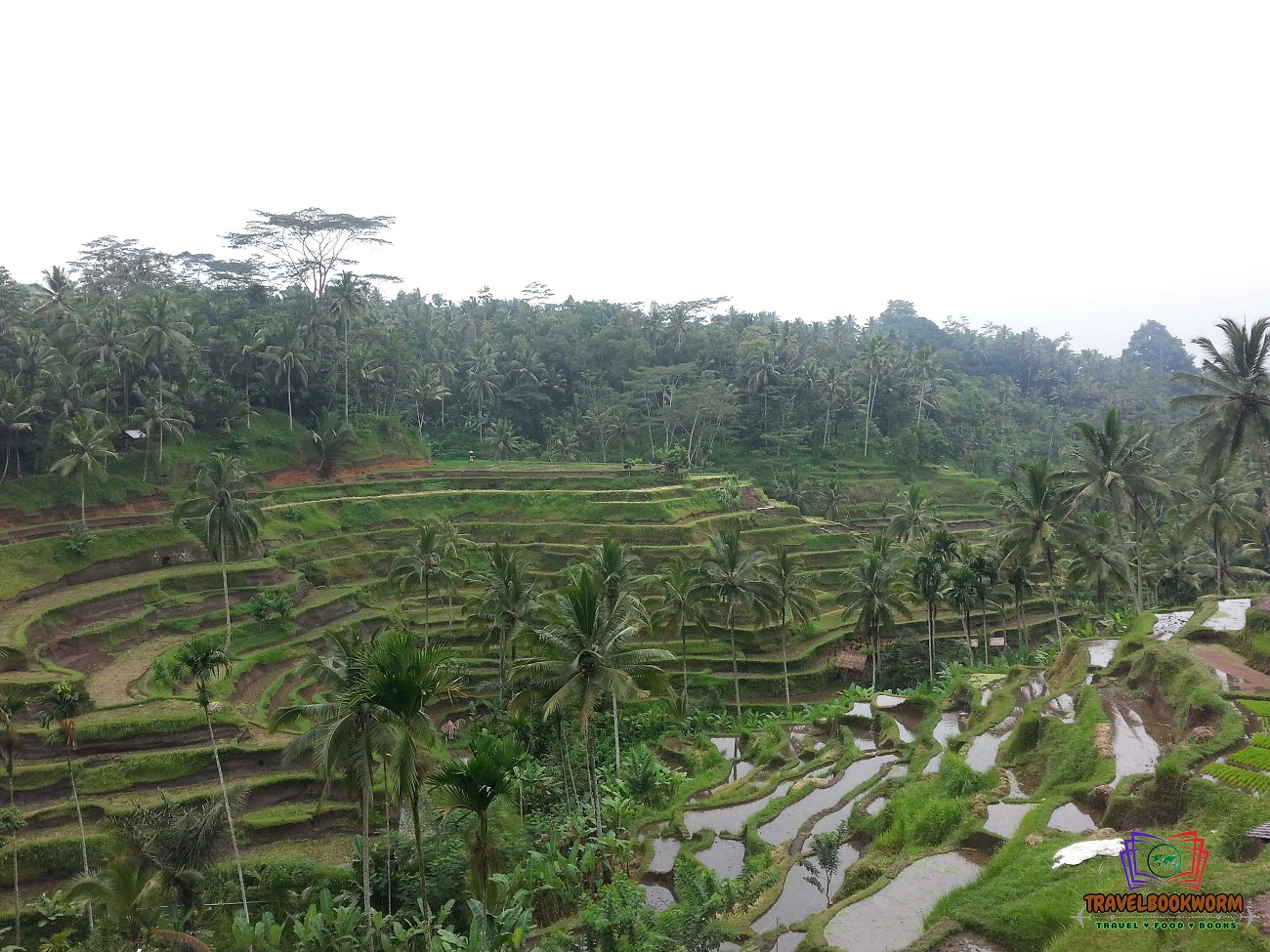 When we first arrived on this beautiful island of Bali, it was at its peak season. However, I wasn’t expecting the immigration to be crowded, but it turned out I was wrong! It took us about an hour plus just to get out of this airport.

Mike’s mate, Sean and his wife Lalaa waiting for us patiently outside the airport. When we hit the road,  I was baffled with the narrowed lane and with the amount of traffic they had.

After freshened up in the hotel, Sean took us to his favourite pub, The Plumbers Arms and we had our meal over there.

The next day Sean took us to Karma Beach Resort, we were lucky that we didn’t have to pay the entrance fees as he works there. The view from the swimming pool overlooking vast of the tranquil blue lagoon was spectacular!

We took the cable car down to the beach. While we were there, we laid back, had a few Bintang beers and enjoyed the serenity of the beach.

On the way back, just around the resort compound, we saw a bunch of monkeys, but I wasn’t sure if they were the Long Tail Macaques.

“Bukit’s long term inhabitants. They’re Long Tailed Macaques and they have lived among the Balinese for thousands of years. Like the Balinese. The temples are the hubs around which they congregate though obviously for very different reasons than their human counterparts. Macaque troops or populations are matrilineal – the females stay within the troop into which they are born. While males may migrate between troops. The Macaques that congregate at times in the environs of the resort have a range that finds its focal point at the famous Pura Luhur Uluwatu temple, just a few kilometres from Karma Kandara. Oh and one more thing, keep an eye on your personal belongings. Some of these guys have developed a penchant for sunglasses and other trinkets.”

Later that night, we had our dinner at Mannekepis Jazz & Blues Bistro, they have an aquarium just above your head, be sure to look up if you happen to be there!

The next day we hired a car with a driver to go for a tour in Ubud. Our first destination was Yan Yan Silver, located at Batuan. They had varieties of hand-made jewellery, and it was all made beautifully. I couldn’t resist the temptation, so, I bought myself a pair of earrings.

Next stop, we went to the Batuan Temple which was about 3 km away. Since I was wearing a short, I had to put on a Sarong which I got from the entrance; it’s free of charge.

The lotus flower is troubled.
At the sun’s resplendent light;
With sunken head and sadly
She dreamily waits for the night.

For lunch, he took us to Lakeview Restaurant Kintamani. The restaurant located at the top of a hill overlooking Lake Danu & Mount Batur.

The lunch was in a buffet style with a variety of choices from Asian to Western. On our way back, we stopped at the roadside for a while to look at the view of the famous terraced rice paddies before resuming our tour to Bali Paulina Coffee Plantations.

At the plantation, we learned the process of making Coffee Luwak too. According to them, these Civet cats digested the coffee beans and then they will collect the feces, separate the beans, wash, dry, pound to remove the skin, sort and finally roast it.

We tried eight regular types of their coffees for free of charge and also paid for IDR 50,000 for a glass of their famous Coffee Luwak.

If you love the taste of the coffees, you can purchase one and bring it back home. The coffee Luwak selling price is RP400,000 for 100grams.

Throughout the journey, we saw plenty of woods carving handicraft stores on the roadside which offered many types of design from holy figurines to the naughty one.

Due to heavy traffic, we canceled our last tour to the Monkey forest and headed back to the hotel.

On Christmas Day, we went to Petitenget Bar & Restaurant for breakfast and walked along Seminyak beach, after that, we went to Potato Head Beach Club for a few drinks.
As for Christmas lunch, we had our meal at Merah Putih Restaurant, and for the closing, we went to Amazing Bali Cafe for the beautiful sunset view on the beach.