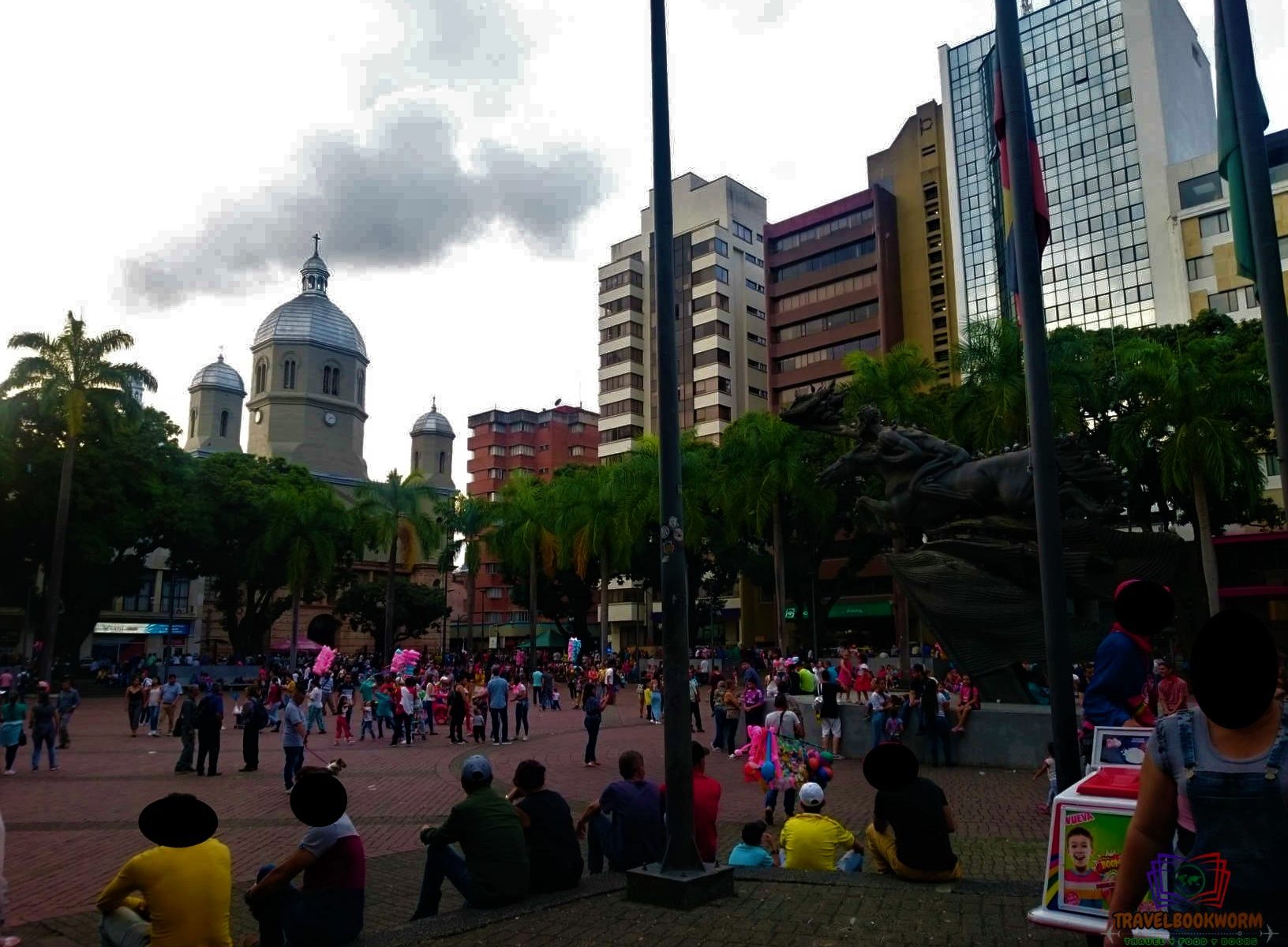 Pereira is a city known for trade and commerce, and not so much on tourism. Located in the foothills of the Andes in a coffee-region, with an elevation of about 1,400 metres. The average daily high temperature ranges from 25°C to 27°C, and the average daily low ranges from 16°C to 17°C, which is quite similar to Medellin.

Bus from Salento to Pereira

The bus terminal to Pereira located about 850 metres from the place we stayed – Art Velez Hostel. When we got there, we walked past a group of friendly drivers who sat in a cafe having their break. They asked us where we wanted to go, and then directed us to the bus which parked at the corner.

There were only a few people in it, but thankfully, we didn’t have to wait until its full. The ride cost 8,000COP per person. During the journey, we picked up the others who flagged down the bus. Some of the passengers stopped at the junction to Filandia. 56 minutes later, we arrived in Pereira terminal.

This modern hotel located about 270 metres to Bolivar Square, and it’s one of the main reason why we chose this place at first. The taxi cost 6,500COP from the terminal, and we arrived at the hotel just before 12 noon. Although the official check-in time was 3 pm, we didn’t have a problem getting into our room early, and we’re grateful for that.

The bed was comfy with a modern bathroom, and breakfast was simple. However, the building didn’t have any lift. I saw the lift shaft though, but it was empty. If I were to make a guess, I would say that they probably just renovated the place, and getting one install soon, or maybe they’d completely removed the facility. Thankfully, our room located on the third floor, and we only carrying a backpack each.

In the afternoon, we went out for a walk and also to have lunch, but as we walked around the town, we noticed that most of the shops closed, and it was quite challenging to find places to eat. We settled for the little restaurant near our hotel called Restaurante Casa Del Sabor and had menu del dia. The meal came with fish soup, drinks and fruits, and it cost 18,000COP for two. It was slightly cheaper than in Bogota where the average cost was 10,000COP for one.

No visit to Pereira is complete without a visit to Bolivar Square. A favourite spot for the locals to sit down relax and talk with each other, or getting a light snack from one of the many vendors selling food and drinks around the place.

Set in the Bolivar Square is a statue made by Rodrigo Arenas Betancourt. One of the most important representatives of Colombian sculpture who was born on 23rd October 1919, and died on 14th May 1995 in Medellin. The 11-ton naked bronze sculpture of Bolivar on horseback is 8.5m high.

Located on the western side of the Plaza de Bolívar, this Roman Catholic church’s internal structure consists of 13,503 pieces of curly cumin wood to shoulder the roof. It was built in 1890 and elevated to a cathedral by Pope Pius XII in December 1952.

Usually, when we go out for a drink, we prefered Tiendas. However, during our visit which fell on Semana Santa week, most of the places were closed. We found one though, but they closed early, and the only decent places that were open were the billiard clubs.

There were two billiard clubs that we went to – Club de Billares Continental and also Ejecutivos Club. In both places, I noticed that most of the customers were elderly people, dressed up nicely with polished shoes. However, instead of drinking beers, they drank Tinto Coffee.

The Club Colombia and Redd’s beer bottled here cost 3,500COP. Cheap compared to the places we went at the beginning of our trip – Cali and Salento.

On our way back to the hotel that night, most of the street heading towards Bolivar square were closed. A marching band was getting ready to perform on the square, and peoples stood patiently along the roadside, waiting for the parade to start.

There’re also others that totally oblivious to its surrounding, enjoying themselves by playing chess on the square.

We didn’t wait for the event though, plus we’re feeling tired, so we went to bed early. We’re very eager to wrap up the day and leave this place to Santa Rosa De Cabal, where the hot spring awaits in our next journey.

Though there’s also a bus going to the Termales from here, however, it’s much closer leaving from the place where we’re staying tomorrow.