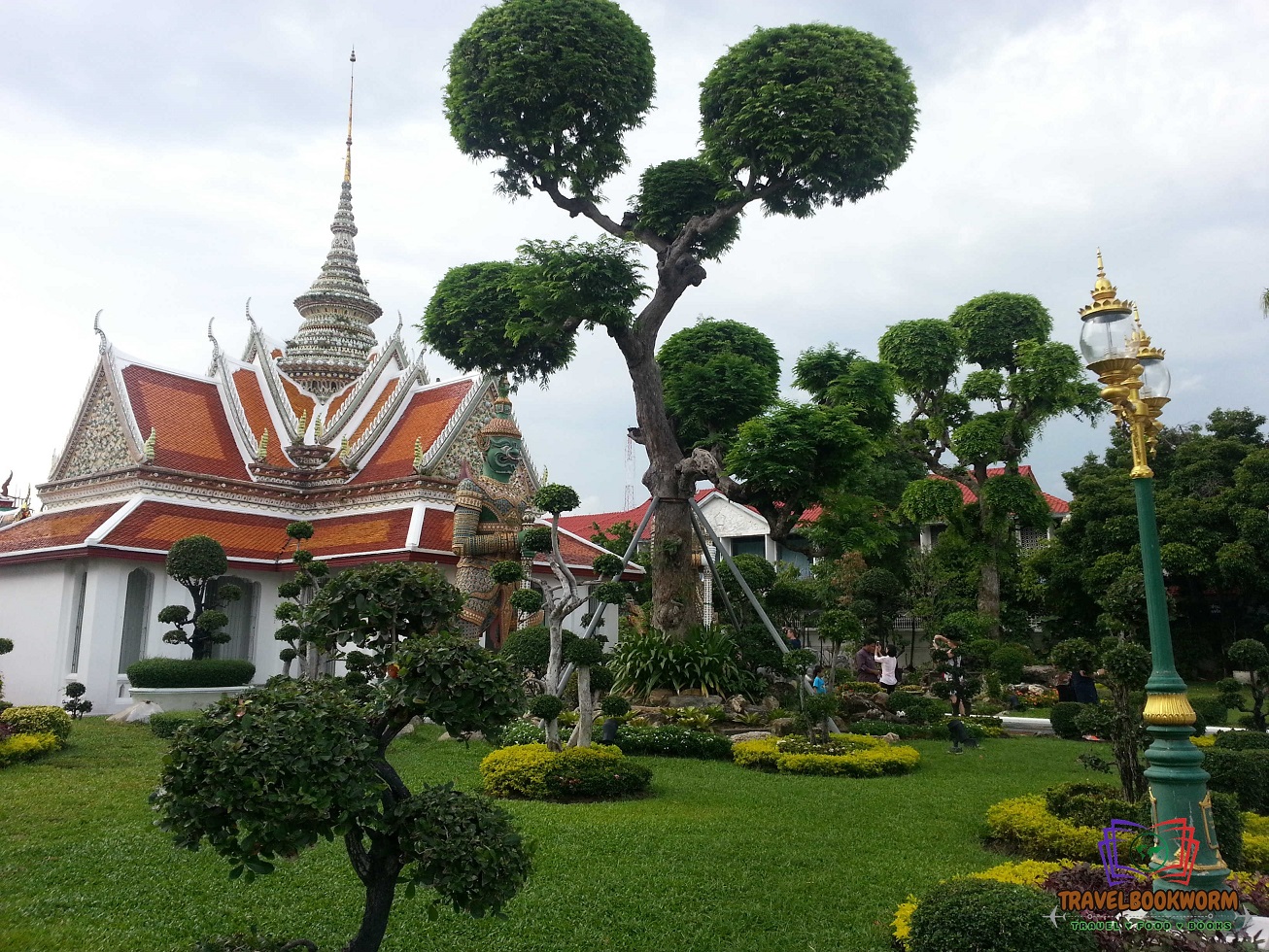 I’ve always been interested in visiting Bangkok, so, when Mike asked me where I would like to go for my birthday, I suggested Bangkok. It didn’t take long for him to approve my choice of place since Bangkok has always been his favourite city.

However, we didn’t travel precisely on my birthday. Instead, we flew from Penang International Airport on the 19th. From Don Muang airport, we took a taxi to the Pinnacle Lumpinee Park Hotel. The taxi charges were around 300baht including toll.

Due to some unforeseen accident, we had to make an unexpected visit to Saint Louis Hospital and spent 3,629baht for stitches and some medication. Just when we forgot to purchase travel insurance! Guys, always remember, travel insurance is a must-have when travelling abroad.

Although we have a little misfortune, it didn’t stop us from having fun and go ahead with our initial plan. We took a train from Bang Wa to Saphan Taksin station where the Pier for Chao Phraya river cruise located. The ticket price is 40baht per person for a single trip.

The boat that we took has a guide on board, and he told us about the main attraction along the river. We got off at Tha Tien Pier for a visit to The Temple of The Reclining Buddha (Wat Pho). The entrance ticket is 100baht per person, and it comes with a free one bottle of mineral water. The temple is one of the oldest temples in Bangkok, and Rama III built the Reclining Buddha in 1832. It’s 15 metres high and 46 metres long.

It started to rain when we got inside the temple, and it took about an hour before it finally bearable to walk without needing an umbrella. We didn’t explore the rest of the Temple compound as we were afraid it would start raining again before we manage to get to the other places. Before heading to the next location, we had our lunch at the nearest food stall.

Walking back to the pier, we took the cross riverboat to Wat Arun. The charges are 5 baht per person and the entrance ticket to Wat Arun Rajwararam (The Temple of Dawn) was 50 baht each.

From up there I was able to see Chao Phraya River, Grand Palace and also the Temple that we went earlier on. The view was fabulous!

For those who have Acrophobia, I won’t advise you to climb it because they are very steep. Holding on to the railing while slowly descending, my feet were still shaking by the time I get to the bottom. Maybe I’m a little Acrophobia LOL.

Once we finish touring Wat Arun, we took the cross riverboat again and back to the other side. From there, we took a taxi to Khao San road.

There were many foreigners in this place and mostly were backpackers. We stopped by for a few drinks at Center Khao San before heading to Good Story Bangkok restaurant for drinks and dinner.

The next day, we went to Siam Paragon and MBK for a walk. It was raining when we reached Saladaeng BTS.

Stranded at the station, I was looking down to the shop and noticed a few of the workers were hitting something on the floor while screaming and jumping on their feet. Later on, I found out that they were all hitting cockroaches and the poor insect was fleeing to dry land saving themselves from the flooded drain.

Once the rain stopped, we walked for about 2 minutes to get to “Hai” Somtum Convent which is at Silom road just opposite the Irish Pub, Molly Malone. The restaurant is famous for its Isan food, and it was my first time here. I find that I really like the food and I would definitely be coming back again in future.

When night comes, we went to Banyan tree’s rooftop bar. The lift only reached level 59th, and we had to take the staircase up to another level before we finally got to the Moon Bar. The view was amazing, and I felt like I could almost touch the sky!

We had a few drinks there and then we were off to another place. We took a Tuk-tuk to Molly Malone’s Irish pub and had our dinner plus another round of drinks.

We couldn’t stay out late because we need to get up early morning to the hospital before getting the train down to Ayutthaya.