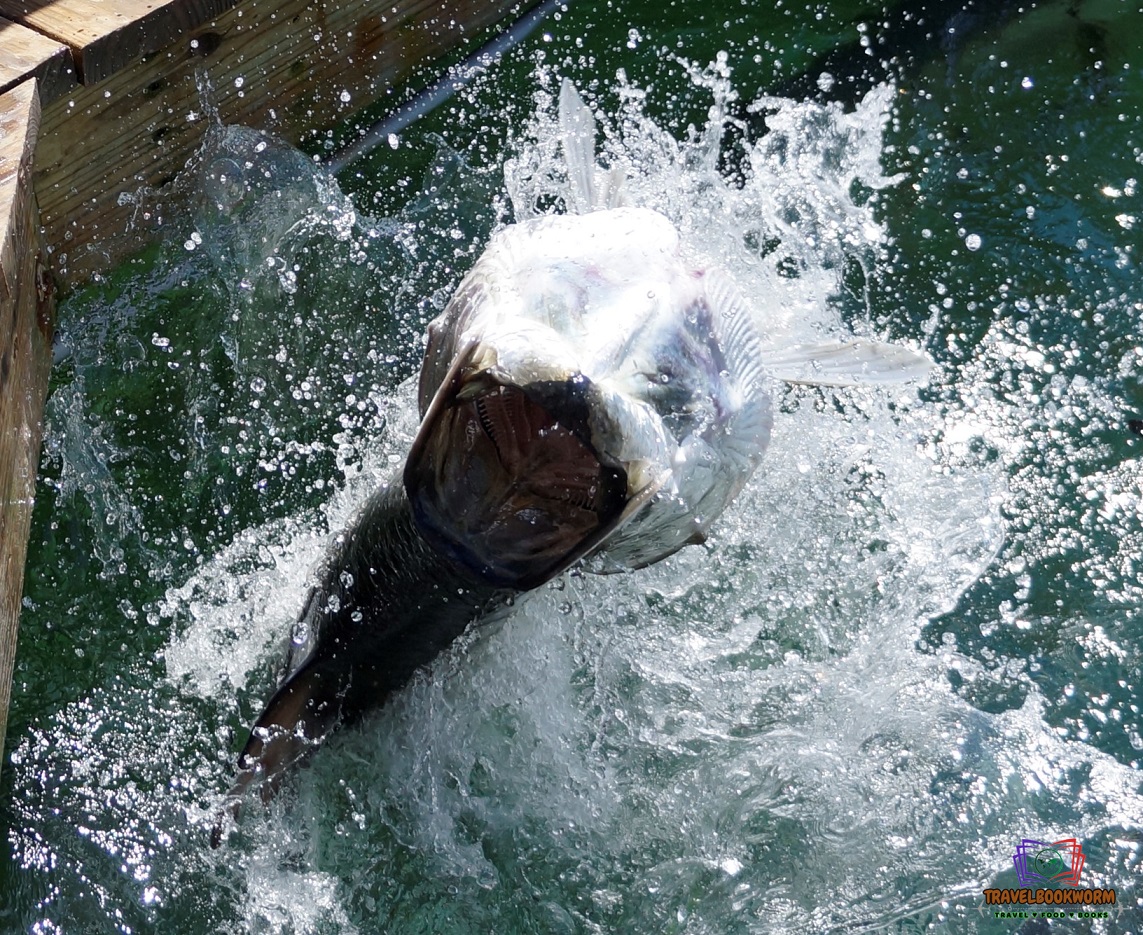 Although we didn’t drive on our own but hired a car that comes with a driver from Keys Transportation, we were lucky because Dave was super friendly and knowledgeable. He knew his way around, the history, including what time was best to leave to avoid traffic, exciting places to visit in the keys. Dave also went the extra mile by taking us to some of the exciting places, as well as stopping at Winn Dixie for us to do some grocery shopping!

For the record, we didn’t drive straight from Miami to Key West but stayed in some places before reaching Key West. However, on our way back, we drove straight from Key West to Miami, and only stopping for lunch and a quick grab of some Cuban coffee in Key Largo. The whole drive, which was about 177km took about four hours.

We first started our journey from South Beach. Dave came to get us from Hotel Victor, where we stayed for three nights. The drive was smooth and easy, driving past the bridge overlooking Downtown Miami, and the big cruise docking by the bay.

Before reaching our destination in Key Largo, where we stayed for three nights, Dave told us to look at the swampland and told us about Alligator on the left side, and Crocodile on the other side. But we didn’t see the creatures though. He also told us about a bird who’s nesting on top of a pole, but I couldn’t remember much about the story, sorry Dave!

The drive from Key Largo to Islamorada was short, only took less than thirty minutes. On the way, Dave stopped by the Hurricane monument, which we didn’t get to see because while we’re in Islamorada, staying in Hadley house with a beautiful sea view from our balcony, we couldn’t be bothered to go out exploring. While we only stopped for a brief moment next to the monument, we stayed for longer at the wild bird sanctuary, and also take pictures next to the big lobster.

This seven-acre bird sanctuary is free to enter, and it’s a place to rehabilitate birds that are inadequate to return to the wild. When we were there, we saw Leopard Barred Owl, Great Horned Owl, Eastern Screech Owl, Barn Owl, Broad Winged Hawk, Turkey Vulture, Harris’s Hawk, Crandon, Pelican, shorebird, Songbird, and most importantly, the star of the place, Fred the Parrot. The love and efforts they invested in this sanctuary were admirable; you can see they made a grave for one of their beloved white bird named Pickles.

This work of art of massive lobster does look like a real lobster, and it’s a must-stop for a photo on your way to Key West! If it were real, how much butter do you think you need to cook this giant lobster?

This hurricane monument is about 25 feet long; built for the remembrance of the tragic hurricane in the 1930s.

The longest drive with Dave was from Islamorada to Key West. On our way, Dave took us to feed the tarpon, searched for deers, went to the blue hole to look for Aligator and before driving back to the main road, he drove past the No Name pub.

Dangling a fish while waiting for the Tarpon to snatch it from your hand was one of the most exciting activities along our drive to Key West. It was exhilarating and fun, and I won’t forget the experience!

Be careful though, don’t let the fish swallow your hand with its huge mouth! Thankfully mine only a little scratch.

You can buy the fish from the counter, and it cost $4 for a bucket of 10 fish. Besides feeding the fish, you can also buy souvenirs from this place. There are many stalls selling arts, shirts, key chains, fridge magnets, etc. The wall also painted with a story about the scarface, not sure if it’s real though.

The Legend of Scarface – 1976, Islamorada MM 77.5
The owners of Robbies saw a Tarpon floundering in shallow water when Robbie went to guide the Tarpon into deeper water; he discovered its jaw was ripped open. The story tells he then called his friend ‘Old Doc Roach’ who sewed the jay with twine and a mattress needle. After hand feeding and six months in a balt tank, the healthy tarpon ‘Scarface’ went back to the wild…But not quite. Scarface kept coming back, and he brought his friends too.

The blue hole was an abandoned rock quarry, but over time, the rainwater filled up the void and turning it into a lake. Now, it’s the only freshwater lake in the Florida Keys. I’m not sure why they called this lake a blue hole, because it wasn’t blue.

This place was beautiful and serene, but we didn’t get to see the Aligator. However, we saw one doe grazing the grass on the roadside close to this place.

We didn’t go inside the pub, just drove past it. But from the review, it sounded a cool pub!

“Best casual dining experience in the Florida Keys.” They went on to say, if you can find it you’ll be rewarded with the best pizza anywhere, chili, smoked fish dip and sandwiches served on paper plates in a real old rustic bar plastered with autographed dollar bills; those in the know say this Big Pine Key haunt is “worth the drive.” – Source: the official website

The drive with Dave was informative, and we learned a lot from him on the history and what only locals knew about such as the story of the old bridge, the purple roof house, the extent of hurricane damages, the place where they trained flipper the dolphin and his burial place, and also about the little girl bicycle monument. When we reached in Key West, Dave also offered to drive us around while waiting for our hotel – Parrot Key to be ready, however, we declined his offer.

We couldn’t praise Dave enough for his service offered, he was the right person to go with, and we totally recommend him for your convenience and relaxing journey to the Keys. Dave can be contacted via his website or call him at 305 395 0299.

Lona drove us from Key West back to Miami, and during the journey, we stopped for lunch in Mangrove Mike’s.

It’s a pretty café, and the food was delicious. The wall on the café adorned with many photos framing the fishing moments, and on the other side, the wall painted with various fish along with name record of the pioneers and legend. Besides food, the café also sells souvenirs, which is convenient in case you forget to get one.