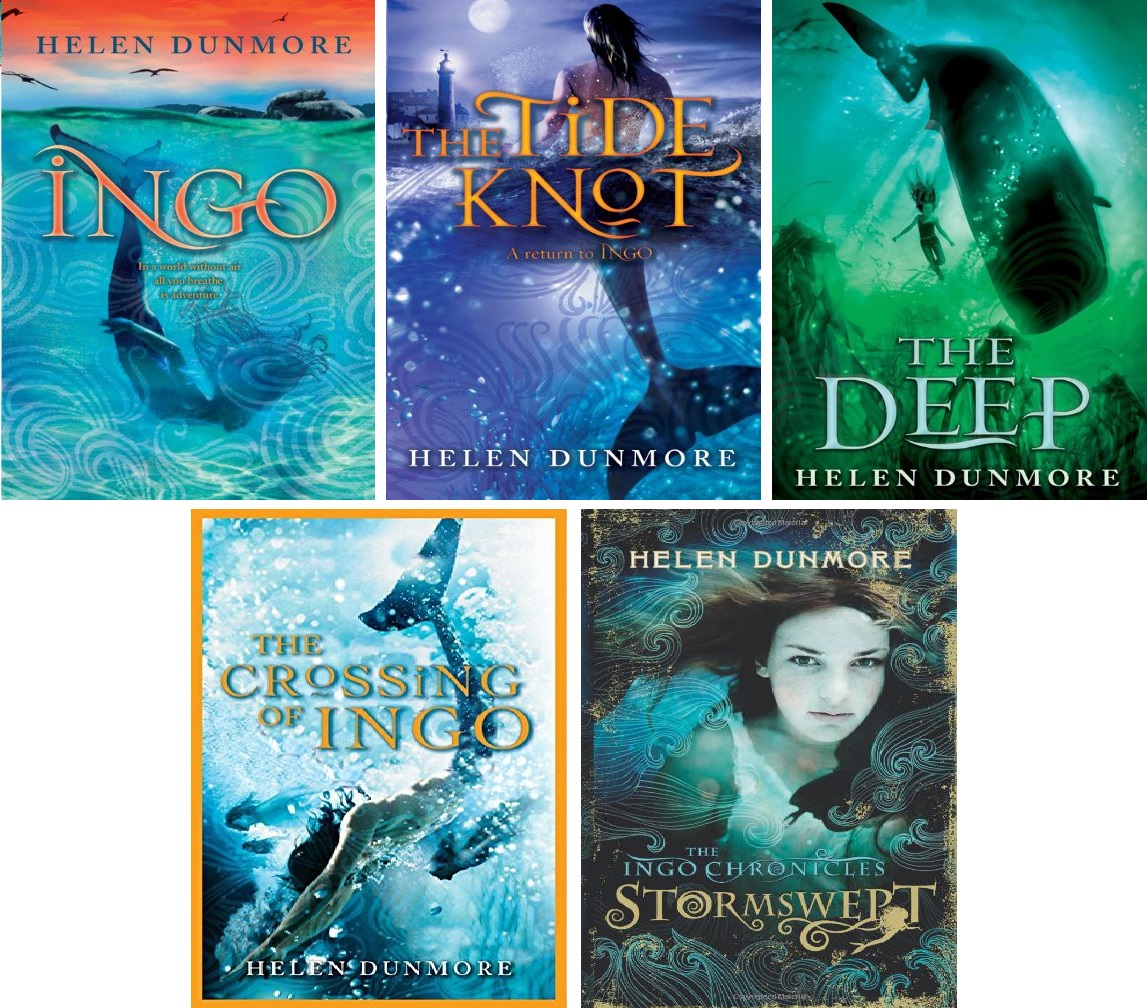 Sapphy and her brother, Connor live happily with their parents by the Cornwall coast. But everything has changed when the man of the house fails to return home from a late-night boat trip.

The siblings refused to believe that their dad was drowned in the sea as claimed by everyone else. And when they found out the existence of Ingo, befriended with the beings, Faro and Elvira. They became more certain that their dad is still alive.

They clung to the hope that, one day they would find him in Ingo. But, in order to get to the underwater and get all the answers, Sapphy and Connor must embrace their heritage and solve some conflicts between the two worlds.

I was reading the series while holidaying in Sabah. During the trip, I got the opportunity to meet up with my friend, Monica who loves diving. Being an underwater modal, she spent hours diving and had been to many places. I asked her about any strange things that had happened throughout her diving life, and she didn’t hesitate to tell me a story that took place somewhere in Pitas about a decade ago.

On that day, she went diving with her friends in an area that wasn’t exactly a diving spot. The place has a dark deep slope, and that’s where they saw a long hair creature with the upper body of a man and the tail of a fish. The creature was slowly rising from the slope and stop short when it noticed them before quickly retreated back to the dark.

During that time, they didn’t have a proper camera to capture an underwater image, but even when they have it back then, it wouldn’t bring any good because they were too shocked to even moved a muscle.

There’s a legend telling about the area she dived, it used to be a village that was submerged in the water due to some curse. The merman that they saw was probably one of the descendent having mutated and adapted to live underwater. I then asked her if she would ever go back to the same spot again for diving, and she firmly told me No!

I only started reading the Stormswept once I came back from my holiday, and I was a bit surprised to find that the story she told me was kind of similar to one of the scenes in the book!

In Stormswept, the twin sisters, Morveren and Jenna are about to learn the existence of a different world and species. It all happened when Morveren found an injured merman named Marlin while she was out searching for a missing sailor.

Due to her lack of strength, she has to get her sister involved. Together with Jenna, they moved him to a secluded salt pool for recuperation and swear not to tell anyone about it. However, the danger is always lurking around especially to a species like Marlin.

Over time, the bond between the twin grew apart while the relationship between Morveren and Marlin blossoming. Morveren would have to make a choice whether to stay with her family or to go away with Marlin into the underwater kingdom, Ingo.

This series is suitable for a young reader; not a romantic story but brotherly love and friendship. The choice of words is light and easy and I did enjoy reading Sapphy’s & Connor’s adventure.

Meanwhile, towards the end of the story in stormswept, it had made my heart racing for the fear of Marlin’s safety. Overall, I thought that the stories about Ingo were fascinating and fun. Oh, how I wish I was away in Ingo!