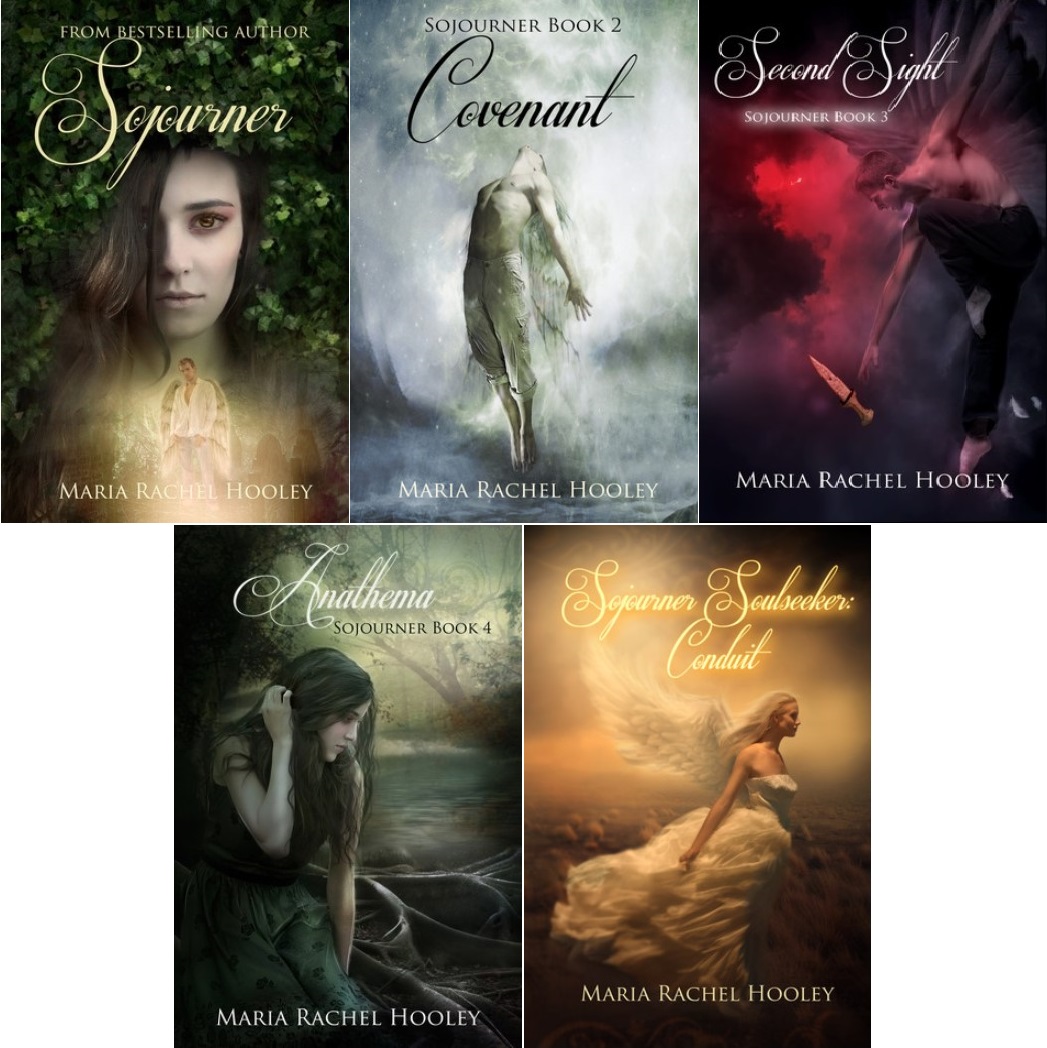 How do you feel if you suddenly get to meet with the person that you have been dreaming about for countless times?

But it wasn’t a romantic kind of dream. Instead, it was a nightmare. You were killed, and the person just stood there watching you die over and over again.

From getting to know the person in her dream, facing a broken heart and then having the power to kill angels. Elizabeth’s life entangled by being that could hurt her and also protect her.

I find that the main character, Elizabeth is so annoying, especially in book three, Second sight. She has been searching for him for so long, and when she finally gets to see him again, she doesn’t want to, hence, leading to more drama.

Most of the readers that have read the series agreed that it should end in book four, Anathema, which was published in 2009. But the author wants to continue with it. Hence, after six years nine months, she came out with Sojourner Soulseeker: Conduit. And since I have already got the book, I read it.

But personally, I would say let’s stop at Anathema and consider it as the conclusion. However, it’s entirely up to you, if you love the series, you can proceed reading the book five and wait for the next sequel to come.

The book effect on me:

The first day that I started reading this story was the day that I had just finished reading the Medusa Girls’ last book. So, the monster from the story was still fresh in my mind. I remembered having a dream. The attacker was behind me, and its big hands covered my mouth.

I tried hard to wriggle free, and during the attempt, I find myself touching the attacker’s face, and I realised that it only has one eye. I tried hard shouting over and over again, and when I finally made it, I was awakened by the loudest scream that I had ever made.

But the funniest thing was that I screamed “Stroll”, instead of Troll or the real monster’s name, Cyclops. My point was that I couldn’t imagine putting myself in Elizabeth’s life where she had a nightmare for most of the night and waking up screaming. I would go mental!