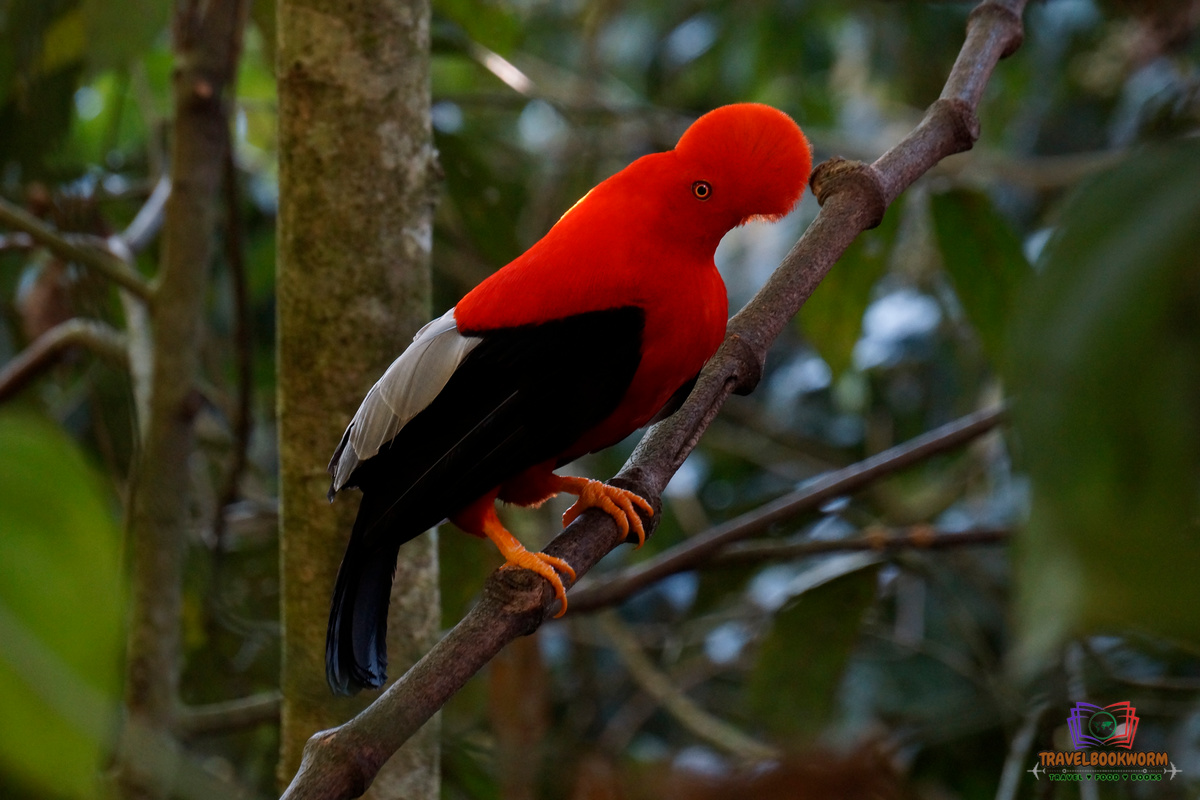 After spending four days, three nights here, I could say Jardin was one of the places in Colombia that I wouldn’t mind revisiting. It had a pleasant temperature, beautiful nature and a pretty colourful little town. Come to Jardin and ignore Guatapé for its giant rock with a beautiful view over the Reservoir and also Salento with its tallest palm tree in the world!

Hold that thought; I was only joking. The two places have their charms, and if you have time, visiting those places wouldn’t do you any harm. Instead, you will have more memories to hold, but it might dent your bank a little bit, 😉😉 tourist town alert.

I mentioned earlier that Jardin had a pleasant climate. It wasn’t too cold or warm when we’re there. However, it did rain occasionally. This colonial town was well-kept, with the building around the square painted with bright colour, which was very charming.

Basilica of the Immaculate Conception

In the square stood proudly was this imposing building, Neo-Gothic temple – Basilica of the Immaculate Conception. It was the tallest in town, which was hard to miss, and the bell tower was a place to check out for a panoramic view of the town and its surrounding.

Besides the beautiful colourful building and the view from the tower, Jardin, as you know, means garden in English, offered fresh air, greenery scenery with breath-taking mountain views. For the most incredible view of the town and scenery, head on to Cafe Jardin or Mirador Cristo Rey.

When we’re there, the café was busy, and we have no place to sit. So, after taking pictures of the surrounding view and the famous sign of Jardin, which took a while as many people love taking selfie/group picture, we headed down.

Cristo Rey was located about 800meter away from Cafe Jardin. This place was much quieter with plenty of sitting area, plus it also offered a great view of the town.

The walk back was quite steep. We weren’t sure where we’d come out and quite surprise that it was so close to our accommodation, which was just down the street to Casa Emiliana.

One thing that made Jardin close to my heart was the opportunity to see this rare bird. Seeing this unique bird with my own eyes was an unforgettable experience, and I highly recommend this place.

This private reserve was located about 450m from the square on Calle 9 towards the yellow bridge. The entrance to this place was on the right side, just before the bridge, and the cost was 10,000COP per person. I spent just over an hour observing the bird, and it wasn’t hard to spot them. But what I didn’t see was the female.

We have the pleasure of getting to know a friendly dog in the square. A black dog and Trev named him Bob. I wasn’t there to witness the first initial contact. But according to Mike, they first met him during breakfast, and Bob had been following them ever since.

Mike took Trev up to Cafe Jardin, and Bob acted as a tour guide to them, always on the front and patiently waited for them before he moved again. Bob also stayed with us at the house for the night, and if it weren’t because of the unfortunate event at the wet dog bar, Bob would have remained with us until our last day here.

Food and Drink Around the Square

There were many eatery places around the square, but one that we frequent was called La Parilla. We loved the food there! The restaurant had two levels, but the top floor was without a street view.

It cost 4,500COP for a can of Club Colombia when sat on the colourful table and chair on the Parque, where the server from Latampa brought it over. The best thing was that outside food was allowed. I brought some chicken wings from Sebas Alitas, and it cost 27,000COP for 20 pieces of wings.

Drinking in a local place was cheaper too. However, I couldn’t remember the place name, and we call it a wet dog bar because Bob was accidentally poured with beer by the lady who danced with Trev. He ran off, and we never saw him again after that, which broke Trev’s heart.

We also tried the bar located next to the Basilica, El Balconcito. But as the bill came in a total, I wasn’t sure how much it was for a can of CC. We had three Whisky shots, four Aguardiente shots, one Margarita and two cans of Club Colombia, which cost 71,000COP.

Located at Cra 2, this place was even better than it looked in the photos advertised on Airbnb. It had two floors, and we rented the ground floor. The living room was an ample open space connected to the kitchen, two rooms that could accommodate up to six persons, a fully functional kitchen, and a view overlooking nature.

Everything was taken care of – even down to fresh coffee. It’s a fantastic place to stay, and we recommended it 100%. I especially loved the linen spray the owner left on the property. It’s Aqua Line by Hosh, and I purchased it when I’d returned to Bogota.

On this trip, we have our own designated driver, Trev. The car rent was about 60,000COP – 75,000COP per day, which we paid when we reached the company (Localiza Rent a Car Medellin 4 Sur) from Santa Fe. The three-hour drive to Jardin was pleasant and relaxing, with no police stop etc., and the best part was that we have the freedom to stop!