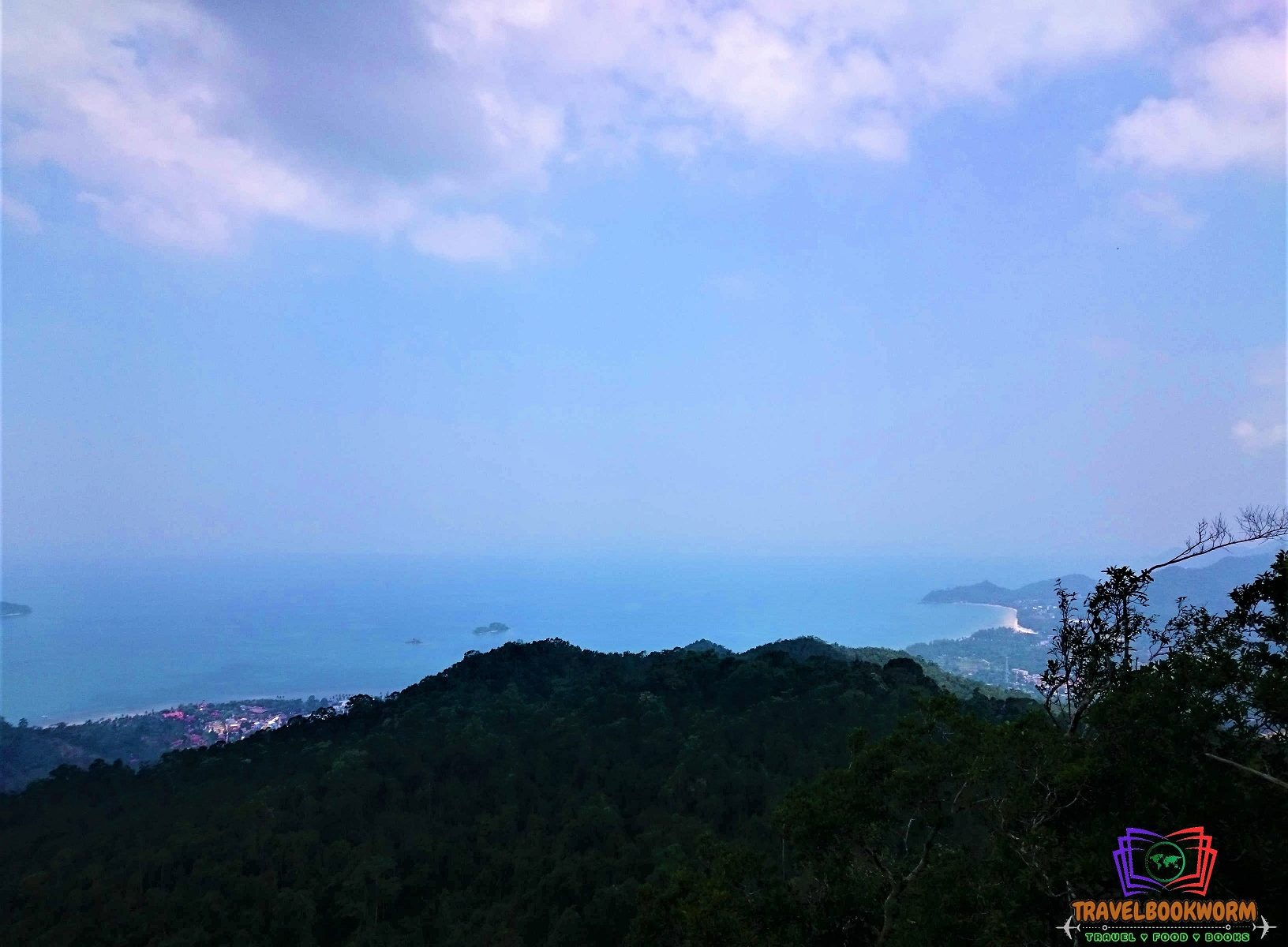 Jungle trekking is one of the activity must do when visiting Koh Chang. However, accessing the waterfall or finding the safest routes to the peak of the jungle was hard work without marked trails. The only way to safely explore those places is by going with a local experienced tour guide.

There are very few licensed tour guides in Koh Chang, and not many could speak English fluently as Mr Tan. He is knowledgeable, passionate about the jungle and has been trekking in Koh Chang for over a decade.

Tan Trekking offered four different hiking routes. The activities are ranging from 3 hours to 8 hours with a different difficulty level.

If you fancy a hike and wish to deal with him directly, you could email or give him a call. Other than that, you could also book his tour from the travel agent near you.

During our six nights holiday in Koh Chang, Matthew, Mike and I had a nice exercise walking in the jungle with Mr Tan. We chose Klong Prao Trek, its difficulty level in between medium and hard.

On that day,  Mr Tan arrived at our hotel at 8:10 am driving his DMX Spacecab, and we were the first one that he picked up. We stopped by to a few other hotels along the road to get the other hikers before driving away to a place near the rubber plantation and parked the car. Shortly after that, another car arrived and unloaded a few more hikers. There were 14 of us on the trip, and besides Mr Tan, I was the only Asian in the group. The rest of the hikers were from Germany, the UK, and other western countries.

Before we begin the journey, he briefed us on the trekking plan and also the rules. He then asked us to load the meal that he had prepared for us in our bag, as well as the bottled water. If you didn’t bring your backpack and walking sticks, you could borrow one from him.

Once we loaded the essentials in our backpack, we start our journey at 9 am by walking across the rubber plantation before entering the secret entrance that only Mr Tan knows about it.

Along the way, he would let us know whenever we came across something interesting such as the Redwood, Banyan tree, Rattan, Orchid, Fern, Cicada’s nest, and snake.

We conquered the first hill at 11:12 am and had a little break. Mr Tan told us that we could leave our backpack in this spot and collect it when we returned from the summit about 600metres away. The hike would be the hardest, and it would be wiser to leave it there.

Although 600 metres doesn’t seem far away, the elevation had made me felt like I had walked miles away. We arrived at the top of the unnamed hill after 25 minutes hike. The view overlooking Kai Bae, Klong Prao, and Chai Chet beaches was fantastic. We spent about 15 minutes resting and admiring the picturesque view before walking down on a different trail back to where we left our backpack.

Throughout the whole journey, there’s only one place that was a bit challenging. It required us to hold onto a rope to get down from the steep slope. Other than that, it wasn’t that difficult. We had our lunch at a riverside. The water was clear with plenty of little fish. I gave some of my rice to the fish, and they all seemed to like it.

Once we finished our lunch, we resumed our walk and arrived 30 minutes later to the undisturbed Waterfall.

Hidden in the jungle, Mr Tan called it a Secret Waterfall. There’s no information can be found online about this waterfall, and I can only guess the height was about 18 foot. I believe it would look majestic during the rainy season when the volume of water cascading over the Falls at its greatest.

25 minutes later, once everyone had freshened up, we hiked down along the river, and it’s a long walk before we reached the elephant camp. We also stopped by to look back at the hill that we had conquered earlier before heading towards the rubber plantation near the starting point. When we reached the car, we just realised that 5 of the hikers went missing.

Just when Mr Tan reversing his car to go back and look for them at our last stop, his partner that drove the other car this morning showed up and told him that he saw them on the main road. We weren’t sure if that’s them and still trying to decide whether to go back or to go to the main road when the missing hikers showed up. They told us that they got carried away looking at the scenery and took the wrong junction, instead of heading towards the rubber plantation, they took the other way. We were all laughing after they finished the story.

Relieved that everyone was finally there, Mr Tan finally was able to carry out his final task – driving us back to our hotel. We got back to the hotel at 5 pm. Comparing with the Jirisan, this one offered more to see, and this hike had been a little bit more challenging due to its distance. I could feel my muscle burning that night.