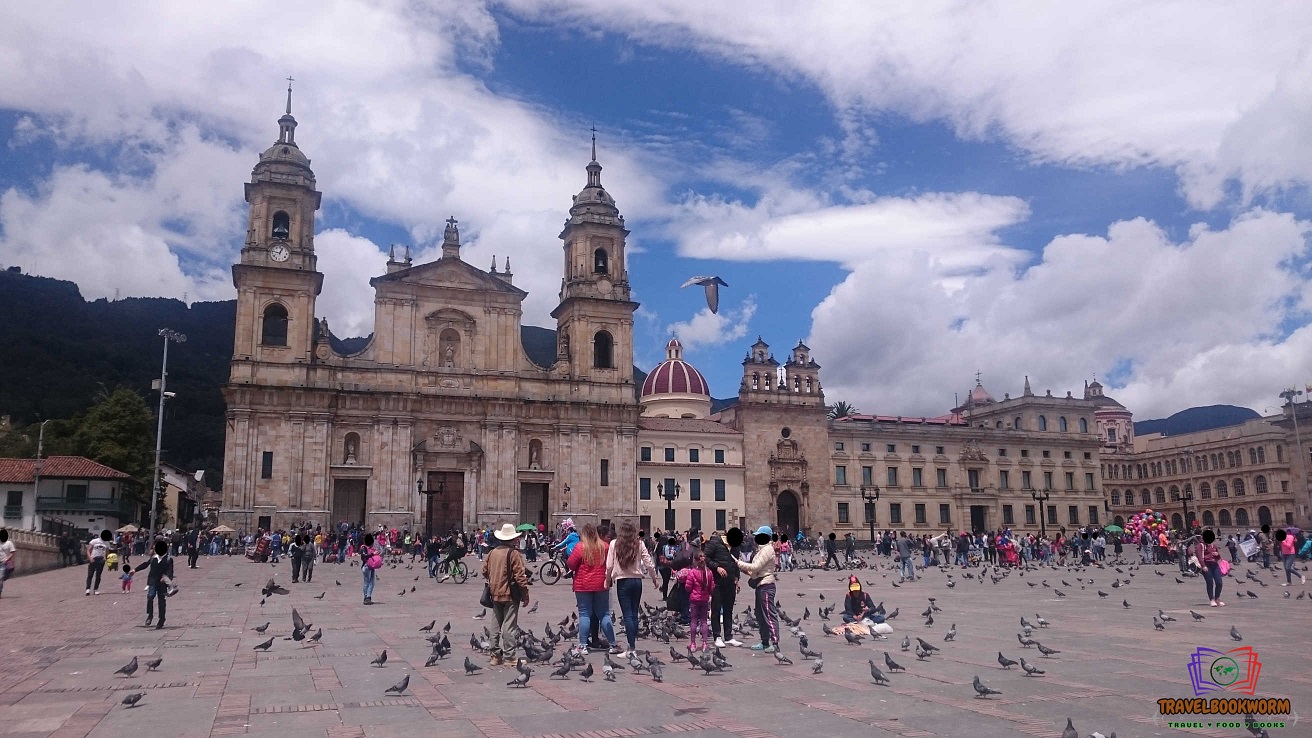 La Candelaria happened to be the first place we visited for sightseeing in Colombia, and although it had been over a year since our last visit, I still remember the moments.

On our first visit, we’re still new to this country. Having arrived in Colombia just five days ago, we have yet to find an apartment. We stayed in the accommodation that the BC had arranged for us, Juliette ApartaSuites in Chapinero.

One of Mike’s colleagues, William, who’s arrived a few days before us told us his plan about going to this place. It didn’t take us long before we agreed to it. Taking a Taxi was the best choice we had at that time since we didn’t know the public transportation well yet, unlike the second time where we took public transport.

During our first visit to this place, we didn’t get to visit many places. The sky was gloomy, and we had to walk around in a hurry for we didn’t want to get wet when the cloud decided it’s time to release its burden. On our second visit, we went a little bit further, towards the direction of Chapinero. It was pleasant with the sun shining brightly, and I really like it when the clouds hung low with blue sky in the background.

This spacious square with a size of approximately 149,000 sq ft is the main tourist attraction in La Candelaria. The most prominent building in this plaza is the Catedral Primada, located on the East.

The other three buildings that completed this square are the Capitolio Nacional (South), Palacio Liévano (West) and the Consejo de Estado (North). The monument parked nearby to the Capitolio Nacional building is the first public monument in the city, a bronze statue of Simon Bolivar cast in 1846 by Pietro Tenerani, an Italian artist.

The Plaza de Bolivar was designed as the centre of the city, in an equidistant point to the San Francisco and San Agustin rivers. It was created as an emblematic place of the Spanish authority, in fact, there were placed the “Stone Columns” or “Pillories” that represented the King’s authority delegated to their judges who managed justice. Then the stone columns were replaced by public fountains and in the 17th century by the fountain named “Mono de la Pila” that stands currently in the Museo de Arte Colonial.

Source: Information on the board

This Neoclassical church had gone through several reconstructions work since the 16th century. In some cases, the structure collapsed due to puny foundations, and in 1785, the earthquake had caused significant damaged to the construction. Only in 1807 that they started building the massive structure and completed it in 1823, and it stands to this day as the biggest in Colombia.

This neoclassical building is closed to the public as it’s the seat of the National Congress, the highest authoritative body of the Republic of Colombia. It was built by English architect, Thoma Reed. The construction began in 1847 but only completed in 1926 due to numerous political uprising.

The place where the Mayor’s Office of Bogotá works since 1910. This renaissance-style structure was erected between 1902 and 1905.

We would have missed this if we didn’t stop for drinks at Delicias Colombiana Bread & Coffee. This memorial with a few plaques on the wall is to commemorate one of the most charismatic leaders of the Liberal Party who’s assassinated in this location during his second presidential campaign in 9th April 1948.

Jorge Eliecer Gaitan (1903 ~ 1948)
One of the most charismatic leaders of the Liberal Party, Gaitan was known for criticising the ruling classes and promising greater equality and land reform. He was assassinated in his second presidential campaign in 1948, which triggered the famous Bogotazo, the citywide riots that began La Violencia which lasted over a decade. His plaque is, ironically, by the McDonalds on Septima with Aguas.

Bogota’s oldest surviving church, built between 1557 and 1621. The unique thing in this Catholic church is the remarkable 17th-century gilded main altarpiece. Bogota’s biggest and most elaborate piece of art of its kind.

The unique colours of this church would attract architecture lovers with its facade of red and yellow stripes, influence by Roman-Byzantine style. Inside, the main altar is sheltered by several spiral columns, and the church also houses a golden relic embellished with pearls, emeralds and rubies.

During our second visit, we stopped for lunch in one of the many restaurants in the area. We had our lovely meals on the top floor, and they served what we ordered in a short time.

Other picture and video around the area: