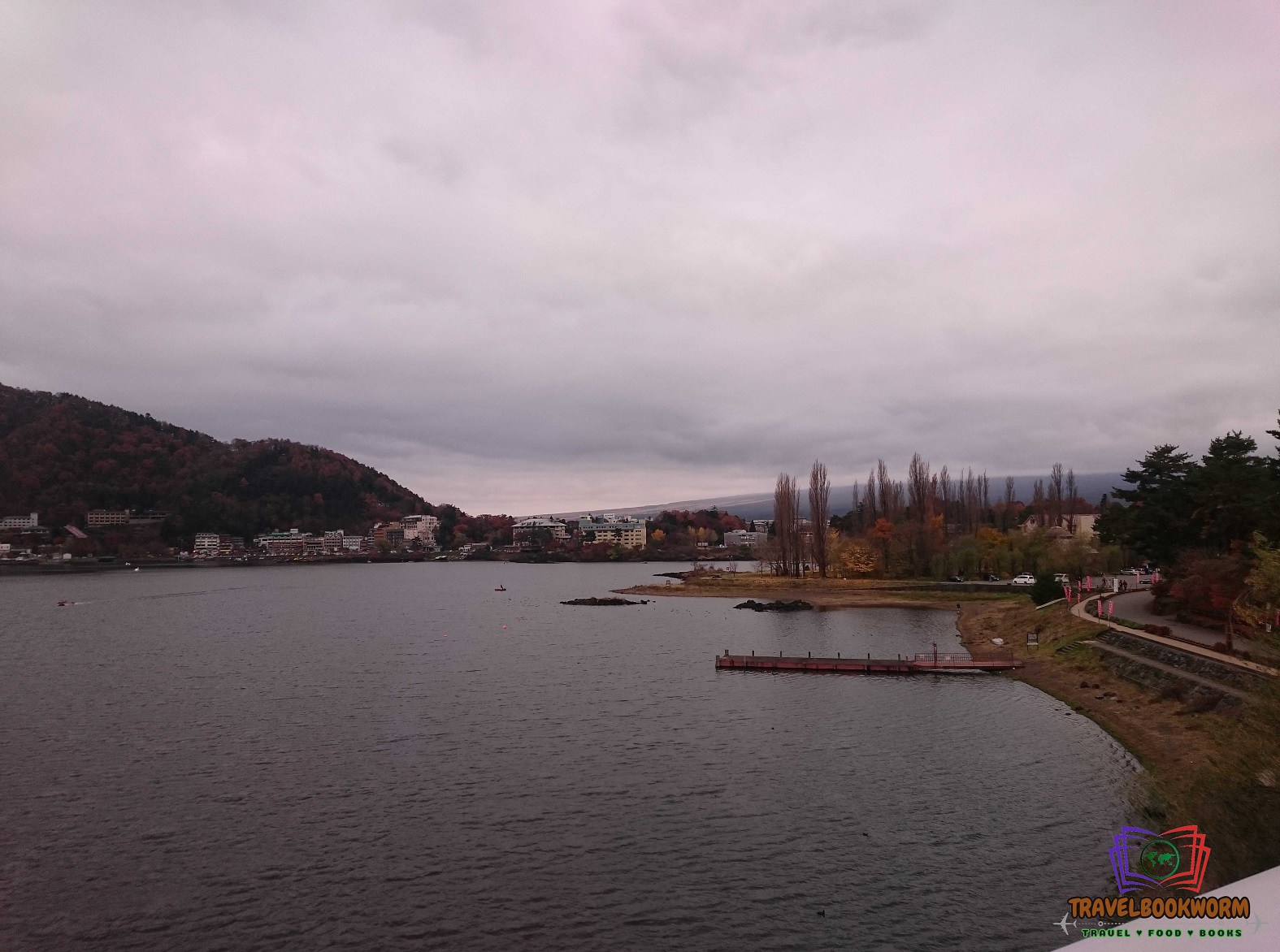 The loud dragging/scraping noise awakened me at 6:02 am. At first, I didn’t know what it was, then I thought someone must be dragging their suitcase outside our hotel room, but then I noticed that my bed was moving. I sat up quickly, my heart was racing and I suddenly realize that this must be an earthquake.

I’ve never experienced it before, so I didn’t know if this was a mild or strong one. The first thing that came to my mind was if this building going to collapse. We were on the 23rd floor and would they be able to locate me among the rubbles? I got up and walked to the window but immediately regretted my action, I felt dizzy. I hold on to the wall and looked out the window, and I was relieved that I didn’t see any damages to the building nearby.

So, even though the building was still swaying, I now have confidence that this building will be able to withstand it. The sway lasted for about a couple of minutes. When I got back to bed, I start checking out news about it, but I couldn’t find any. Only after 20 minutes have passed, that I start seeing news about it. Apparently, it was a magnitude 6.9 earthquake that struck east-southeast of Namie, Fukushima Prefecture, at a depth of 11.4 km.

I couldn’t get back to sleep after that, so I took a warm bath instead and prepare to check out from this hotel. Walking out of the hotel, there was no sign of any damages and everything was looking normal. We walked to Shinjuku station and tried to buy the earliest bus to Lake Kawaguchi. However, they only have 2 pm bus available.

Had I known the direction we were travelling and the position of the mountain, I would have requested the left seat. We were only able to get a glimpse of the magnificent Mount Fuji for a few seconds because all of the passengers on that side closed the curtain. They probably have plenty of days to spend at the place, but we don’t. So, we want to see it while we can. When we reached the station at 4:02 pm, the mountain was almost shrouded in clouds!

While we were walking and searching for the direction of the hotel, a lady approached us. I took the chance and asked her about the hotel’s whereabouts. She was friendly and very kind, she even gave us a lift! We were so lucky to have met her.

Kawaguchiko Business & Resort SAWA Hotel was just about 3 minutes drive and if we were to walk, it would have taken us about 12 minutes walk from the station. Once we finished with the check-in and get to the room, we tried looking at the mountain from the balcony. But we couldn’t see it.

We walk towards the shrouded mountain and hoping that the cloud would clear, but it was getting late. So we gave up and headed back to look for the restaurant that the lady had pointed to us on our way to the hotel.  So far, I think the only best shot on mount Fuji was at the station earlier.

Sitting at the bar at Fuji Tempura Idaten, we were debating whether to order the Puffer Fish (Fugu) or not because it could be our last meal. But, I’m confident that the chef was well trained and have obtained a special permit in preparing the fish. So, we gave it a go and ordered the Big-Shrimp set that comes with Vegetable, Shrimps and the Fugu.

While waiting for our meal, we watch them making Tempura from the open kitchen in front of us.  It was fascinating watching them expertly preparing the meal. As for the Fugu, it didn’t taste like a fish and I liked it. I’m happy that we took the risk and tried this delicacy. When we finished the meal, we paid the bill @ 2,289円 before walking to the next place.

There’s nothing much in the area and we ended up walking to the train station. There’s a cafe next to it called Cafe Lounge Saya. It’s clean and the owner was friendly. They have an organ placed at the corner of the lounge, but I didn’t see anyone playing with it. This place opens at 6 pm and closes at 12 pm. Not only it’s perfect for a drinking place but it also sells food. We shared a pork fillet cutlet and had a few drinks there before walking back to the hotel.

Here’s the pricing list of the food and drink:

The hotel check-out time is 10 am, so early morning we went over to the station to look for a locker to store our luggage. But it was all occupied, so we walked back to the hotel but not before stopping by to have ready-made meal breakfast at Lawson. We check out from the hotel and leave our luggage at the reception.

When we arrived at the lake, I was mesmerized by the view. It was so beautiful with the autumn foliage. We start walking in the left direction and along the way, we saw people kayaking and also fishing.

We walked past the Tatamiwa Lava Rock, Fuji Lake hotel, Yamanashi Gem Museum and Kawaguchiko Herb Hall before crossing the bridge.  It was a beautiful walk, I was accompanied by red and gold foliage along the way. It didn’t feel like an hour has passed when we finally reached back to the starting point.

Lake Kawaguchiko’s “Goddesses on the Lake”

This bronze statue is a masterpiece by Gakuryo Nasu, the well-known disciple of Japan’s greatest sculptor, the late Seibo Kitamura. With the expert guidance of this master the statue was given a power which can only come from a true understanding of the very essence of beauty.
The statue represents the image of the two famous goddesses of Sengen Shrine, Konohanasakuyahime and Iwanagahime dancing joyfully over the lake. These two sister goddesses are highly respected and loved by the people of this area as guardians bringing eternal love, peace and prosperity and who, after overcoming countless hardships, aid in the birth of all things with pure hearts, indifferent to all worldly dimensions of rich and poor, beautiful and ugly.
Countless myths and legends have been passed down over the centuries about Mt. Fuji, Japan’s most sacred peak and about these two sister goddesses to show how deeply they are revered and loved by not only the people of this area but by all Japanese.
7/1/1986
The Town of Kawaguchiko

When it was time to leave the lake, I couldn’t shake the feeling of disappointment when I see that Mount Fuji still shrouded with clouds. I was hoping to get a better shot of the lake with the mountain as a background. I still think that the only clearer view of the mountain was when we were on the bus!

We had our lunch at Tetsu Ann and headed back to the hotel to collect our luggage.

Sadly, towards the end of our trip here, we still couldn’t see the mountain; it was cloudy. Our bus departed at 2:46 pm and due to traffic congestion, we only reached Shinjuku station at 5:15 pm. We then took the subway to our next destination in Ningyocho.

My advice if you plan to come here is to stay for a few days, and if you can only come for a night, try to reach early. Who knows you might have a better chance in the morning! Don’t take things for granted and always appreciate every shot of the mountain. PEACE!