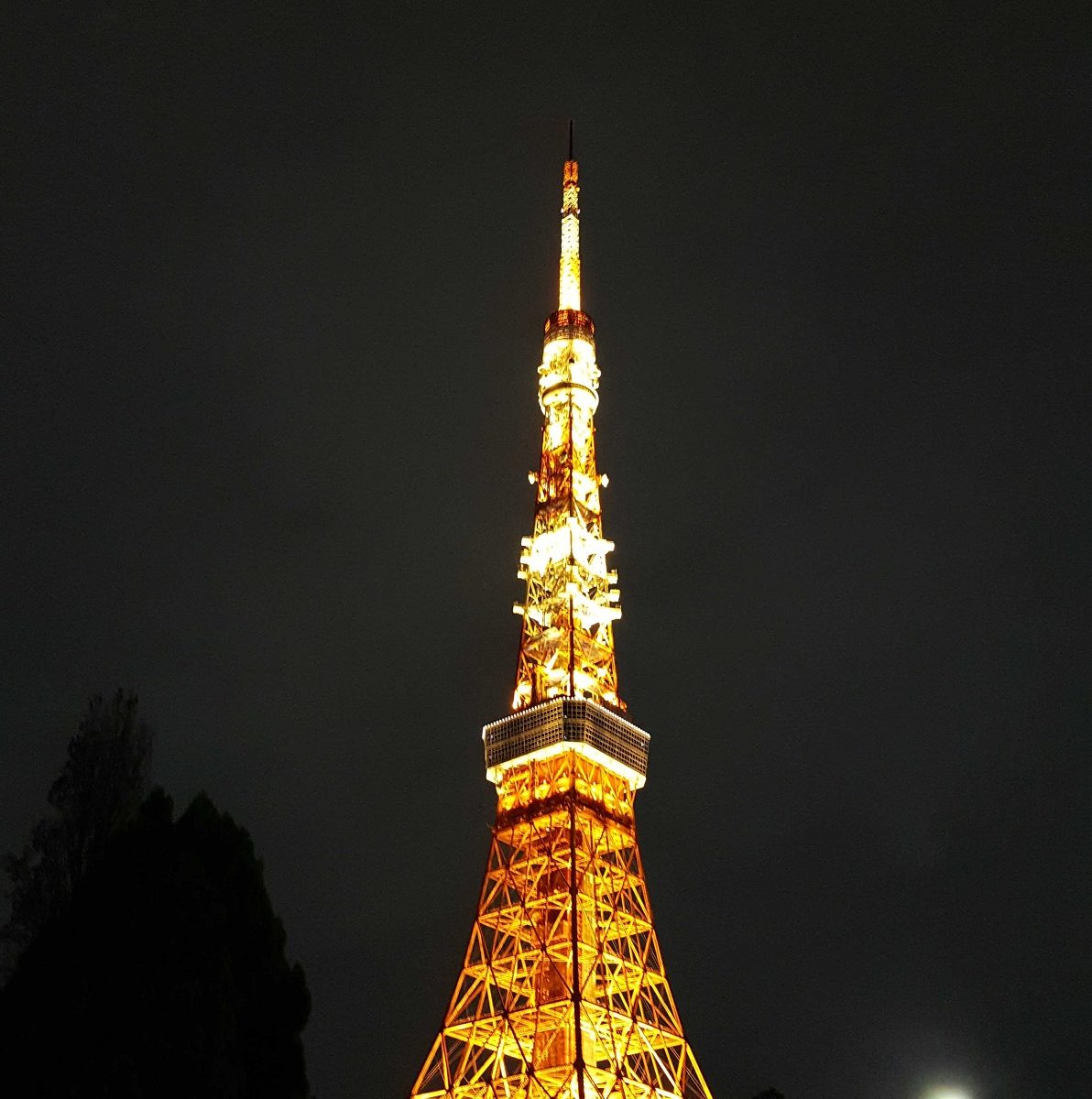 When we arrived at Shinjuku station from Lake Kawaguchi, we took the subway to Akabaneshi and stopped by to have a look at Tokyo Tower before taking the train back to Daimon and Ningyocho. Apa Hotel Ningyocho Eki Kita was just about 5 minutes walk from the station.

There’s nothing much in this area, the shops were mostly closed and the street was very quiet. We were actually struggling to find a place to eat. But luckily we found this Chinese restaurant. So, we had our dinner there and spent 4136.80円 for the meal. After the meal, we didn’t wander around because we were tired and we also have to get up early tomorrow for the flight. By 11 pm we were already back in the hotel.

In the morning, while sitting in the hotel’s cafeteria looking out the window, I saw plenty of white fluffy stuff falling from the sky. At first, I thought it was ashes, but then Mike told me that was actually snow. It was the first November snow in Japan in 54 years, and it’s also my first snow ever!

We took the train from Ningyocho to Ginza and then from there to Tokyo station; it cost 170円 per pax.

When we arrived at the Kiosk machine, the queue was long, and when it was our turn, we didn’t want to let the others wait for us while we figured how to do it, so, we asked for help from the officer nearby, and he gladly helped us. The train left at 11:09 am and arrived at 12:03 noon.

There was no queue at Jeju air counter and also the immigration. There was only one cafeteria after the boarding gate, so we didn’t have our lunch there and waited till we reached Seoul to have it. Our plane departed at 2:06 pm and arrived Incheon at 4:53 pm.

We took the all-stop train (blue sign) just opposite the express train (orange sign) to Gongdeok. The journey takes about 55 minutes, and the cost is 4,050won with T-money.

In this trip, not only that I experienced my first earthquake in Shinjuku, but I also had my first snow in my first-time visit to Japan!