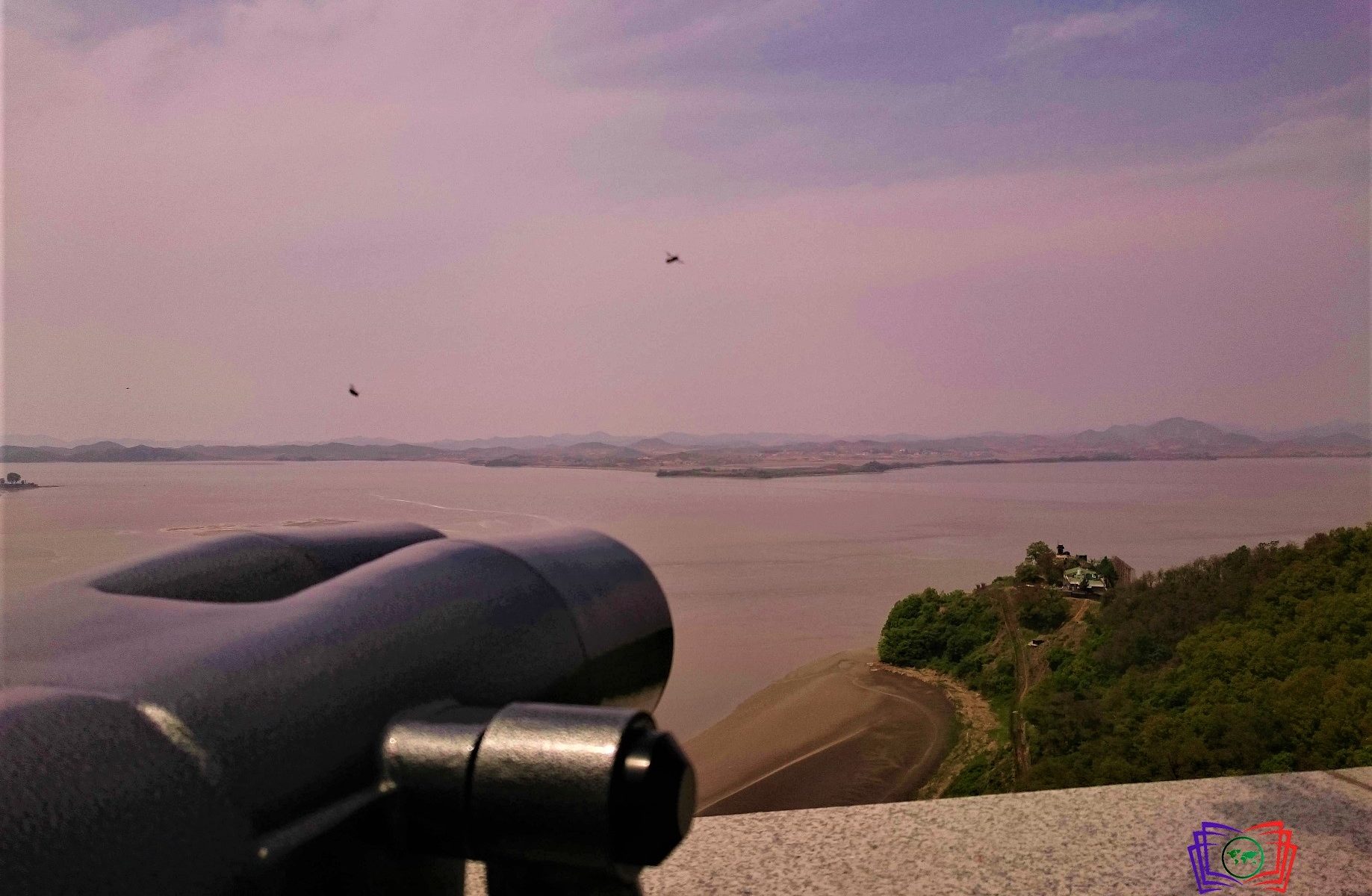 I have always wanted to travel to North Korea, but it wasn’t accessible from South Korea. The only way to get there is via China or Russia in a tour group, as it’s not allowed to travel independently in North Korea. I’m not sure if I would be able to go there anytime in the future, So, I settled for just getting a glimpse of the country.

We went to the easy access observatory located not far from Seoul in a city called Paju-Si. The whole journey via subway and buses only took less than 2 hours and no passport or compulsory tour required to visit this place.

How to Get to Odusan by Public Transport

Getting there was easy peasy lemon squeezy and cheap too.

1. Take the Gyeongui-Jungang line heading towards Munsan. Your stop will be at Geumchon Station. Price: T-Money @ 1,850won (Depending on where you start your journey, this fare is from Yongsan / Hyochang)

2. Once you have reached Geumchon Station, step out from the station towards exit 1 and cross the road.

4. Cross over the road to the shuttle bus stop. You will see the blue and white bus written “Unification Observatory”. The shuttle bus leaves every 30 minutes, and it’s free of charge.

What to See and Do in Odusan Observatory

As soon as you reached the top and stepped out from the shuttle bus, you can hear the propaganda music played by North Korea. To get inside, you will need to purchase the entrance ticket for the cost @ 3,000won per person.

You will see there are binoculars on the ground floor. Do not race to the binoculars, get yourself comfy on the 3rd & “4th” floor. By the way, you can use those binoculars for free.

From the binoculars, I saw most of the farmers wearing black, and only 1 have a white top. There’s also someone cycling on a bicycle, and I didn’t see any vehicle. I couldn’t believe that I was so close to North Korea, only 2100Metres away and separated just by Han/Imjin River. Well, not as close as the one in the DMZ but still, I’m thrilled to be here. Yeah, call me crazy.

I know it’s not clear because of the haze. Yes, I blame the haze! What you can see from this picture are Kim Il-Sung Memorial Hall, A public cultural hall, Lim Han elementary school & Duksu reservoir (somewhere in the middle of this photo in between the hill)

That’s the observation point, near the river. I couldn’t pinpoint the Threshing floor, Yeoni mountain, Gunjang mountain, and Songak mountain.

For those who want to learn the history of these two countries, head down to the 2nd floor. But before that, you can relax on the floor next to the binoculars. The seatings are comfortable, and you will also be able to learn the history on the TV screen. However, on this floor, it plays in Korean languages. For English and Japanese, head to the 4th floor.

A Desire for Unified Fatherland

This monument, erected to express the desire of seventy million compatriots for the unification of their fatherland, symbolises the national reconciliation and eternal prosperity of a unified nation.
The two large pillars represent the South and the North, with the circle around them implying unification that binds the South and the North into one and eternal prosperity of the nation.
The figures on the top of the pillars depict the dove of peace and nine small pillars below represent the nine provinces of a unified Korea.

Sanseong Mountain Fortress
This mountain fortress dates to the Baekje Kingdom (18 B.C. ~ 660). The walls originally ran 1.2km around the peak of Mt. Odusan. Which overlooks the confluence of the Hangang and Imjingang rivers. Part of the ancient fortress wall still stands to the west, where the rivers join.

A tier was cut into the rocky slope to make way for the wall. The wall itself was built of cut stones, and its inner cavity was filled with rubble and broken stones. The top of the wall was finished with clay that was pounded hard to prevent rainwater from permeating into the wall.

History of the three kingdoms, compiled in 1145, states that King Gwanggaeto occupied Gwanmiseong Fortress, a strategic point of Baekje, in 392. It is believed that Gwanmiseoing Fortress was Odu Sanseong. The detailed map of Korea drafted by Kim Jeong-ho (? ~ 1866) also shows this area as Gwanmiseong.