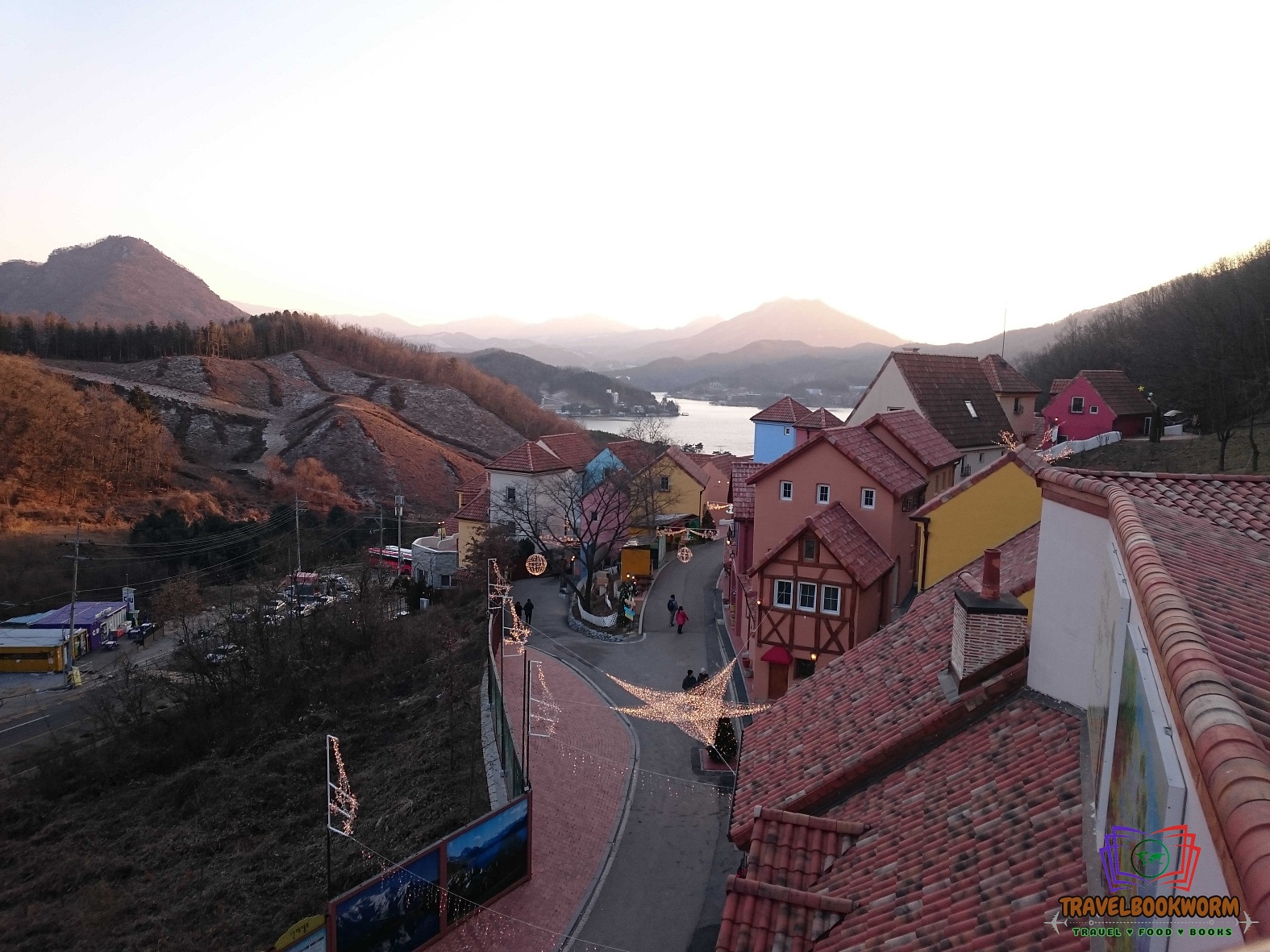 Petite France is a small French Culture Village located about 25 minutes journey by the shuttle bus from Nami stop. It’s another place where they filmed the drama like My Love from the Star, Secret Garden, and Personal Taste.

The entrance ticket cost 8,000won. This place is relatively small you could finish the tour in half an hour. However, you might need more time if you plan to watch some of the performances such as Traditional French Hand Puppet Show – Guignol, Traditional Czech String Puppet Show – Marionette, Orgel Demonstration, etc.

To make your visit enjoyable, purchase stamping cloth at the counter for 500won and start getting it stamped by visiting certain places in the area. If you get five stamps or more, you will get one or two postcards in return.

The European Dollhouse located right after the main entrance. It housed about three hundred traditional dolls from the Medieval European time. There are some of them which are a hundred years old, and accompanied by accessories collected from Europe.

There’s also a museum dedicated to Saint Exupery, and you can find his works as well as characters in Le Petit Prince in this place.

We didn’t get to see the puppet show at the Theatre de L’etoile, but we went to the deck in front of it to catch a fantastic view of Cheongpyeongho lake and its surroundings.

Information on Theatre de L’etoile
Theatre de L’etoile looks as if the doll theatre in Lyon, France has been moved into place completely intact. Appreciate children’s classic stories in Europe reproduced as the theatrical drama using “Guignol”, the hand puppet, and “Marionette”, the string puppet, which can be enjoyed by everyone of all ages. You can also see the special puppet, the “Marionette”. Rare dolls from around the world, ‘hand dolls sculpted by hand from wood’ are also on display.

The place was beautifully light up at night

Initially, we planned to take the subway from Cheongpyeong station, but the shuttle bus was full. So we crossed over the road and took the shuttle bus at 5:50 pm back to Gapyeong station. We then Purchased our ITX ticket for the train departing at 7:59 pm. While waiting for the train, we sat in the waiting room. The temperature outside was -15 and It’s not that warm inside the room even with the heating on.

As people come in and out, we felt the cold air seeping in. When we get to Cheongnyangni station, we had our dinner at Thai 101 before we went separate ways. Thank you again for inviting me and hopefully, I’ll have a chance to see you guys again in the future.