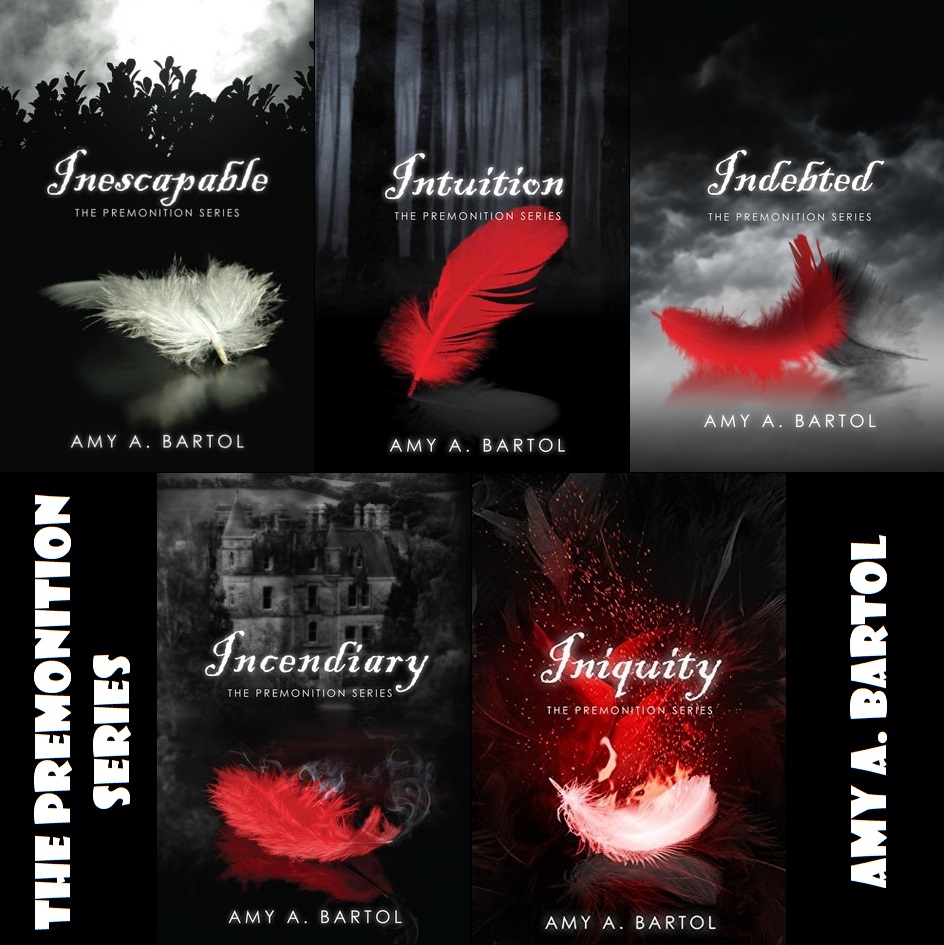 Why is Evie different than the other humans or angels? What’s her purpose in the world? Unrevealed the mysteries, discover friendship & love in this incredible series!

My name is Evie Claremont, and this was to be the making of me–my freshman year of college. I’d been hoping that once I’d arrived on Crestwood’s campus, the nightmare that I’ve been having would go away. It hasn’t.

I may be an inexperienced seventeen-year-old, but I’m grounded…sane. I look for rational explanations to even the strangest circumstances. Since meeting sophomore Reed Wellington, however, nothing makes any sense. Whenever he’s near, I feel an attraction to him–a magnetic kind of force pulling me towards him.

I know what you’re thinking…that sounds fairly awesome. Yeah, it would be…if he liked me, but Reed acts as if I’m the worst thing that has ever happened to Crestwood…or him. But get this, for some reason every time I turn around he’s there, barging into my life.

What is the secret that he’s keeping from me? I’m hoping that it’s anything but what I suspect: that he’s not exactly normal…and neither am I. So, maybe Crestwood won’t be the making of me, but it could be the breaking of me. I’ve been left to wonder if the dark future my dream is foretelling is…inescapable.

I have this series in my kindle for almost two years now, and when I started reading it, I didn’t check on what the story entails. The suspense was killing me since the story progressing slowly. Overall, I enjoyed the story and couldn’t wait to find out what’s in store for Evie, Reed and Russell.

Another thing I liked was the twist at the end of the story. It was great, and I didn’t expect it at all. However, there’s some little fact that wasn’t clear, or maybe I missed it? I think 😉. Because when I finished reading it, I was still thinking about the story and whether Reed and Zee knew about Brownie and Bun or if they were surprised too.

I don’t open my eyes so I can’t see him, but I can smell him. He thickens the air I breathe, choking me with his scent…his aroma.

I shiver. I have to resist. If I’m not strong, then I will be relegated to the same fate as this predator whose sickness infects me even now.

But now, I crave him and he knows that; he has been counting on my need to end the gnawing pain. How he would savor my surrender. I’m alive, but how much longer will it take until I beg him not to be?

There’s something different in this second book which will delight the fan of Russell. I wasn’t mad about him, but it’s great to read his thoughts and his devotion towards Evie was commendable. In the next book, I hope to read Reed’s POV, hopefully.

Evie faced a tough time in the story when she left her newfound family and loved one. She thought her action would protect them, but it went south. The story mostly laces with desperation, and one that touched my heart was the voice mails sent to Evie.

The story with the introduction of one more male character who’s hell-bent on getting Evie, I thought of also shelving this book under reverse harem 🤔. Let’s see if there’s still part of her body that belongs to different entities😂.

I hang my head in sorrow for just a moment when I know I am truly alone. I feel like I’m going to my execution, just as he had said. Then I move forward again. I hop a fence of fieldstone and cross a field dotted with Queen Anne’s lace.

Goose bumps rise on my arms as I pass the cluster of windmills that I have seen in a dream. The scent is sweet in the field though, not the scent of heat, like it had been when it was forced upon me in visions. I gaze down the hill, beyond the small, whitewashed house that I knew would be there.

The church looms dark and grim with its rough-hewn, timber façade, capped by tall, oblong spires reaching to the sky. Black, ominous clouds have collected above the roofline, as if Heaven is showing me the way.

There was never a dull moment in this book. The fight to win over Evie was intense. Besides Reed, her bonded power angel, Evie had Russell, her soul mate and Brennus, the villain from the previous story. Now, in this book, two more was added, Ifrit and the fallen seraphim! The new contenders did everything they could to get her, and I wonder who’s next in the line and which one of her friends would suffer.

Besides anticipating on what Evie’s purpose in the world and her other ability, I also loved to find out who she’d be in the end. Having said so, I wondered why Reed’s POV never made it in the story. So far, it had only Russell’s 🤔. Does this mean something?

My only complaint while reading the book in the series was the language used by Russell and Brennus. I find it hard to understand them, and although there’re glossaries added in the book, but reading with a kindle making it kind of hard to check it back and forth. Other than that, I loved the story!

Cold, fine drops of rain fall softly on my cheeks as I emerge from the darkness of the ship’s interior to the gray, overcast sky of the main deck. Pulling my dark pea coat tighter to my body, the wind lifts red tendrils of my hair. I walk slowly to the railing overlooking the water.

I catch my first sight of the Irish coastline; its craggy landscape makes me shiver in dread. I find it difficult to imagine now how the Gancanagh had made this their home for so long without anyone realizing it.

The cold, moss-covered edifices practically scream their presence. As I study the shadows between the falling-down stone, I imagine creeping shapes of undead Faeries grasping the rock, waiting for our ship to draw nearer to their position.

Tipping my face up, I let the rain wash over me. It bathes away the frigid sweat of fear that has broken on my brow. “You don’t know how fiercely beautiful you are, do you?” A quiet voice behind me asks, causing me to stiffen and fix my eyes on the rocks along the shoreline.

Reading halfway through the book, I was like say what? Anya? Xavier? Wow, I didn’t see that coming, especially now that we’re almost towards the end of the story. Nevertheless, the new addition was necessary as it changes Russell’s course of life, which was a huge relief.

The event that touches my heart in this book was when Reed was taken away from Evie. It was sad, and I wasn’t sure if Evie would be able to get him back because I wasn’t ready to let Reed go and let the newcomer in Evie’s life.

Reed’s POV was short, and the voices in his head, helping him to make the decision was weird. For a moment, I thought he was talking to some higher power. Now that my wish to read his POV had been fulfilled, I’m ready to have the closure and the happily ever after, I hope!

I gasp as my body curls toward Brennus like a flower to the sun, for the pleasure of it. He holds me close to him. His nose grazes the length of my neck. He breathes me in. I feel the roar and rush of my heartbeat. I’m his toy; his energy streams into me. He winds the invisible key in my back and the euphoria ratchets and coils inside of me: tick…tick…tick…

Another wicked surge of energy flows from him into me. Pain. Pleasure. Bliss. My jaw unclenches as my lips part. I make a small, breathy sound as we dance. Brennus responds with something close to a growl. “Ye’re killing me, mo chroí,” he murmurs.

His hand moves down my back infusing me with a golden glow of power. My wings punch violently from me, tearing a hole in my day dress. They spread wide, like a red stain beyond my pale skin. I’m dancing now for the thrill of it. I follow his lead.

As the song comes to an end, Brennus kisses my throat. He whispers in my ear, “When ye get back, come find me, mo chroí. I’ve healed ye…now wake up and banjax whoever banished ye here…”

Final journey for Evie and the team! Gosh, there’s so much information in this book, and the situation was high in tension. With the looming war, Evie was still way behind her enemies. She was confused, scared with the uncertainty, and to win the battle, she must learn her past, which wasn’t pretty!

The story with so many twists and turn had kept my mind busy piecing together all the information and also trying to predict how it would end, and although it didn’t end the way I had envisioned, it was still a happy ending 😊.

In this book, we get to read more characters’ POV, including Brennus! I didn’t mind him tho; he’s an interesting character, and his statement about the faerie queen had me questioned if this would be the last book because I would love to find out more about the tale. Maybe in the future, Amy would write a spin-off the series? One can only hope 😉.