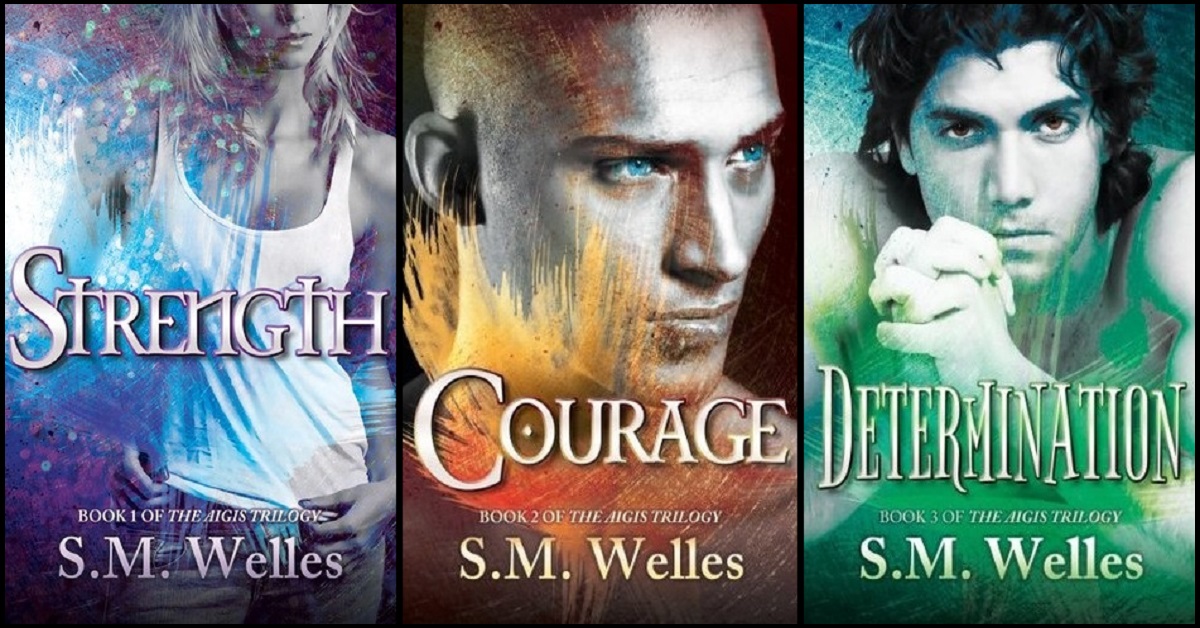 The war between gods is unavoidable, with Nexus, the young and ambitious god pitching his prophecy. Nexus’s father, Baku, has no choice but to create Roxie, the last Aigis from the earth, who has the power to end the Gods and put everything back in order, provided she reaches her full potential before it’s too late.

Join Roxie in her adventure to unlock her abilities and save worlds. You’ll learn about the new worlds, their languages, cultures, architecture and meet new friends on the journey.

When gods are confronted by problems they can’t solve alone, they call upon mortals with supernatural abilities, called Aigis, to step in.

Seventeen-year-old Roxie Lohr has always wondered why her eyes glow different colors whenever she feels intense emotion. Aerigo, a captivating Aigis, not only gives her the answer but also whisks her away into a host of new problems.

Suddenly, Roxie finds herself thrust into exotic worlds, an unexpected romance, and a conflict between gods in which only they can decide the outcome…

Frankly, I don’t know what I think about this book. I’m conflicted. The storyline is promising, and I will continue reading the next one. I thought there were too many characters and worlds to cover in this first book. It’s like the story couldn’t wait to move forward, racing over to the finishing line and ignoring everyone or events surrounding the two main characters. The consequences be damned.

At least, I thought that happened at the beginning of the story. For example, Aerigo showcased his power in the open, and one that I really cannot accept was how placid the cruise owner – the Herschel family reacted over the incident in the suite.

The story did get better after they left earth. Upon arriving in the alien worlds – Phailon, Sconda and Druconica, the author gave us a lengthy introduction that includes the languages, clothing, architectures, technologies, peoples, games, etc. It’s also full of fast-paced actions, almost chaotic!

With the last two Aigis out of the way, Nexus’s war can begin.

Aerigo’s entire life has been building towards a confrontation with Nexus, and he’s managed to avoid it, until now. If he’s to stand a chance, he must face the demons of his past and unlock the power that can defeat a god. While he battles with himself, Roxie fights for her life against an enemy attacking her mind and body, a fight she must win alone.

Baku’s divine family is in ruins. His wife is lost to him and his son has become a monster. It’s uncertain if Nexus can be saved, or if he’s been tainted beyond redemption by an outside source. As the armies of hundreds of gods gather on Nexus’s realm, time is running out.

The story picks up where it stops in book one, Roxie and Aerigo battling for their lives and the people around them. While Roxie is fighting the dragon venom inside her comatose body, Aerigo has to recharge and control his power surge from destroying the equipment and building, including the doctors trying to treat Roxie in the hospital.

While the two recuperate in Kismet, a world where their creator cannot reach, danger lingers around very closely. Meanwhile, on Nexus realm, the war has begun. Will these two Aigis be able to harness the power they have yet to master and be able to kill Nexus?

This book still gives me the splitting feelings, where I like and dislike parts of the story. Some information is too long, and I feel it isn’t necessary to divulge it. Baku’s visit to Rox’s grandmother is sweet, but after teaching her how to connect to Rox, I don’t see Roxie receive the gesture from her grandmother. What’s the point in that?

Anyway, I can’t wait to see Roxie turns into a badass Aigis. Because right now, she’s weak, and the last battle makes my blood boils. I want to shout at her to do something instead of watching the action unfolds in front of her. I wonder what will happen in the final book, Determination. Hopefully, Roxie will live up to Aigis’s title, and her determination will help her in her quest.

The confrontation with Nexus goes horribly wrong and Roxie is stranded in the Realm of the Dead. After losing so much, she must find a reason to go on and stop the prophecy from being fulfilled.

Nexus’s divine parents try to persuade their son to call off the prophecy, for they don’t want to lose their only child. Their attempts fail when the one pulling his strings interrupts.

To stop a prophecy from tearing apart the universe, both Roxie and Nexus must sacrifice what they most desire.

Like the previous two books, the author continues introducing us to more of her creative worlds, and we get to wander the realm of death and many of its sections this time. Roxie will face a challenging time since she will face Nexus alone, and she no longer has Aerigo to protect her.

One thing I like about this book is the conclusion. It’s very satisfying, and we get to wallow longer in the happy moments. Unlike other books where it’s always finished soon after the final battle and with only a few epilogue pages.

It’s also great that Roxie’s badassness does not happen quickly, but through the journey across this realm, the people she meets and the many challenges hurl at her shape her into a worthy Aigis.

The author’s last note about the story will continue in the Godhunter Trilogy surprises me. It’s now close to a decade since she published this final book, but there’s no sign to it. Perhaps, it’s still in the making, or she has completely abandoned the idea? I would love to read the continuation of the battle against the real culprit!