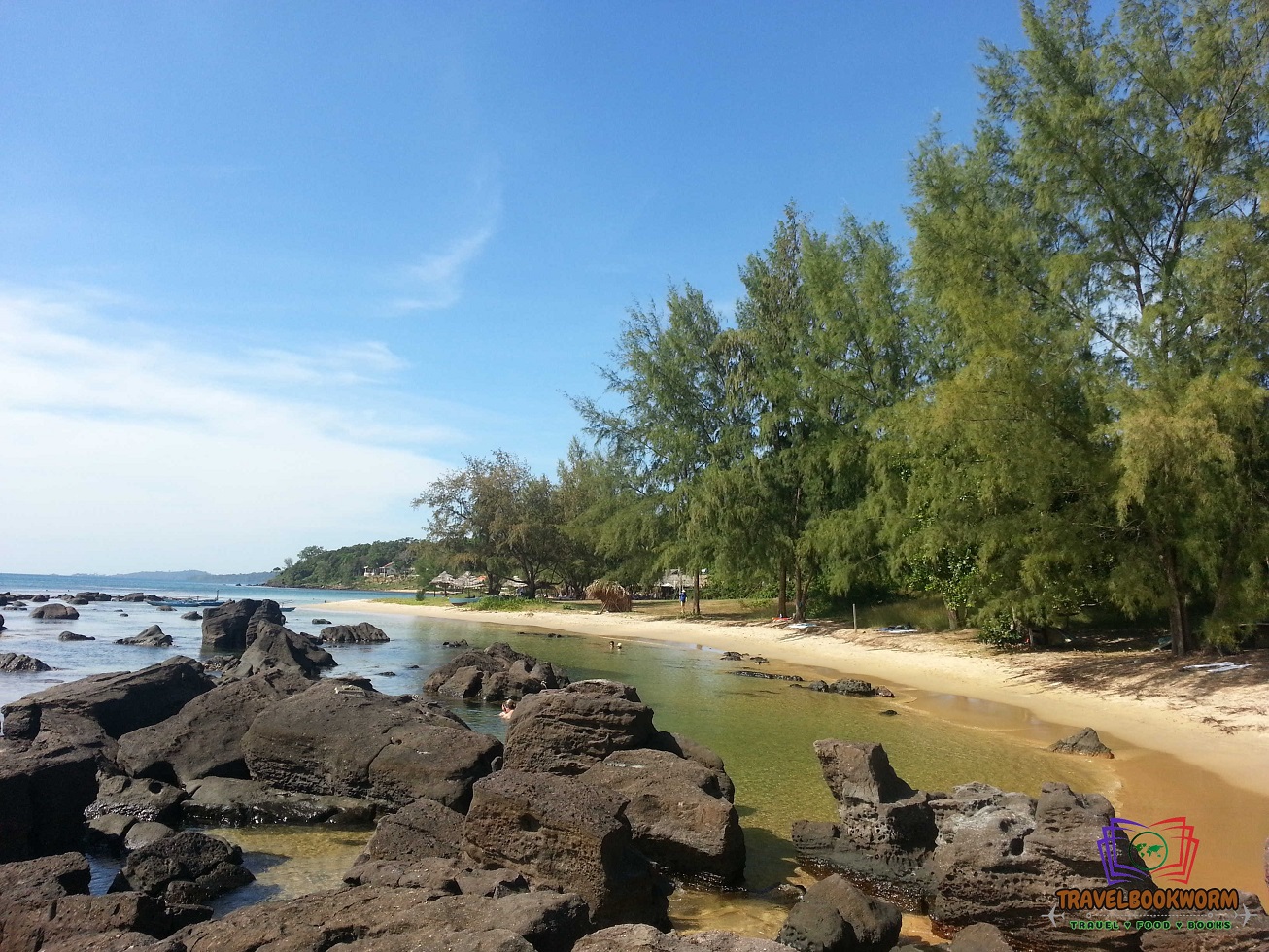 For our last honeymoon destination, we went to Phu Quoc island, the most prominent island in Vietnam. You can either fly (60 minutes) from Ho Chi Minh or by Ferry (90 minutes) from Ha Tien (320km from City).

We chose to fly with Vietjet. However, our flight delayed for about 2 hours, and by the time we reached our gaff, it was almost 6 pm. We stayed at Dong Xuan Hong Guesthouse for four nights. The room designed as a tiny house and it’s spacious on the inside. However, it’s not soundproof so, if you are a light sleeper, you won’t be able to get a good night sleep.

Later that evening, we walked along the Long Beach and stopped by Mai Spa resort’s bar. We had a few drinks while watching the sun slowly sank beneath the horizon bidding us goodbye for the day with its brilliant yellow, orange and red hues. While my eyes were enjoying the picturesque scenery, my feet enjoyed buried beneath the warm yellow and slightly coarse sand. The sand texture is different than what we had back in Langkawi or Koh Lipe.

The next morning, we spent our day walking around Dương Đông town. We had our lunch at Alanis Coffee Deli which is about 1km  away from the guesthouse. For dinner, we went to a cool bar approximately 450 metres away called Drunken Monkey. The ambience was great and perfect for watching football with its big projector screen.

The following day, we hired bicycles that we had spotted yesterday for the cost of 2USD per day. I’m ashamed to admit that it was my first bicycle ride in my whole life. So, I needed a smaller size, but they didn’t have it. The one that we rented, although the seat set to the lowest, my feet could barely reach the ground. I didn’t have the confidence to ride it, and I was panicking because I find it quite tricky to balance myself and my feet couldn’t reach the ground to stop myself from falling over.

At first, I kept falling to the side of the road, and after a few attempts, I managed to ride it for about 500 metres, but then the narrow lane in town and the red traffic light forced me to restart the whole process of balancing and cycling again. In the end, I just drag it with me whenever I felt uncomfortable riding it in a crowded place.

After a series of riding, falling, stopping and dragging the bicycle with me, I finally made it out of the town. It was easier to cycle as the road was empty from traffic and crowd. I was able to ride it smoothly towards our destination, Ong Lang beach.

Overall, we rode for about 22 km, and amazingly, I didn’t hurt myself from all the fall! It’s fun riding a bicycle. However, I would still prefer to drive than cycling.

During our stay, we went twice to the seafood paradise, Din Cau night market.

The market has many stalls to choose from and a variety of sea creatures to try on. That’s including a snake on the menu selling at 500,000VND for one. However, we couldn’t stomach it. So, we opted for seafood and a Lobster which cost about RM85 for one.

The next morning, we headed to the airport for the flight to Ho Chi Minh and spotted a Proton Wira car in Phu Quoc Airport. I wondered if they imported the car, and how much it costs to get one here.