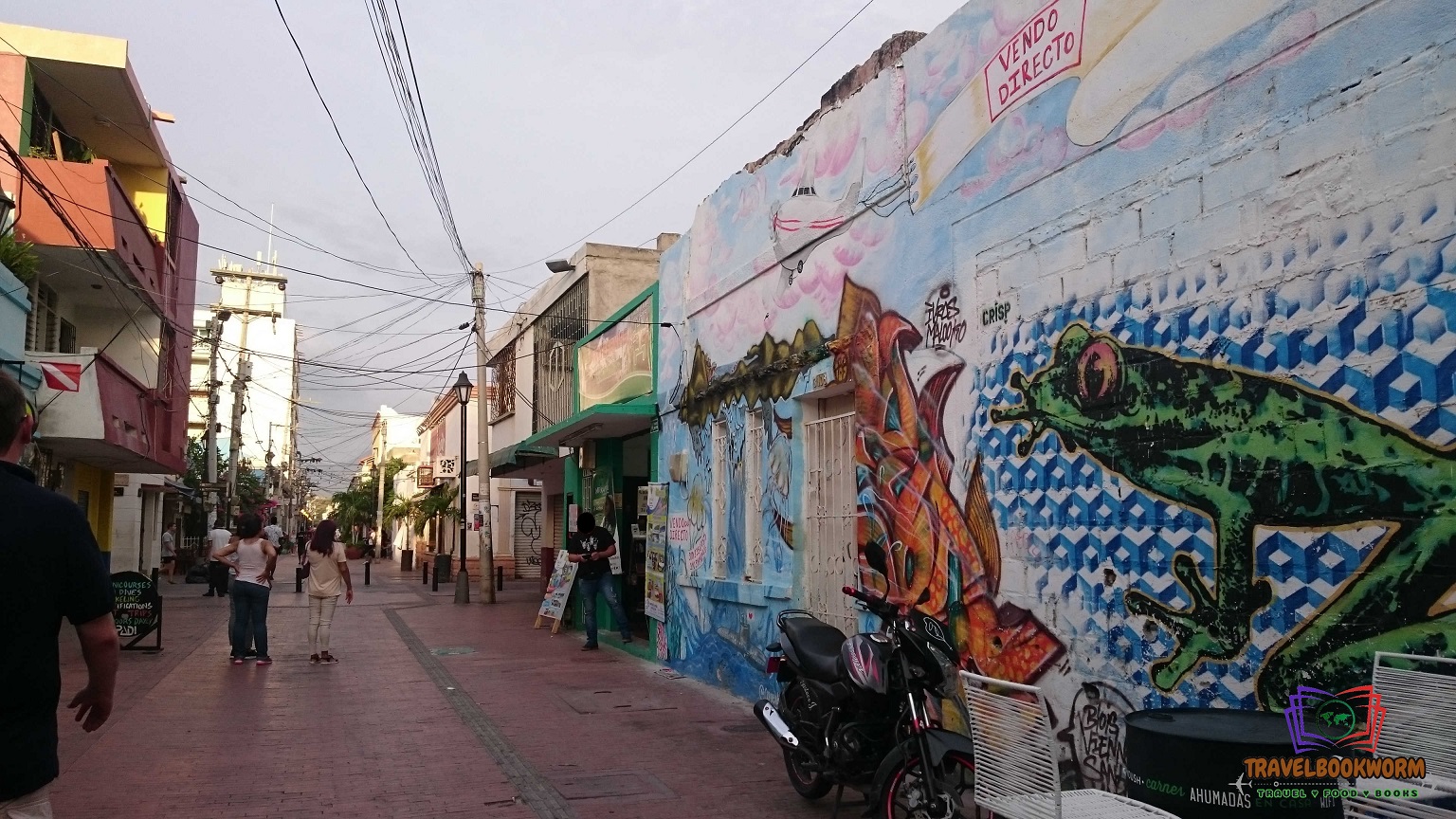 Founded on July 29, 1525, by Rodrigo de Bastidas, Santa Marta is the oldest surviving city in Colombia. It’s also a place where Simon Bolivar spent his last days before he died in 17th December 1830 after bringing independence to six Latin American countries.

Cartagena to Santa Marta by Bus

The same date, 493 years later, we visited this beautiful, peaceful little town. Our first leg of the journey started with a taxi from the old city of Cartagena to Terminal De Transportes. It was about 40 minutes away with the fare 22,000COP.

We booked our bus tickets online with Unitransco for the price of 27,000COP each. When we got to the bus station, we went to the bus counter to have our tickets printed out. Before boarding the bus, we bought some empanadas and water to help us get through the journey of 230km away.

Our backpack was standard school bag size, but because of the narrow space on our overhead compartment, we had to place it in the luggage storage. The worker tagged our backpack and put a sticker with our bus ticket, just like an airport check-in luggage.

There’s a TV, air conditioning and also toilet on board, but we didn’t realize that until we were inside and had already spent 1,000COP for the usage of public restrooms at the station.

The bus departed 11 minutes later than the scheduled time at 11:45 am and reached Santa Marta station after 5 hours 04 minutes journey. It took a long time to arrive as it stopped at various bus terminals picking up other passengers, and the most extended stop was almost an hour which was at the Barranquilla bus terminal.

Notes:
Before starting the journey, and also any stop at a bigger bus terminal, there will be a man taking a close-up video recording on each and every passenger’s face. It’s kind of weird; I’m not sure what’s about, probably safety purposes?

The Taxi journey from the bus terminal to Hotel Calle Santodomingo took about 15 minutes. It’s a simple hotel with essential amenities. There’s a small pool on the roof and hammock for you to relax while looking out at the beautiful mountain view.

But we have only had a night here before leaving for Playa Los Angeles tomorrow, so no time to appreciate it. But we did book this hotel again for our last night before returning to Bogota from Santa Marta airport. The second booking was made directly with the hotel, and it was 10,000COP cheaper than what we’d paid earlier when booking with Agoda.

There were many people at the Catedral when we were there, so we didn’t get a chance to get inside the church and look for the town’s founder ashes, which said to be just to the left at the entrance. The first church built in Continental America and claimed to be this country’s oldest church, but the construction only completed at the end of the 18th century. Hence, the influences of various architectural styles.

This park used to be called Santander Park, honouring the former president of the Colombia, Francisco José de Paula Santander. The charming little square also surrounded by bars and places to eat, a perfect place to hang out with your couple!

A place where they placed the statue of Rodrigo de Bastidas, the founder of this town. It’s also a nice place to watch the sunset, with a view over the bay with a small rocky island, El Morro in the background.

A place where we got the bus to Tayrona Park. We had our meal in the market before taking the bus, and also when we came back from our trip to Playa Los Angeles and Tayrona. The meal was cheap, about 19,000COP for two of us.

Mike also took this opportunity and bought some chillies to bring back home from this market. It was 4,000COP for 500grams of chilis. This market reminded me of a market in Kota Kinabalu where we used to have our lunch before heading back to Kota Belud. The only thing absence was the sea.

On our last night, we went to Lavinia for dinner. I had a burger before I left for the sunset view at the waterfront.

Mike couldn’t be bothered to see the sunset, so I went alone. On my way, I walked passed Parque de Los Novios and also Artesanias Santa Marta – a place where you can buy crafts.

After the sunset, I met Mike at the bar before we moved to a tienda. In the store, we met a guy who spoke English well. He told us a story of how he was fluent in English. According to him, he started learning English when he was about seven years old, during that time, his mum worked for an American boss in a theatre, so he was exposed to the language.

We also met with another local woman when we moved to the tienda near the hotel. She was sitting alone in the corner when we treated her with aguardiente. Soon enough, she came to our table and joined us.

She was a chatty 55 years old women. Living alone as her husband passed away a few years ago, and she has seven siblings. However, I was distracted by the little Chihuahua and couldn’t keep up with her story much. Plus my Spanish was rubbish.

The next day, we took a taxi to the airport, it was about 30 minutes ride. We sat at the Avianca VIP Lounge admiring the Caribbean sea view from the window while waiting for our flight. While we were there, we saw the same ladies who were queuing with us back in Bogota when we checked in the plane to Cartagena. What a coincidence timing.

Other pictures of Santa Marta Town