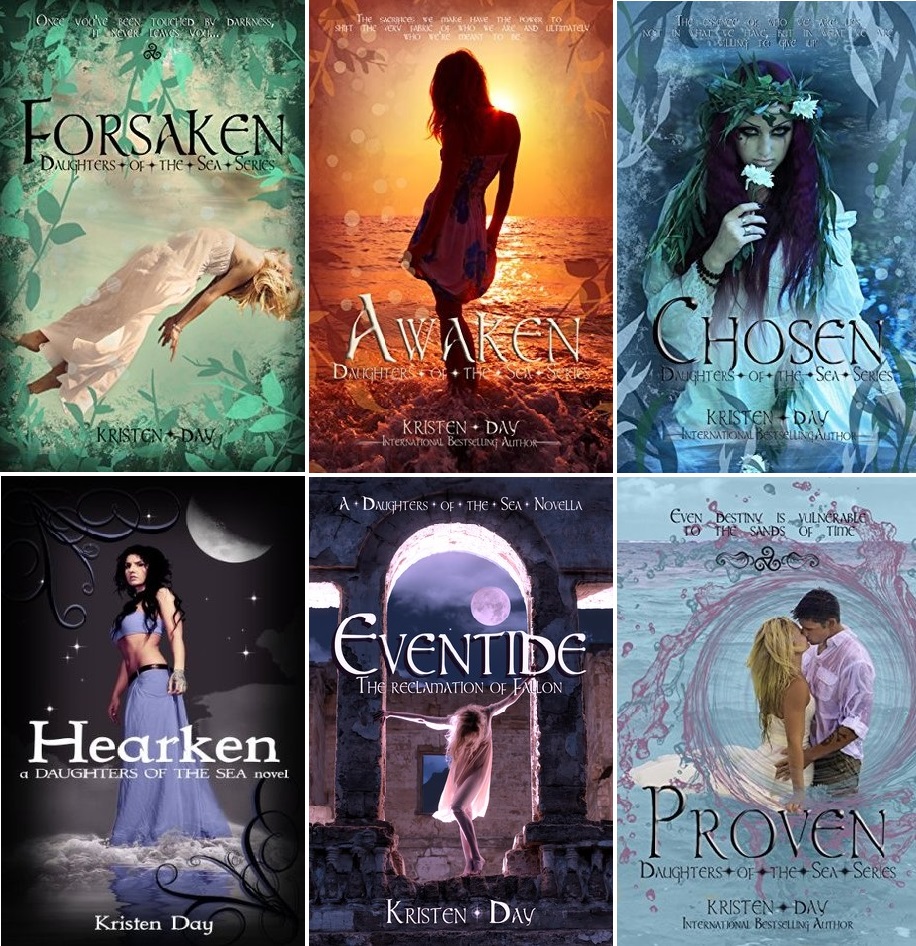 Hannah or her name that she personally chose, Anastasia, nicknamed Stasia was abandoned by her parents when she was little, she lived in several horrible foster families until the Whitman took her under their wing.

However, when she fainted during a party, her foster mother took her to see a therapist, but strangely, the doctor recommended her to go to a boarding school for ‘people like her’.

In the school, she was assigned to a mentor named Kira, and living with her cool roommates Phoebe, Carmen and Willow. Soon, she found out that everyone has abilities and that they’re all descendants from sea gods and goddesses.

There were four Orders: Tydes, Sirens, Tritons & Sons of Daimon. But Stasia wasn’t just the normal Tydes. She was prophesied to be a part of the ancient legend, and that the fate of all the descendants depends upon it.

Stasia also finally met Finn, the mysterious guy who always appeared in her dream countless times, and it wasn’t romantic dreams, but more to blood and murder.

She didn’t even know the guy was real until she finally saw him in the flesh, and she was immediately drawn to him. But her roommates told her to stay away from him as he was said to be cursed.

The story in this series was completely different than the one written by Kathryn Lasky despite having the same series’s title.

Between the two series, I much prefer this one, the plot was thrilling with mysteries, there’s so much going on here, the challenges they faced to fulfill their destiny, the strong friendship, the heartache, the sacrificed, it was so good.

It has been a while since the last time I dream about the story that I was reading. But while reading the last book – Proven, I dream that I had a ring tattoo, just like what Finn had! The ring was black with flower pattern.

I probably dream about it because when Mike lost the wedding ring in Koh Chang, we jokingly said getting it tattoo so that it won’t slip off anymore, and since living in Bogota, I never wear mine anymore for a safety reason. Should we really go on with it?