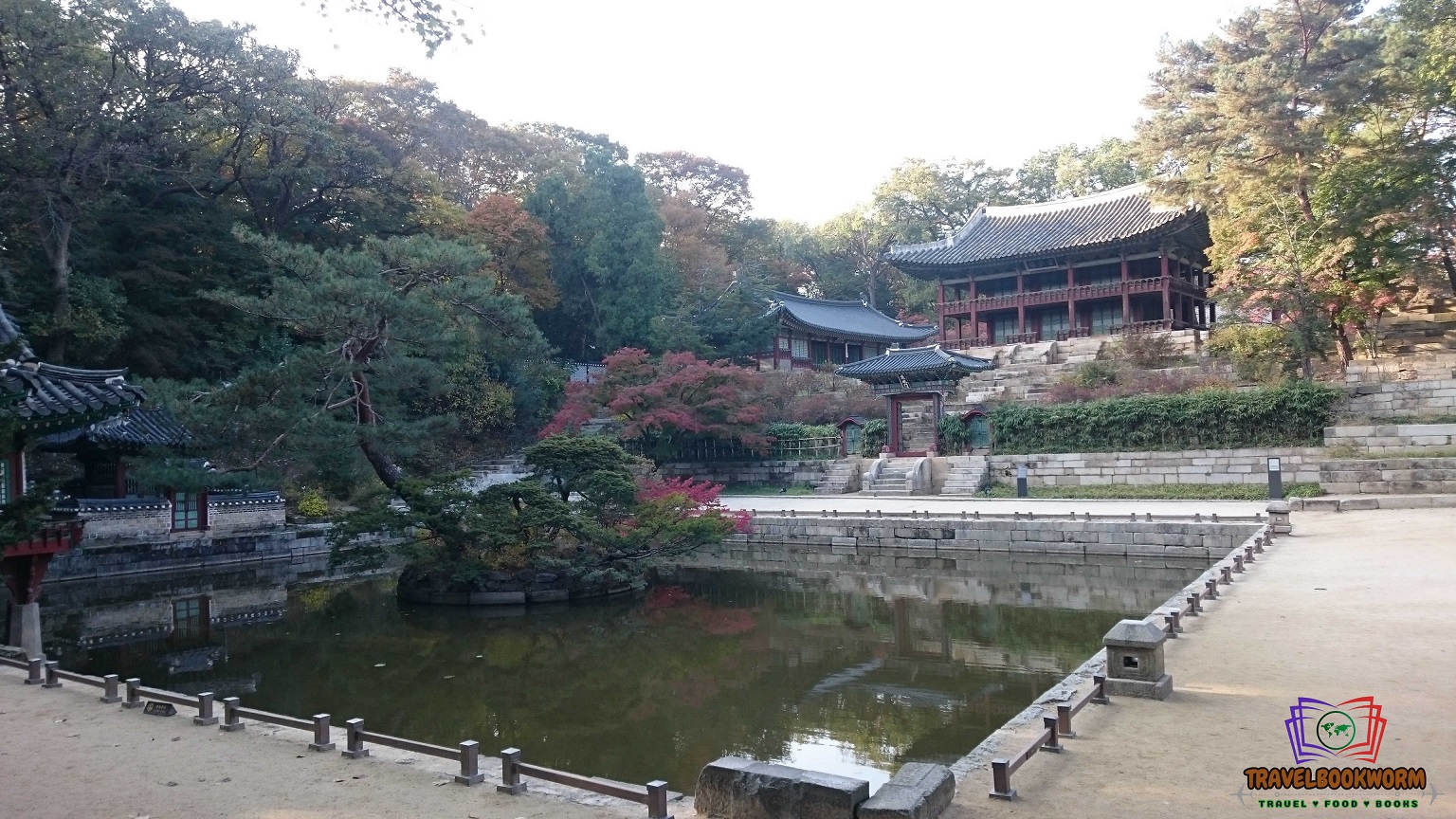 Changdeokgung Palace is one of the five grand palaces built by the kings of the Joseon Dynasty. My goal today was to explore the 78-acres Secret Garden. The entrance to the palace (DonHwa-Mun) is only about 5 minutes walking distance from Anguk station Line 3.

The queue was long, and I kept looking at the online information board for the ticket availability, and it made my heart raced.

If you were to buy the ticket individually at the palaces, you would have to pay about 14,000won for all the tour. The cheapest way is to get the Integrated Admission ticket, the price is 10,000won and tickets are valid for three months from the date of purchase.

The tour started at 2:30 pm and I wish I hadn’t arrived so late because I didn’t have time to venture the other area.

Secret Garden of Changdeokgung Palace
Created when Changdeokgung Palace was constructed during King Taejong’s reign (1400-1418), the Secret Garden could be accessed from both Changdeokgung and Changgyeonggung palaces. During the Japanese invasion of 1592, many of the garden pavilions were destroyed. Restoration work began in 1623 and continued through the reigns of succeeding monarchs, leading to its present appearance. The Secret Garden of Changdeokgung Palace presents an exceptionally exquisite design. It is adapted to the topography and the natural setting was accentuated by minimizing artificial landscaping. Ponds and the Ongnyucheon Stream run through the small valleys. Unlike the traditional sense of most palace gardens around the world, this secluded and wooded garden had multiple purposes, not only as a place for the composition of poems but also a venue for banquets and military drills conducted in the presence of the king. Uniquely the king and queen also engaged in ritualistic farming and raising silkworms in the Secret Garden.

The crowd began to form in two lines shortly after the announcement was made. Once the officer collected our ticket and we were on the other side of the gate, the crowd began to spread out. I didn’t wait for the tour, I walked on my own by following the marked trail, and I had no idea what’s in the itinerary for the guided tour.

Buyongji and Juhamnu
This area lies in the heart of the Secret Garden. It was a relatively open place used for retreats as well as studying. The royal libraries, Gyujanggak and Seohyanggak, stood in this area. In front of Yeonghwadang royal banquets were held and state exams were conducted on special occasions in the presence of the king. Buyongjeong Pavilion was used as a venue for private retreats. Juhamnu Pavilion stands on the high ground, commanding a sweeping view. Though each of these buildings is unique, together they form and exquisite landscape in harmony with their environment.

Jondeokjeong and Pyeomusa
Two square ponds and one round pond originally graced this part of the Secret Garden, the section most recently landscaped. However, during the Japanese occupation, they were all combined into one curved pond. Surrounding the pond are pavilions with unique shapes including Jondeokjeong with a two-tiered hexagonal roof, Gwallamjeong with a fan-shaped roof, and Pyeomusa with a gambrel roof. On the hill opposite Gwallamjeong stands Seungjaejeong Pavilion. Gwallamjeong and Seungjaejeong were built after the 1830s, while Jondeokjeong, the oldest of the pavilions, was built in 1644.

Ongnyucheon and Vicinity
“A stream flowing in a deep valley in the north” is known as Ongnyucheon. On a large rock, a curving U-shaped channel was carved and a poem was inscribed. In 1636, the rock was used to create a waterfall, which is the origin of Ongyucheon Stream. The king and his leading officials sometimes held parties here during which they composed poems while sending wine cups afloat on the waters. Three Chinese characters of ‘玉流川’ were inscribed on Soyoam Rock by King Injo, and the poem on the Ongyucheon landscape was composed by King Sukjong. Tiny, humble pavilions were built here and there on the grounds, giving the garden a strong sense of privacy and intimacy.

Yeongyeongdang
Crown Prince Hyomyeong (1809-1830) constructed the Yeongyeongdang Residence in 1828 to hold the Jinjakrye ceremony for his father, King Sunjong. Court officials presented wine and food to the king and queen during this cer emony, which the crown prince held to strengthen royal authority. This structure is different from the original; in 1865, King Gojong built Yeongyeongdang as we see it today. The king’s quarters and queen’s quarters were modeled after the houses of the Joseon literati. Seonhyangjae, a study, contains Chinese-style side walls and Western-style blinds.

Once I finished the tour, I went to Changgyeonggung Palace which located just next to the Secret Garden’s entrance.

P/s: Most of the information provided in here are taken from the board you see out there, and for your information, the Information board is written in Korean, English, Chinese and Japanese languages.