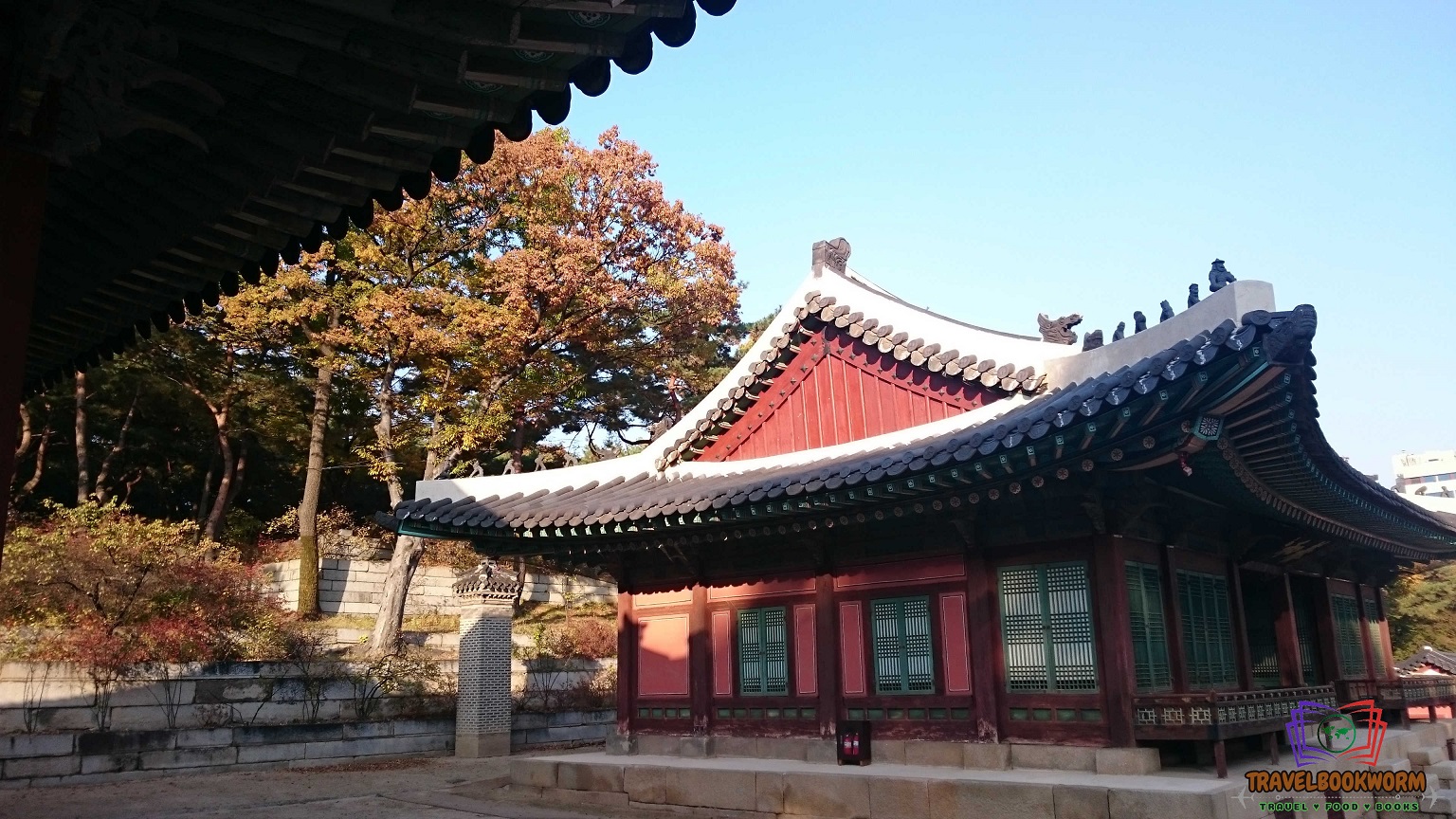 By the time I finished my tour at the Secret Garden, there’s only a little juice left on my phone. With the remaining power, I couldn’t take plenty of photos here. I chose to visit this place on the same day because the location which is just next to the Garden’s entrance. But I’ll have to go to the other palaces another day because without my camera phone to take a picture; it’s like a day without sunshine.

Changgyeonggung Palace
On the Changgyonggung site, Suganggung Palace was built in 1418 by King Sejong for his father King Taejong, after he abdicated the throne. In 1483, King Seongjong built a huge palace for three dowager queens, renaming it Changgyeonggung. Changgyeonggung actually comprised one palace together with Changdeokgung Palace, and the two palaces were collectively called Donggwol, the East Palace.

The rear garden was also shared by the two palaces. Having served as auxiliary facilities because of lack of adequate living space in Changdeokgung, Changgyeonggung was used as a residential area for concubines, princesses, and lady attendants at the palace. Unlike Gyeongbokgung, which was organized in accordance with certain royal principles, Changgyeonggung was built in a relatively liberal manner in terms of architectural style and systems. Although a palace was built facing south according to standard principles, the main building of Changgyeonggung faces east, which is exceptional. It was built that way to view Hamchunwon, a royal garden, and Mt. Naksan.

Other facilities for the royal household were built facing south. Convenience in everyday living was emphasized in the construction of Changgyeonggung, while also following the topography of the area, making it a palace that boasts both natural beauty and practicality. During the Japanese invasion of 1592, Changgyeonggung and other palaces were burned down. Changgyeonggung was rebuilt in 1616, when Myeongjeongjeon Hall, Myeongjeongmun Gate, and Honghwamun Gate were rebuilt. These three buildings are some of the oldest palace buildings that remain in Changgyeonggung today.

The high point of palace life at Changgyeonggung was during the 1830s.Donggwoldo, a drawing of the East Palace, vividly depicts the East Palace at the time as a harmonious complex crowded with quarters of royal wives and concubines, as well as residences of princesses, government offices, and gardens everywhere. The Japanese deprived Changgyeonggung of its status as a palace during the occupation (1910-1945) and made it a resort with a zoo and botanical gardens They renamed it Changgyeongwon (Changgyeong garden), downgrading it from Changgyeonggung (Changgyeong Palace). In 1983, the Korean government removed the zoo and has attempted to restore the palace to its original appearance. Though much remains to be done and many relics and buildings have not yet been restored, Changgyeonggung allows us to experience royal life as it was hundreds of years ago.

Gyeongchunjeon and Hwangyeongjeon
Gyeongchunjeon was the sleeping quarters of the wife of the deceased king, and Hwanggyeongjeon was sleeping quarters for the current king and his wife. Both buildings were rebuilt in 1834. Each of these buildings originally had a separate area surrounded by haenggak (A roofed, wall-like structure whose interior was used as shelter for low-ranking palace workers of for storage).

Gyeongchunjeon was also used as a delivery room, and King Jeongjo and King Heonjong were born here. To commemorate his own birth here, King Jeongjo himself wrote a plaque meaning “Birth Hall” and hung it above the entrance. Hwanggyeongjeon is where King Jungjong and Prince Sohyeon passed away. The area behind this building to the north used to be crowded with sleeping quarters of wives of the deceased king, but it is empty today.

The courtyard in front of Myeongjeongjeon was covered with wide, flat, rectangular stones. At the center of the court is a three-level walkway for processions that accentuated the sense of dignity of the palace. Only the king was to use the center walkway. To the rear of this area was a corridor connecting it to other palace buildings. The court is enclosed by Myeongjeongmun Gate and its haenggak, a roofed, wall-like structure surrounding the entire area. The interior of the haenggak was used by royal guards or for preparations for royal funerals.

Honghwamun Area
The main gate of Changgyeonggung Palace, Honghwamun, faces east, like the central part of the palace. It was rebuilt in 1616, and it was here that the king received ordinary people. Military examinations were held outside this gate. Hamchunwon Hill, now on the grounds of Seoul National University Hospital, was an archery range. Although the gate was relatively modest for the gate of a royal palace, a pair of Sipjagak pavilions was built on the right and left in order to uphold the standards of a palace gate. Inside the gate, Geumcheon Stream and Okcheongyo Bridge served as a symbolic entry courtyard.

My phone battery depleted just shortly after I took the gate’s picture, and I have no idea how to get back home from this exit.

I have not idea on the location of the nearest station (Anguk & Hyehwa station), so, I followed the road and walked straight down. I ended up in Gwangjang market, and I took the subway at Jongno 3 station. In today’s journey, I walked for 5.8km in 2 hours 30 minutes.

P/S: The information written in different shades are copied from the information board in the place. I didn’t want to waste time re-writing those information. So, credit goes to the “Information Board”