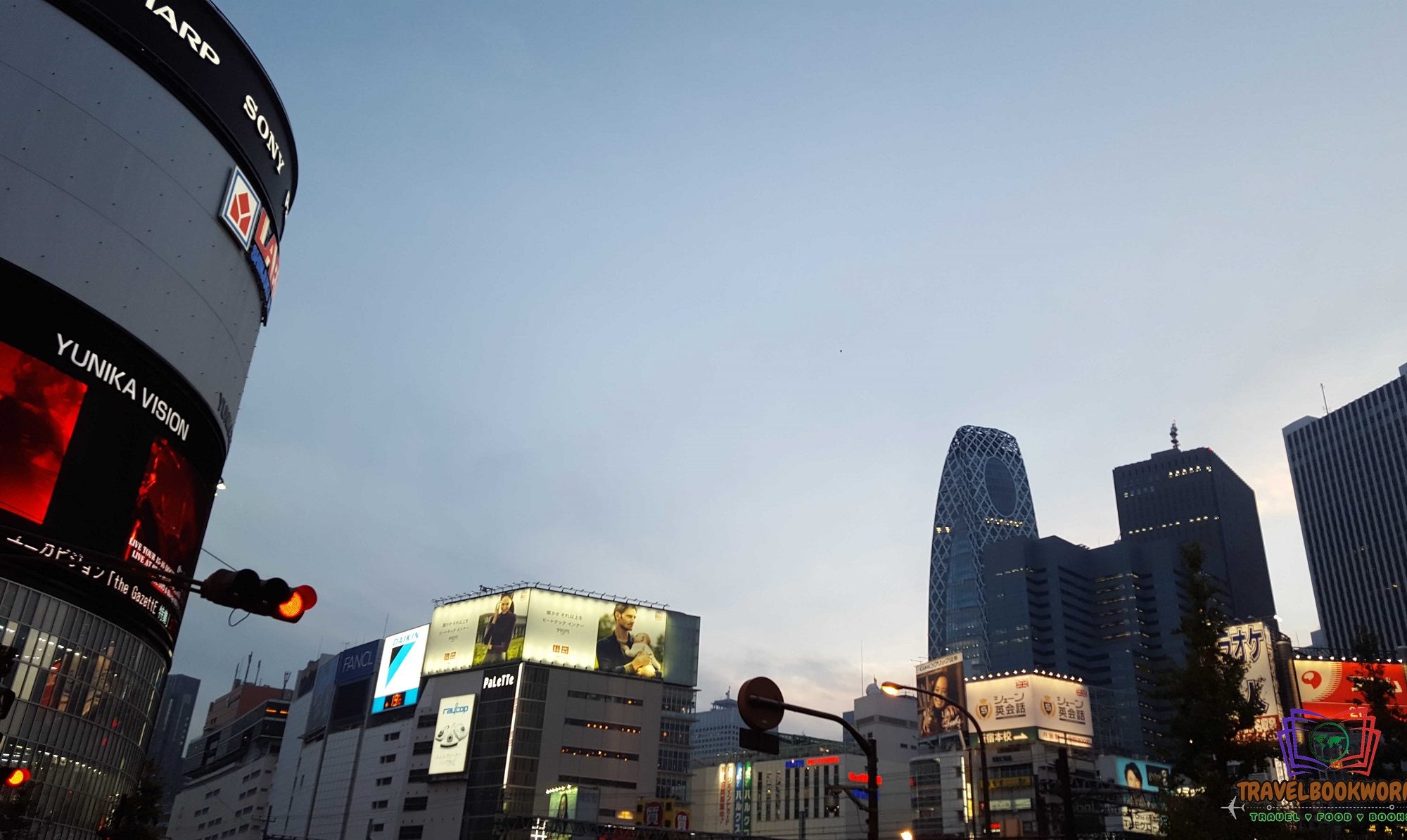 This was my first time in Japan and I was super excited to explore this country. Our Flight departed from Incheon at 10:36 am and we reached Narita airport terminal 3 after 1 hrs 55 minutes flight time.

The immigration was crowded, but it didn’t take much time; the whole process was less than 15 minutes, which was really impressive. We had our lunch at the airport cafeteria before walking to terminal 2 which was about 560 meters away.

The N’ex train cost ¥4,000 per person for a return ticket, and the journey takes 74 minutes to Shinjuku station.

According to Wikipedia as recorded in 2007, Shinjuku’s station was used by an average of 3.64 million people per day, and it has over 200 exits! No wonder we couldn’t find the correct exit to the hotel, and we ended up walking one big round to Apa Hotel.

We had a few drinks with Matt at the Hub then had a late dinner at Coco. While we were having dinner there, I overheard the waitress said to the other customer “you guys order already?” I’ve got a strong urge to ask her if she’s from Malaysia. But then I heard her speaking in Japanese and I started to doubt myself. However, I still couldn’t shake the feeling that she might be from Malaysia. So, before we left, I approached and ask her, and yes I was right. She told me that she studies there and in order to get a part-time job, she needs to be able to converse in Japanese.

The next morning we had our breakfast near the hotel and ordered via the kiosk machine. I had a premium beef with rice with an egg @  ‎¥360.

What to do with the raw egg? I thought it’s probably for the soup, but we weren’t sure, so we asked the waitress and she told us to have it with soy sauce. I couldn’t stomach the egg white, so I separated it and only had the yolk. Surprisingly, I actually like it, and I planned to have it again in future.

We walked to Shinjuku Gyoen National Garden & Meiji Memorial Picture Gallery, but we didn’t realise that it closed on every Monday.

For those who want to visit Shinjuku Gyoen National Garden, the opening hours and fees are as follows:

We ended up just wandering around and only by luck we stumbled upon this beautiful Gingko tunnel, Icho Namiki. This place located on the opposite of Meiji memorial picture gallery.

Crowd queuing up for the Shake Shack. But that’s not why I took this photo, I was actually taking pictures of the two massive dog.

We stopped by to have our late lunch in this lovely place. It was cosy but busy too. We ordered by looking at the picture menu & I’m not sure what we had, but it was ¥880 each.

We ended our day by having a few drinks at a different pub and also went to some local drinking places. But we didn’t stay out late because tomorrow we will be travelling to Lake Kawaguchi.