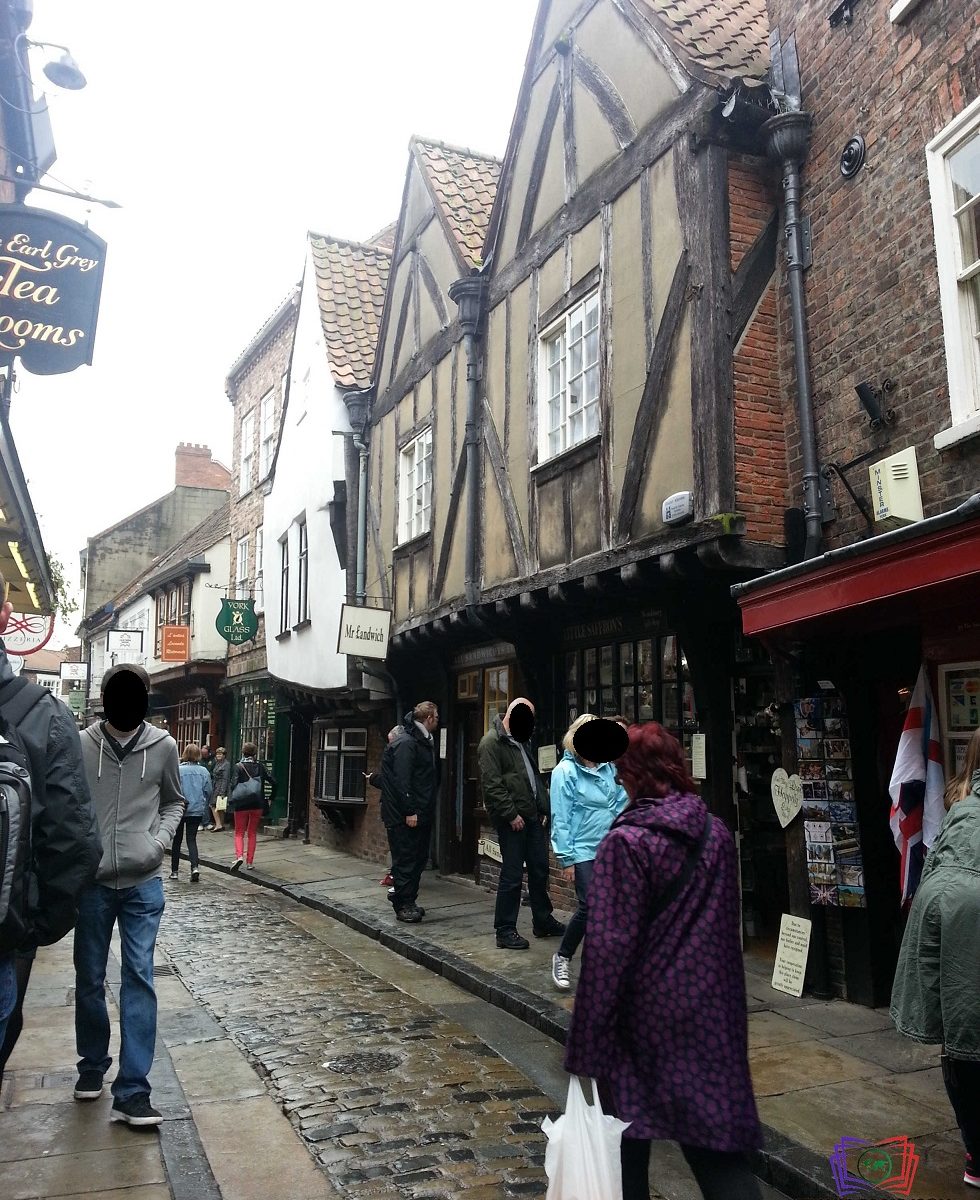 We just arrived yesterday, and today we were already on the move to the ancient city, York! Our train seats from Manchester Picadilly station to York was booked online with First TransPennine Express @ £46 for two. Using the confirmation number given, we printed out the ticket at Picadilly kiosk machine. We left the station at 10:26 am and reached at 11:40 am.

From the station, we walked over to the Lendal bridge and crossed the River Ouse. It was drizzling, but we didn’t let it affect our spirit to explore this beautiful old city. Walking for about 7 minutes, we reached York Minster, the largest medieval gothic cathedral in northern Europe. The statue of Constantine The Great was just next to the Cathedral, and there was the information written as follows:

Constantine The Great 274 – 337
Near this place, Constantine was proclaimed Roman Emperor in 306. His recognition of the civil liberties of his Christian subjects, and his own conversion to the faith, established the religious foundations of Western Christendom.

When we got inside the Cathedral, we paid for the admission fees and also booked for Tower Trip at 1 pm. The price was £15 per person. While waiting for the tour, we wandered around admiring the stunning architecture, the beautiful stained glass, and some other historical artefacts.

10 minutes before the tour started, we were already waiting at the gathering place with the others. All of us were excited and couldn’t wait for it to begin. It started on time, and we slowly walked up at the narrowed spiral stairway about 230 foot high. There were 275 steps in total, and before we reached the viewing platform, we saw Minster’s Medieval pinnacles and gargoyles when crossing over to the other tower.

The viewing platform was caged for safety, but the hole was big enough to give your camera lens space to work their magic. There were pictures with information at four different angles to tell the directions to look for particular places. Some places were far away and could only be spotted if you have superman’s eyes.

I was hungry by the time we finished the tour, so we walked around to find a place to have lunch. We came across with Pivni, a black and white 16th-century timber-framed building. The food was delicious, and they have varieties of craft beers.

We wandered around Coopergate for a while before continuing our next tour at Ghost House 35 Stonegate.

There were a few of us on tour, and we were all walking cautiously and alert around the house. We stopped in a few dimly lit rooms and listened to the storytelling. I took a few pictures but was a bit disappointed because there wasn’t anything unusual captured in the camera.

Next, we went to Clifford’s Towers, but we didn’t get inside because we were running out of time.

In our last tour, we went to the York Dungeon to hear and see the play on York’s darkest history. Mike had bought the ticket online for the price of £15.84 for two. Throughout the whole tour, my heart was racing because the actors always tried to scare the audience. In some scenes, we were asked to participate too! The play lasted about one and a half hours. It was my first experience in a dungeon, and I had so much fun that I wouldn’t hesitate to come again in the future if I have a chance.

We had our quick dinner at the Lowther, which was just 2 minutes walk from the dungeon. After the meal, we rushed to the station.

We left York station at 7:24 pm and reached Piccadilly station at 8:45 pm