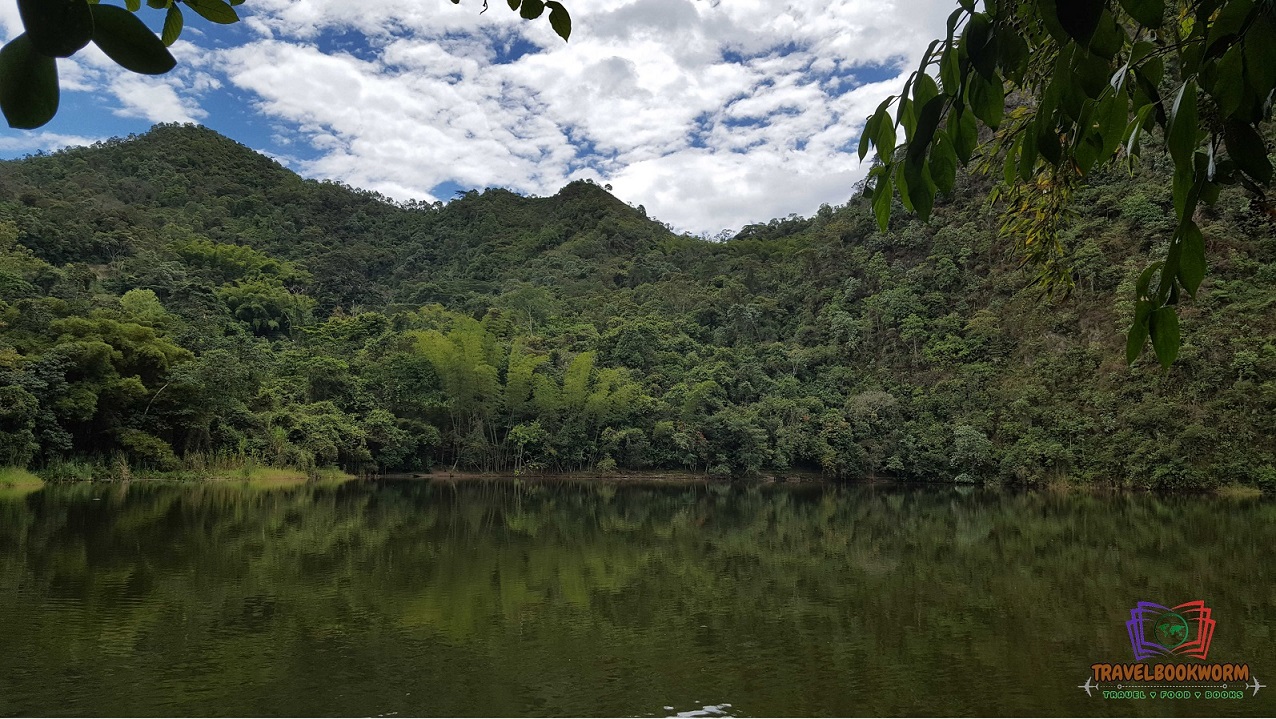 Colombia is a tropical country with a similar climate to Malaysia. But the capital city, Bogota is a little cooler than most places in Colombia due to its high elevation. Stands on a plateau in the Andes Mountains, 2,640 meters above sea level, the temperature typically varies from 10 Celsius to 19 Celsius over the course of the year.

La Vega is one of the closest towns to Bogota where you could seek for warm weather (LO-18 Celcius to HI-28 Celcius). With the distance about 80km, escaping the city required only about one and a half hour driving. Hiring a car or a taxi would be the best option. We paid 200,000 Pesos for our day trip to this town, and it was about 28 Celcius when we were there.

Our driver, Ricardo (I think that’s his name), drove to our apartment at almost 10 am (the original schedule of the meeting time was 9 am). We actually went down to the lobby and waited for him, but later on, we gave up and went back home. I managed to cook and had my breakfast (Mike didn’t want any) before the call came in, telling us that he’s downstairs.

Ricardo told us that he works for the Davienda bank and since he has a day off, and he never been to the places we’re heading to, he took the opportunity and drove us to the site. When we arrived at La Vega town, Ricardo stopped his car next to the town square, and we went for a visit to the church nearby – Iglesia de La Vega.

Next stop was Laguna El Tabacal, located about 7 km away from the town. The road was quite narrow, up and down the hill, but not as bad as compared to the one heading towards the Waterfall; gravel road and winding. Along the way, we could see fincas for rent, and the view in each of the houses was overlooking the valley or mountain, and it’s spectacular.

What can be found in Laguna El Tabacal:
* Plenty of fish of various species and sizes
* Pathway to walk to the top and enjoy the lagoon’s view

The Myths of the lagoon
* Formed by a meteorite impact and the Cacique (leader of an indigenous group) filled it with water and used it to perform a ritual, bathe and also kept treasure at the bottom of it.
* Woman regained virginity by bathing in it.

Entrance fees: 3,500 pesos (Electronic key card given, return it when exiting the place).

After driving slowly for about 45 minutes from the Laguna, we arrived at the parking space for the Cascadas Del Chupal. There’s a restaurant next to the parking space, and from there we walked for about ten minutes to the camping site near the waterfalls. When we were there, there’s no one taking care of the entrance, in fact, there’s nobody around except us.

There’s another waterfall named El Paraíso with its height 55 meters, but we didn’t know where it was. We spent about 30 minutes there, enjoying the cool breeze and splash from the waterfall before walking back to the restaurant and bought some drink. We saved from paying the entrance fees to the cascadas, but we still pay to the restaurant owner for the parking fees which was 4,000 pesos.

We drove back to town and had late lunch at Los Asados de Daniel Restaurante. While waiting for our meal to be ready, Ricardo went to buy Roscones. He told us that this type only available in La Vega. I had some of it, and I love it. It tasted like cranberries jam in the middle.

Once we finished our meal at about 4:50 pm, we couldn’t immediately go back to Bogota due to the restriction, which is known as Pico y placa. Our car’s plate number was an odd number, which means restricted driving on odd-numbered days – it’s 9th July today, so we have to stick around for a while before we could drive back to the city. We walk around the town, sat at the square watching the world go by, and saw the youngster doing some aerobic exercise.

When the bell from the church rang at 5:30 pm, we left the town, and Ricardo tried to waste some time by driving slowly. However, we still reached the outskirt of Bogota before 7 pm and had to stop on the roadside, joining the other cars while waiting for 7:30 pm to come.

We reached home at 8:30 pm. The whole journey, if it weren’t because of the waiting time and jammed on the road, we would have arrived home quite early. Overall, it was an enjoyable experience, and it’s nice to be back to the warm even it’s just for a few hours.