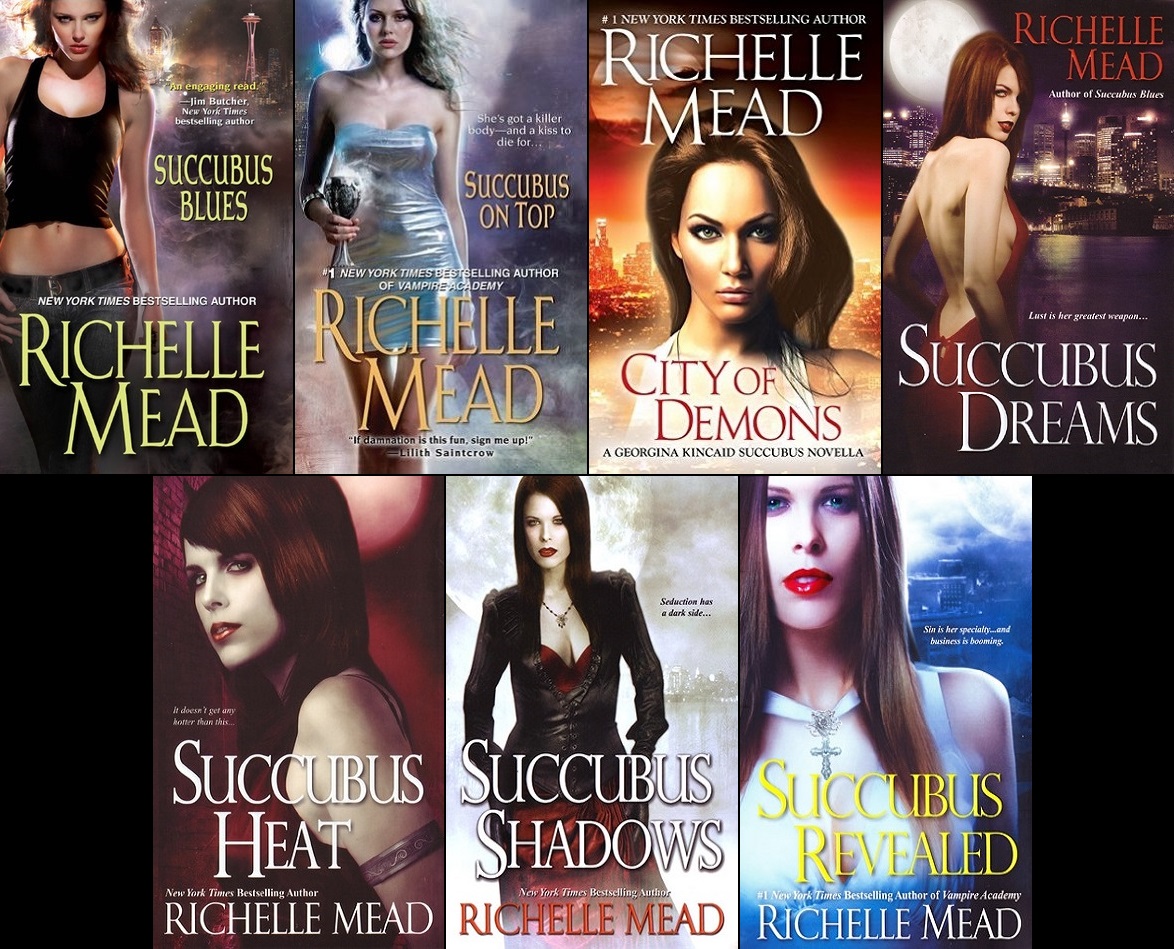 Georgina Kincaid or her original name Letha was born in the 5th century. She was married to Kyriakos, but because of her wrongdoing, she signed her soul to hell and became a succubus for eternity. In return, she wants her husband and anyone who knows her to forget about her existence, for them to live a happy life without the painful memory.

Being a Succubus with shapeshifting power, she could be whoever she wants and get whatever outfit she needed. Her job was simple, seduce men while sucking their life force to stay alive. Condemning good soul to sin will earn her extra power boost and also get recognition from hell. But she wasn’t the typical Succubus who enjoy doing such thing; she much prefers her day job as a manager of a local bookstore in Seattle.

In the bookstore, she met Seth, her favourite author and later on fell in love with him. But their relationship was complicated due to her nature, while Seth willing to sacrifice his few years of life to have a physical contact with Georgina, our heroine doesn’t want it to be that way.

Book 1. There’s a killer on the loose, and the supernatural beings were being targeted. Georgina needs to protect her friends and also find out who’s the murderer.

Book 2. Something was going on with her mortal friends, they were acting weird and with a sudden boost of energy. She needs to find the responsible person before it’s too late. Also, her former partner in crime, Sebastian, an incubus was in trouble, and she needs to help save his job.

Book 2.5. Georgina was on holiday with Seth, but her boss, Jerome called her back and sent her to a Demon court to be one of the Jury over an immortal murdered case. She needs to figure out who was the real killer and cast her vote. And something was going on with Seth, did he cheated on her?

Book 3. A group of Angel were in town bearing some secretive mission. But Georgina couldn’t be nosy as she needs to train a new Succubus, and also something was happening to her; her full energy drained whenever she awake from a vivid dream about having a daughter and husband, but she couldn’t see his face. What’s happening to her? And who was the man in her dream?

Book 4. Georgina was sent to work in another territory and be a spy for Jerome. But later on, her boss suddenly went missing and following with his absent, all the supernatural being under his care losses their ability, including Georgina’s succubus power. She needs to find Jerome fast before they elected a new boss. Who’s the kidnapper and where was Jerome?

Book 5. Strange things start happening to Georgina whenever she was feeling depressed. Something was luring her, and she managed to stay away few times, but at the end, she succumbed to it. Trap in a dream world, she was tortured by the dream of her past life and the current, some were true, and some were being altered. Confused and feeling weak, who could save her from this nightmare?

Book 6. Georgina was suddenly being ordered to transfer to another territory, where the former boss that she liked was in charged, her partner in crime was also there, and she gets to do things that she loved – dance. Everything seems perfect, but why the sudden transfer?

Georgina in this book was so much like Rose in Vampire Academy. They were both beautiful with brains and badasses. There’s plenty of hot and steamy scenes in this series, suitable for adults. I always love Richelle Mead books, and what made me like this series was the smooth storyline, and I love a happy ending story!