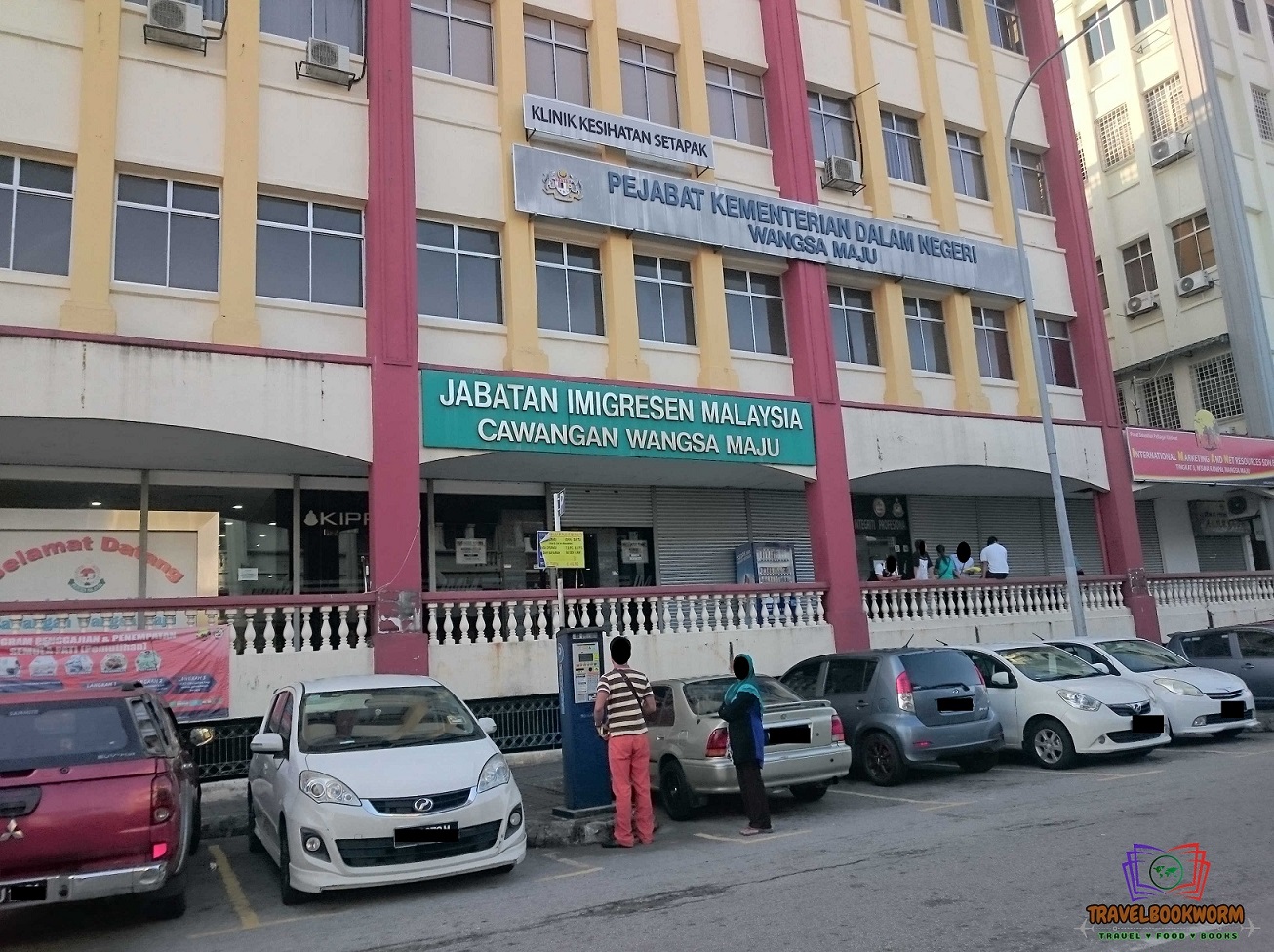 Urgent passport renewal for Malaysian living abroad. That’s the first keywords that I typed in Google three months ago when I tried looking for information. Here’s what I gathered after days of research and my final solution to it.

Passport Renewal at the Embassy

Renewing a passport with the embassy in Seoul will take at least three to six months. It’s alright for those without any upcoming travel plans. As for me, even though my passport is still valid until early December this year, I have an incoming flight in Mac, and I’m also moving out in May.

So I couldn’t submit it in January because if I still haven’t got my passport back by that time, I won’t be able to fly out in March and also moved out of this country.

I called up the embassy in Seoul and asked why it takes such a long time to renew a passport. The consulate, Mr Hanafi, told me that it’s because they use a ‘Diplomatic Bag’. Once every two months, they send and receive the correspondence back. According to him, the fastest passport renewal that he ever handle was about two months. But he couldn’t guarantee it, and I dare not to take the risk. So, I did some digging for any possibilities to get it done in the shortest time, and this was what I got.

Malaysian that living in the United Kingdom, United States, Australia, Hong Kong, Singapore and Indonesia, they are so lucky because the embassy over there has the authority and equipment to make a passport.

What if I travel over to the countries that I’ve mentioned earlier, would I be able to get it done? According to my findings, one of the terms stating about having proof of a valid visa to stay in the country. Am I entitle as a tourist? I sent them an email to ask about it, but sadly, they never replied to my email. If you know about this, please let me know.

I also thought of getting it done online and then fly over to get it. In that way, I could skip the first process and straight away to the process of collecting it. However, the problem was that once they renewed it, my current passport would no longer valid and I couldn’t even travel back.

So, it’s not an option for me to consider. But for those living in the countries that I’ve mentioned earlier, they can do it online and go to their high commission office to collect it, EXCEPT for Australia. At the moment, it doesn’t show up in the ‘Collection Branch’ list. Maybe in the future, they will include it. To renew your passport online, click here.

After all the time I’d spent looking for a solution to renew my passport, sadly, the conclusion to it was to go back to Malaysia. I would have to sacrifice one and a half-day of my holiday in Bangkok this coming Mac and go back to get it done.

I chose Kuala Lumpur because AirAsia offered plenty of flight time to Bangkok, and it’s inexpensive too. But now, the question is whether one day in Malaysia would be sufficient to get it done? We often heard about the system down and the long queue in the immigration office during the school holiday. So I google on Immigration office that has ‘one hour one passport’ option, and I saw plenty of places offering the service. One that stood out was the Wangsa Maju branch. It has a lot of positive comments.

Flying Back to Kuala Lumpur

On 20th March, Matthew, Mike and I checked in at the AirAsia counter for our flight to Bangkok departing at 11:20 am. I asked the officer if it would be alright to use the softcopy ticket for the transfer at Don Muang airport, and she told me that it would be fine.

During the flight, as the flight attendant distributing the arrival card, I ask him if I need one for a transfer and he told me that I didn’t need it.

I should have told him that I didn’t have the flight ticket, or at least keep the form with me! Because when I arrived at the transfer counter at about 3:40 pm, they asked me to go through the immigration and then get the boarding pass at the check-in counter. I wasted my time looking around to get the arrival card.

I was panicking when I saw there were so many people at the immigration and also at the check-in counter. But everything went well, and I even made a new friend. We met while we were both queuing for our document check, and she was behind me. We went to the security check and immigration together and then have to part ways when we got to my boarding gate.

Lia Amalina was travelling back to Singapore after her first solo trip to Bangkok. Sitting alone while waiting for my flight at 6:50 pm, I continued reading my book – Mythos Academy series. I also texted Mike, and he told me that he just reached the hotel. By this time tomorrow, I would be on my way to the hotel.

We touched down Kuala Lumpur airport just after 10:40 pm, about half an hour delay and Vicky was already there waiting for me. We went to the bus ticket counter, and I didn’t realise that Vivian Ooi was also there. She was helping a Chinese man to purchase a ticket with the Malay lady at the counter next to me. Only when she greeted me on the bus that I realised it was her who helped the man to translate. It’s a small world. The last time that I saw her was when we were holidaying in Koh Samui, and Martin and Vivian drove us to Penang.

The next morning at 6:30 am, Vicky and I took a grab taxi to the immigration office. We reached the Wangsa Maju office just after 7 am and I was relieved to see that we were the first one to arrive. When the office opened at 7:30 am, there were only about 10 of us.

We went to the counter 1 and gave my passport and identification card to the officer. She attached a number to it before giving it back to me.

There were eighteen counters in total including the passport collection. However, during that time, only two were in use for the renewal process. I sat there for eight minutes before they finally called my number and had my picture taken. I didn’t have to put the blazer on since I was wearing black. The officer also asked about my marital status before updating it in the system. I was back in my seat just after spending six minutes at the counter, and wait for the call to make a payment.

Before signing my new passport and leave the office, I checked my details on the page and make sure that everything was in order. This nutjob of getting my passport renewed before flying on the same day was a success!

So, if you are in a situation like me, just make sure to come early. Try to be the first customer and then you can expect your passport to be ready in less than an hour. In my case, it was completed in just 48 minutes starting from the moment I took the number.

With still plenty of time to kill before my flight at 4 pm, Vicky and I went to the JPJ in UTC Puduraya. I knew the fact that I could also renew my passport in the UTC building, but the immigration office here only opens at 8:30 am, and I wanted to have mine ready as early as possible. If you are not in rush, UTC is the best place to come and do all the official things.

I never thought of renewing my driving license on this trip because it still have about one and a half year left. But since we’re already here, I might as well renew it. Furthermore, I wasn’t sure if I would be able to return to Malaysia next year.

However, I wasn’t sure if they would allow me to renew it without having the license with me. Last year I’d exchanged my driving license to a Korean driving license, and at the moment, my license is still with the road traffic department in Seoul.

Fortunately, when I gave my Identification card to the officer and told him that I’d forgotten to bring my driving license, he didn’t ask a further question and just told me not to forget it when I renew it in the future. He also asked me whether to retain the same photo or use the one on my identification card. I told him to use the same picture and paid RM150 for the renewal of five years. Since my license still has a year plus left, I only paid RM120.

Once I finished doing my official tasks, we walked around Sungei Wang and also had lunch. At 1 pm Vicky and I boarded the KLIA2 bus to the airport. The fare was only RM12 for fifty-six minutes journey. If you hail a cab, it would be above RM80 and for a Grab Taxi about RM68.

At the airport, the printing of boarding pass and followed by document verification went smoothly. I bid my farewell to Vicky at the first security checkpoint and walked to the boarding gate. However, the officer wrongly wrote the gate number on my boarding pass.

When I got to Gate Q15, the boarding screen showed the destination was to Hatyai, so I checked the information screen, and saw that my flight was at the gate P5.

I didn’t stop to check on the flight information during my walk to the pier, only checked it when I got there and saw the red flashing letter ‘New Gate’ P11. I walked over to the said gate, and to my disappointment, it had been changed to gate P3.

By the way, my walk exercise wasn’t too bad compared to the distance that a group of Chinese tourists had to walk. Instead of Pier J for domestic flight to Kota Kinabalu, they were at the International terminal Pier P. It would take them about thirty minutes to get to the correct departure building. I hope they made it to the flight.