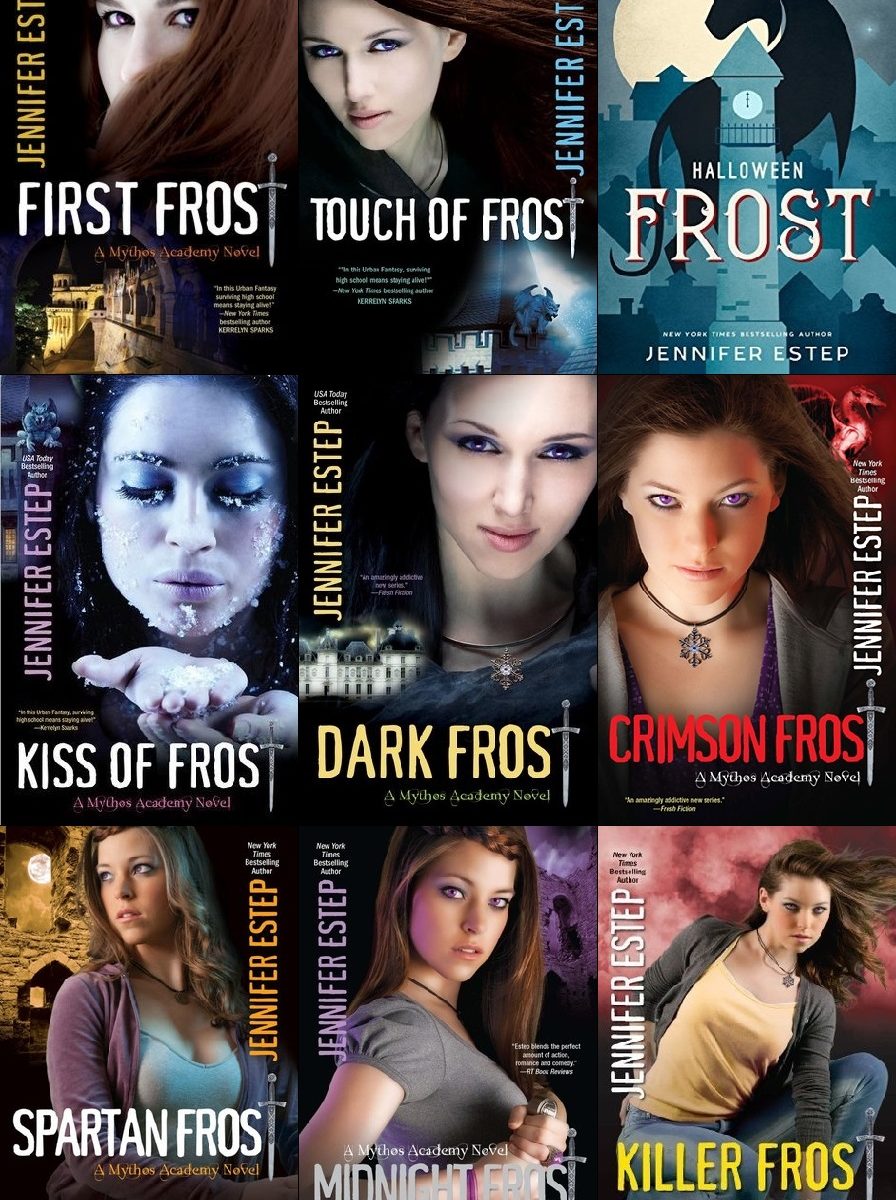 This series’ heroine was a Gypsy teenage girl named Gwen Frost. She had a Psychometry gift which enabled her to feel the emotion and see the memories attached to the object or person.

At first, Gwen studied at a normal school. However, when her mother passed away, her grandmother enrolled her in the Mythos Academy. A school for teenagers with special abilities.

Until she got to the school, Gwen had no idea that Mythological warriors such as Amazon, Valkyrie, Roman, and Spartan existed. She also learned that she’s descended from a long line of Nike’s Champions and that she was supposed to save the world from Loki and his follower, the Reaper.

However, she ended up freeing Loki which was against her will, and she had to figure out how to stop him from creating the second chaos war.

I like the storyline, but because I was annoyed with the repetitive descriptions as well as the unnecessary sentences to describe the noises, I didn’t give it a five stars rating. You will often see these phrases: Clash-clash-clang, Swing-swing-swing, Swipe-swipe-swipe, Thwack-thwack-thwack, Caw-caw-caw, Tap-tap-tap, click-click-clicking, squeak-squeak-squeak, rasp-rasp-rasping, jingle-jingle-jingle, beep-beep-beep and many more.

There’s also a recapped of the story from the previous book in every book, this, of course, would benefit those who didn’t read the book continuously.

I’m glad that the author included some cuteness in this book. I adore the Fenrir Wolfs and also Vic, Gwen’s talking sword. It’s fun to read Gwen’s interaction with the wolfs and also the two swords throwing an insult to one another during the battle.

The author had also started writing another series based on this book called Mythos Academy: Colorado. It’s about Gwen’s cousin, Rory Forseti and her mission to save the world. This series had just completed last year, and I might read it one day!