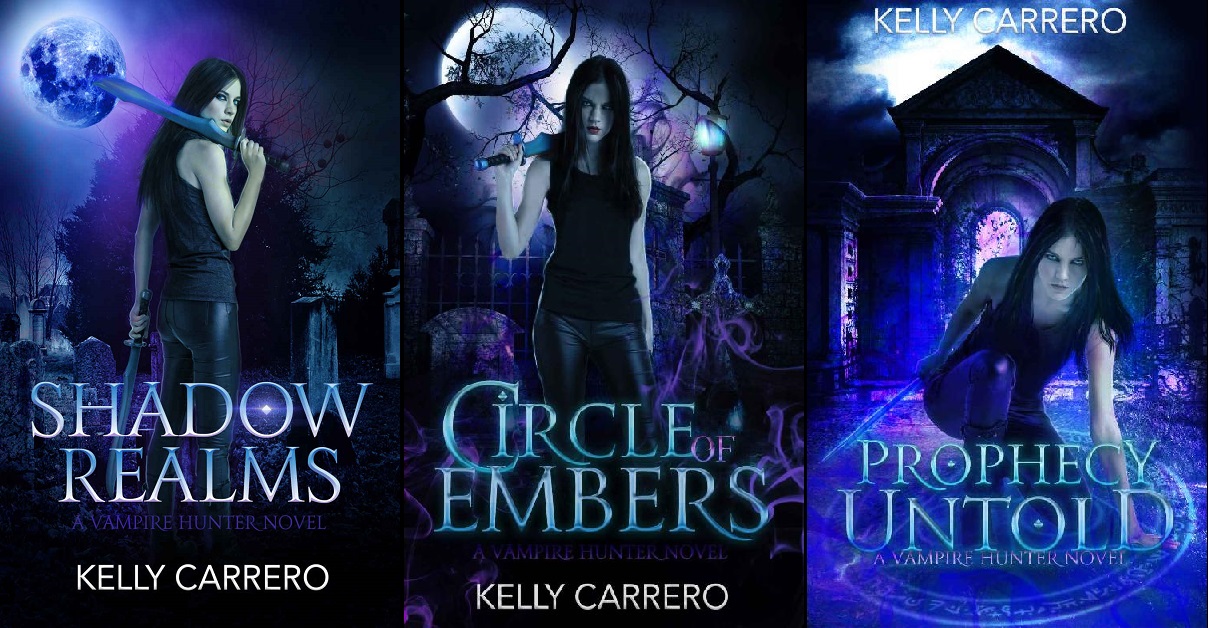 Be warned, this series is with a different concept of Vampires, and if you love reading a love story involving humans and vampires, don’t bother reading this.

In order to defeat a monster, one must become a monster.

Vampires live amongst us, feeding off the innocent and succumbing to the demons controlling their desires.

I tried to pretend they didn’t exist—until the government kidnapped my brother because he holds the genetic making for the cure to eradicate the vampire disease from the world.

Or so they claim.

I know their true motives, and there’s no way I’m going to let them keep him without a fight. Unfortunately, there’s only one way I can become strong enough to go up against them.

Become a vampire myself.

Except, I never expected to come across a ghost from my past who happens to hunt vampires. Now, infiltrating the hunter world, I’m surrounded by those who want to kill me and only a few who want to save me.

But I’ll do whatever it takes to save my little brother. Even become the monster I vowed to kill.

Honestly, when I first dived into the story, I was a bit confused. This new world created by the author is chaotic without a proper introduction. The explanation is a bit slow, and reaching the end of the book, I still do not understand the hierarchy of the hunter. What’s Osmond and their legacy entails?

It takes time to get to know the characters, especially the main heroine, Kali. I didn’t like her at first but gradually accepting her. But, I’m not too fond of the way this story is heading regarding her love life. One moment, she’s drooling over Kade, which I’m ok with, and the next thing we know, she suddenly switched to other. One that I never see it coming.

Nevertheless, I’m still looking forward to reading the next book and finding the answer to the unanswered question. Be warned tho, for those who are yet to read this book, this series comes with a different concept of Vampires, and if you love reading a love story involving humans and vampires, this is not for you. But if you want badass vampire slayers, don’t hesitate to read this series.

What they didn’t say was what would happen to me during my awakening. Nor did they tell me the whole truth about what I am.

Someone is keeping a secret, one that will change the world. And while I’m off trying to save my family, others are slithering behind the shadows, waiting until the time when they can unleash their attack on me and damn our world forever.

But if they think they’re going to win, they don’t know me very well. There isn’t a thing I wouldn’t do to protect those I love—even if I may die trying.

Well, I finished with this book but still have no idea about Osmond and their history. They are the top dog, but less information about them in the story. Instead, another new group appears, but this time with some explanation and background history, which is fine.

Kali has grown into a more likeable character. I loved it when the female turned into a badass slayer, and I can’t wait to read the last book to find out if they have a happy reunion!

Finding out my mother was taken by the demons was both devastating and the best news I’d ever gotten. She’s still alive—and I’m going to get her back.

The only problem is I need someone on the inside, someone I can trust. Someone who just might get us all killed. Then there’s the fact that I’ll need the other descendants to gain the upper hand that will enable us to destroy the demons once and for all, casting them back into the Shadow Realms.

Help will come from the most unlikely of places, and as hard as it is for me to trust, that is exactly what I must do.

Because it’s not just our lives at stake. It’s also my mother’s and every other human’s on the planet. If we screw up, the demons will take over our world, and I’m not sure we’ll get another chance to stop them.

Luckily, I’m not easily rattled. I’m a descendant of the original Huntress, born to defy, destroy, and protect, and I will do whatever it takes to see this through to the end.

I just pray everyone will survive to see us succeed.

A great conclusion to the series! I enjoyed this book more than the previous two books. It’s action-packed, fast-paced and with lovely friends and family bonding time. Most importantly, it’s with a happy ending.

However, like all the series I read from the author, the book is without a prologue. Maybe it’s alright for the other readers, but it always ended too soon after the battle won. I would love to read more of the happy ending part 😊. Hence, asking for a prologue.

Another thing is that I felt like the story was being rushed towards the end with some plotline that wasn’t told in detail. I would love to find out about the rescue mission as well. I need to read Kali thanking the person whom she thought couldn’t be trusted 😂.