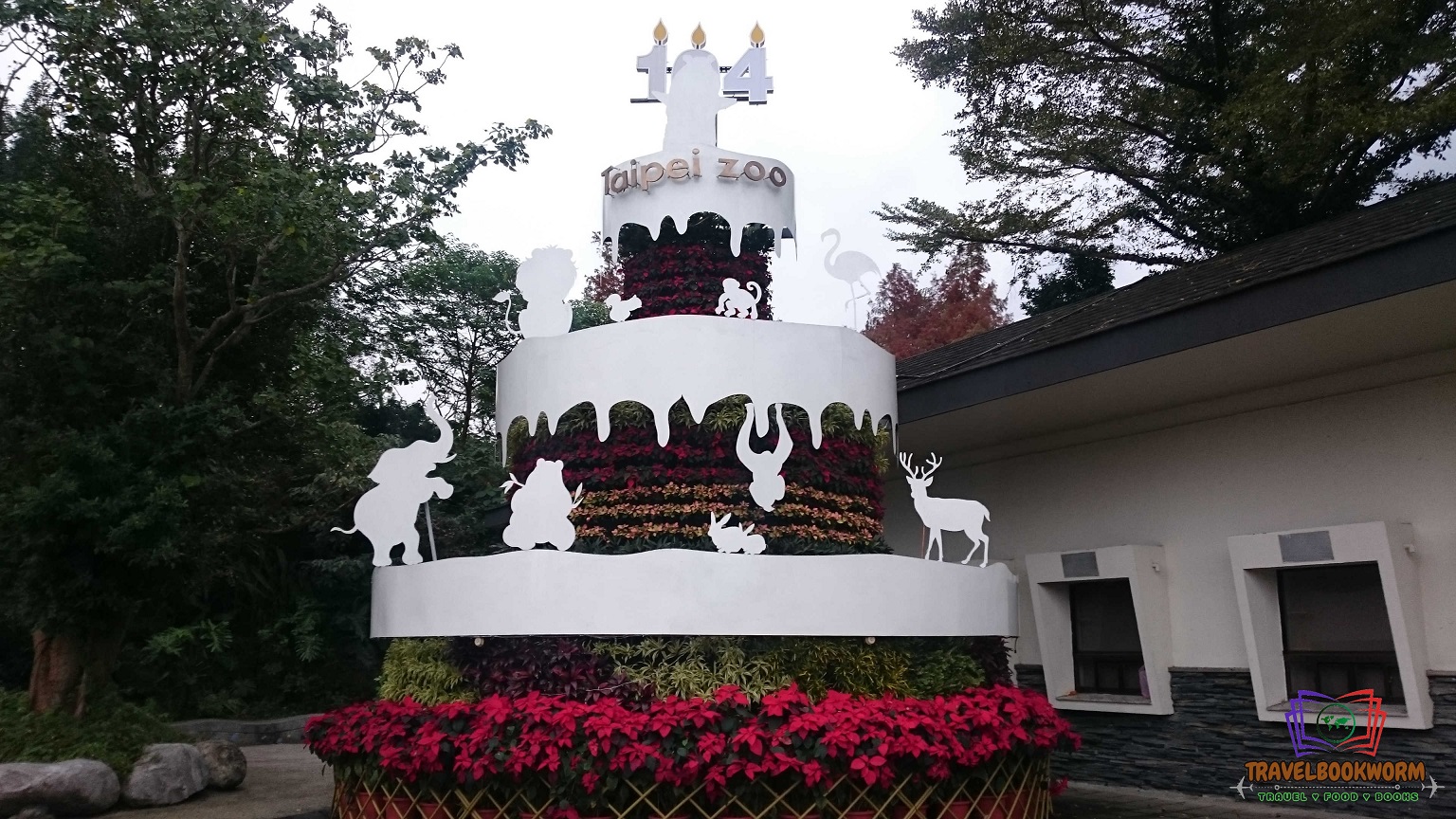 The next morning after breakfast at the hotel, we took the Wenhu Line from Zhongshan Junior High School station to Taipei Zoo station. The ride was about 20 minutes with the cost of NT$ 24 paid with the Easy card. Two months ago when Adam visited us for a hike in Jirisan, he gave us the Easy Card as he no longer needed it. Besides paying for the metro with the card, we also used it to pay for the Maokong Gondola ride and the entrance fees for the Taipei Zoo.

There are two types of cabins, but both charges at the same price of NT$120 for one way.

1. A Normal Cabin – Normal flooring and can accommodate a maximum of eight passengers at a time.

2. The Crystal Cabin – The flooring made of transparent glass and can only take five passengers at a time.

When you reached the top, there are plenty of restaurants, and most of it offered a scenic view of Taipei city. The restaurant we chose to have our lunch was 貓空大觀園. When we entered the restaurant, the waitress immediately ushered us to an empty table. She then gave us a tablet containing plenty of food pictures, and we ordered by showing her the one we wanted.

After the meal, we walked past the houses and came into Zhangshu and Zhanghu Trails. This path used to be a farming pathway. There’s a pool in front of Caiyun pavilion called Mingjing Pool, and the view of the surrounding area was quite scenic. I would have spent more time there if we weren’t rushing to our next location, the Taipei Zoo. There were also other places that we didn’t get to go such as the tea plantation, Zhangshan temple, Telescopic Deck, Xinghua forest, etc.

By the time we reached the Zoo, we only have about two and a half hours before it closed at 5 pm. It’s a big zoo, and we have little time to explore the place. But, we still managed to visit the star of the zoo – firstborn cub in Taiwan named Yuan Zai, an offspring of Tuan Tuan and Yuan Yuan.

The queue to see the Panda was very long. We were told to keep walking in line and not stopping for long to take a picture. Considered yourself lucky if Yuan Zai came out from his hiding place and facing to your direction when it’s your turn to walk past his house.

Formosan Ferret-badger
They are nocturnal animals that hide in crevices or lairs during the day and only come out for food during the night. When being attacked, they emit strong secretion odour to drive away from the attacker. Hence, they are also called “musk foxes.”

Swinhoe’s Pheasant (Lophura Swinhoii)
This protected bird species are endemic to Taiwan. They practice polygyny, and this is why during a breeding period, they only allow one male for one aviary to prevent a fight with each other.

There were three places we didn’t get to tour during our visit. The Koala house because it’s closed, the Insectarium because we missed the turning and also the Penguin house because it’s still far away from our location when we noticed the sky already started darkening at 4:30 pm.

The Zoo entrance fee is NT$60.

Raohe Street night market is one of the oldest night markets in Taipei. The length of this market is about 600 metres, and we visited this place because of its location close to Shongshan station.

This impressive temple was built on the banks of the Keelung River in 1753 and completed in 1757. Ciyou Temple located next to the night market.

Like a typical night market, there’s plenty of food that can be found here especially fried food. We had some snacks and were off looking for a place to drink. However, the owner of the shop refused to sell beer without ordering at least one meal per person. We just had a snack and couldn’t stomach another meal so soon, so we left the place and went to a bar recommended by Adam called On Tap.

We thought we could walk over there, but it was too dark to point in the right direction plus we didn’t have an internet connection to check on the location. So we took a taxi there, and it cost NT$260. When we arrived at the bar, it was very crowded, and we were just lucky to get a seat at the bar. They have a good selection of drinks, and my bottle of cider only costs NT$100 per bottle for the whole day. We ordered Bacon cheeseburger, and it was pretty good. By the end of the night after spending almost 4 hours eating and drinking there, the total of the bill was only NT$2,026.

The next day, we skipped breakfast and check out of the hotel. But we left our luggage at the hotel and went to had brunch. We chose the same restaurant we went to on our first day here, Lee treasurer fine dry noodles.

This time I ordered Kungfu Noodles and Mike ordered the same as last time and an additional side dish of beans.

It’s much cheaper to get to the Taoyuan International Airport by Metro compared to Taxi like we did the first time when we arrived. It’s only cost NT$160.

How we get to Taoyuan International Airport by Metro

Before boarding the airport line, we checked in at the China Airlines counter and printed out our boarding pass. We could have dropped our luggage there too if we wanted. But we prefer to carry it with us so that we don’t have to wait for our luggage when we arrived in Seoul. The airport train only takes 35 minutes to reach the terminal 1.

While waiting for our flight at 6:05 pm, we sat at Hakka Themed Restaurant drinking and spending the remaining of our Taiwan dollars. There are two types of draft beer here, 18 Days Taiwan @ NT$100 and Taiwan Beer @ NT$120. I also found my fruit beer here, it contains only 2.8% alcohol and selling at NT$55. There are three types of flavour: Mango, Pineapple and Grapes.

The restaurant located just in front of the security checkpoint. While sitting there, we watched peoples taking their last Wefie together, a tour guide leading a group bidding farewell to them and some of the members were broody, and some were laughing joyously. It’s quite entertaining watching their reaction. One hour before our flight time, we line up at the security checkpoint. The queue was long, and by the time we reached our gate, it was already time to board the plane. What a perfect timing!

It’s a huge plane, but the screen on every seat was smaller than usual. I didn’t bother to watch any movie this time and just continued reading my book – Ingo series. After two hours and twenty-five minutes later, we finally reached Incheon. It only took us two minutes at the immigration counter as we were the only two foreigners from the plane while the rest were Koreans.