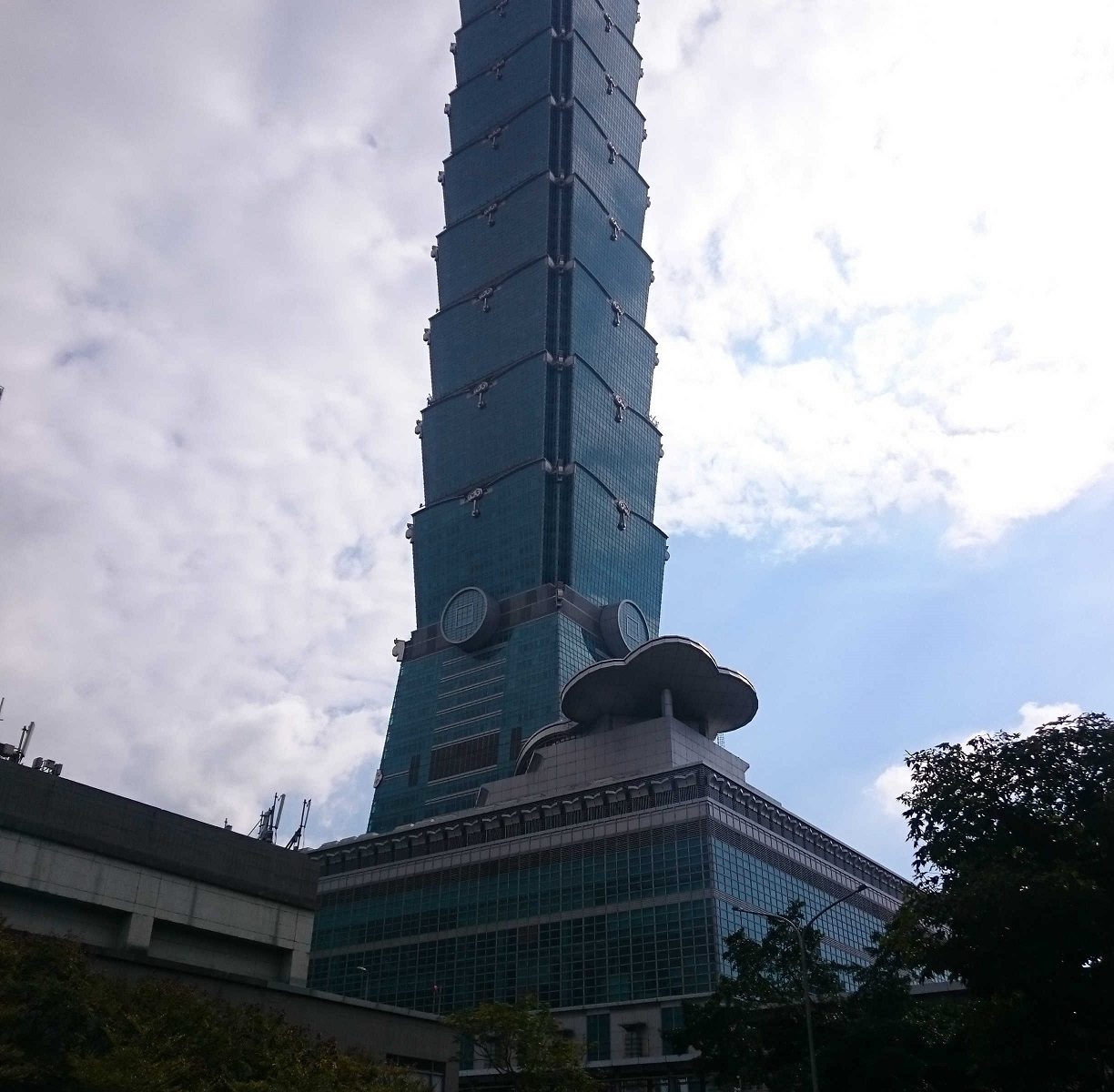 We first arrived at Taipei airport on 17th December from Korea for our transfer to Kuala Lumpur. Back then, the immigration counter wasn’t crowded. However, today, it was swarming with people of various ethnicities, and kind of reminded me of my travel to Bali four years ago.

By the time we finished with the immigration, it was already 8 pm. We felt a bit tired from the four hours thirty minutes of flight time and also standing for another fifty minutes at the immigration. So we opted for a taxi to the hotel. Our taxi driver drove a Toyota Camry car, and the journey to Regal hotel located at Songshan District only took thirty minutes with the fare of NT$ 1,100. The highway was cleared of traffic, and we went all the way straight to the hotel.

(The above estimation excluded toll fare)

Feeling a bit hungry, we walked around the hotel and came across one restaurant selling noodles. We were lucky because we got there just in time before their kitchen closed for the food order at 9 pm. My Beef Noodle in Sesame Sauce was lovely. The whole meals and also the Taiwan Beer cost NT$280.

The next morning, we had our breakfast at the hotel. But because they didn’t have much selection, we only had a little and still feeling hungry afterward. So, on our way to Taipei 101, we stopped by at a noodle stall.

The distance to Taipei 101 was about 4.5km from the hotel. However, because we walked zigzagging, we must’ve walked further than that.

The ticket booth and the entrance to the observatory’s lift located on the 5th floor of the Taipei 101 shopping mall. By the time we got there, many people were queuing to buy a ticket.

We looked around and spotted four kiosk machines, and no one was using it. With a credit card as a payment mode, in less than five minutes, we got the ticket printed out. The ticket costs NT$ 600 for one.

We bought the ticket for 12:30 pm, and by 12:24 pm, we were already being ushered into the elevator. The elevators by Toshiba,  officially classified as the world’s fastest passenger elevator from 2004 – 2015 by the Guinness World Records. Taking the lift from 5th floor to 89th floor only takes 37 seconds, and from B1, it takes 39 seconds.

The lift also has atmospheric pressure regulatory systems to avoid the ears popping. I couldn’t help but felt proud that I’d worked for the company before.

There are actually two viewing platforms in the tower. The outdoor observatory which is the one located at the top of the skyscraper is only open for public on certain days. Located on the 91st floor, visitors can view the tip of the spire that reaches 508 meters above the ground. On that floor, visitors could watch films about the construction of the tower as well as New Year’s fireworks.

The 89th floor Indoor Observatory has numerous facilities available such as a washroom, gifts shop where you can also buy a postcard and mail it from there. There are high powered binoculars, free WiFi, a shop where you can have a drink such as beer or even eating ice cream.

Just like the trip to Namsan Tower Observatory, the view pretty much the same, a sheer number of the endless stone jungle that never failed to amaze me. I went to the gift shop while we were there, and after surveying all the fridge magnet selection, I bought a 3D Taipei 101 fridge magnet at the cost of NT$180. Meanwhile, Mike bought a beer which cost NT$250, and sat enjoying the view while waiting for me to finish my purchase,

We continued our tour to the world’s largest (5.5 meters) and heaviest (660 metric tons) tuned mass damper. On the 89th floor, there’s a presentation about it, and this megastructure view from the top was like a giant beehive. This Wind Damper can also be view up-close on the 88th floor.

The Damper is suspended from the 92nd to the 87th floor by eight steel cables and made of 41 layers of riveted steel boards, each 12.5 cm thick. The main purpose is to reduce the movement of the tower during earthquakes and strong winds at a maximum swaying motion of up to 1.5 meters. It was designed and constructed by engineers from Canada, France, Italy, and Taiwan at the cost of over NT$132 million.

Opening Hours
9 am to 10 pm daily
Last ticketing & entry at 9:15 pm
(opening hours during holidays are subject to change)

After the tour in Taipei 101 observatory, we walked to the National Dr. Sun Yat-Sen Memorial Hall.