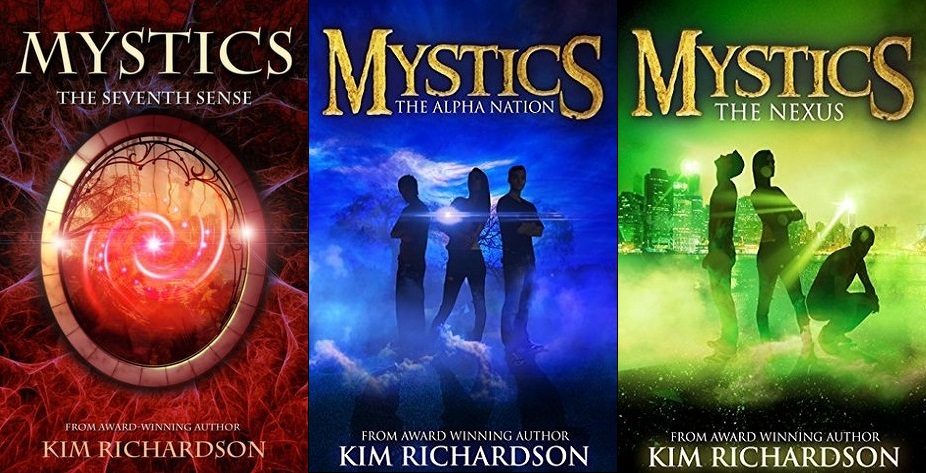 Fourteen-year-old Zoey St. John is an ordinary kid with an extraordinary gift. She can see monsters.

But when she meets a secret society called The Agency, a group of people that share her unique ability to see the supernatural, Zoey is whisked off to a strange place, where monsters and humans coexist, where leprechaun gangs, giant fairies and vampire bowling balls are the least of her problems.

Soon a mystery unfolds and together with her friends, Zoey must retrieve a stolen device and prevent a catastrophic outbreak of monsters, and time is running out.

Zoey had been living from one foster home to another until she stumbled into a group of people with unique sight just like her, a group where she belonged. Zoey was a fast learner, and I loved how she was a badass, unlike the typical story we read where the main character would face failure and humiliation before the success.

I also loved her two best friends Tristan and Simon. Simon was funny, and he always entertains me. As for Tristan, his protectiveness over Zoey would probably turn into something else, but for now, since Zoey was just a fourteen years old teenager, it might take some time for the romance to start.

The storyline was engaging, and my favourite part was when Zoey’s ventured outside the Hive in search of her mother. Her best friends wouldn’t let her go alone, and instead of danger, they got allies. I can’t wait to read the next book and immersed myself with the trio next adventure. Hopefully, she’ll get closer in finding her mother and also her hidden power.

After a summer spent trying to prevent a catastrophic outbreak of illegal mystics, Zoey St. John starts her second year in the Operative program at the Agency.

But things don’t stay quiet for long. Zoey soon discovers the global infrastructure that allows humans and mystics to coexist is under threat: the mirror-port matter transfers and borders which protect the Hives have been poisoned by a mysterious black oil, and the only safe haven for the Sevenths is on the verge of being overrun by evil mystics and Alphas.

To save the Hives, Zoey and her friends—Tristan and Simon must infiltrated the Alpha City to find a cure for the black oil before the Hives are destroyed.

Once again, the Hive accused Zoey of the chaos that happened with the Hive around the worlds. Thankfully, with help from her best friends, she got out of the cell and was determined to prove her innocent. As usual, her best friend didn’t let her go alone on the mission to find a cure to the problem.

The trio ventured into the Alpha nation territory, a dangerous zone where Zoey almost lost her best friends. While searching for the cure, she also received information on her mother’s whereabouts. One thing that baffled me was when they were in the midst of a dangerous situation, Zoey still managed to explain what had happened to her. It’s like the whole evil mystics paused! It was unbelievable.

Anyway, I enjoyed the plot of this book more than the first book, The Seventh Sense. I thought it was full of action and fast-paced. I loved the characters, especially Simon, and loved the ride and adventure they all took me on!

When Mrs. Dupont used Zoey to set the Great Junction in motion: the event that occurs when two portals from different worlds align and make a permanent doorway, with it came disaster. The two worlds cannot withstand the pull of The Great Junction, and now the worlds are collapsing.

What’s worse, Zoey uncovers that her mother is kept prisoner in the Nexus. Together with her friends, Zoey must find a way to undo the damage, save her mother, and close the portals from both worlds before it’s too late. Because if she doesn’t, both worlds will end.

The trio’s adventure continues in this final book with more action and facing with much more dangerous situation, venturing to the Nexus, a world where the mystics originated. Besides searching for Zoey’s mum, they also needed to close the portal that linked to earth, which would destroy both worlds.

Have to say I loved this whole series! Zoey and Tristan were cute, and Simon was funny! Simon’s character had me laughing out loud most the time, and even in a dire situation they faced, it helped lighten up the team’s mood.

The conclusion was as I predicted, but still a great one to wrap the whole series. Zoey and the team faced many obstacles, difficulties, and Zoey especially was wrongfully accused by many, but again, she came out to be their lifesaver in the end. A happy ending and clean-read as usual!