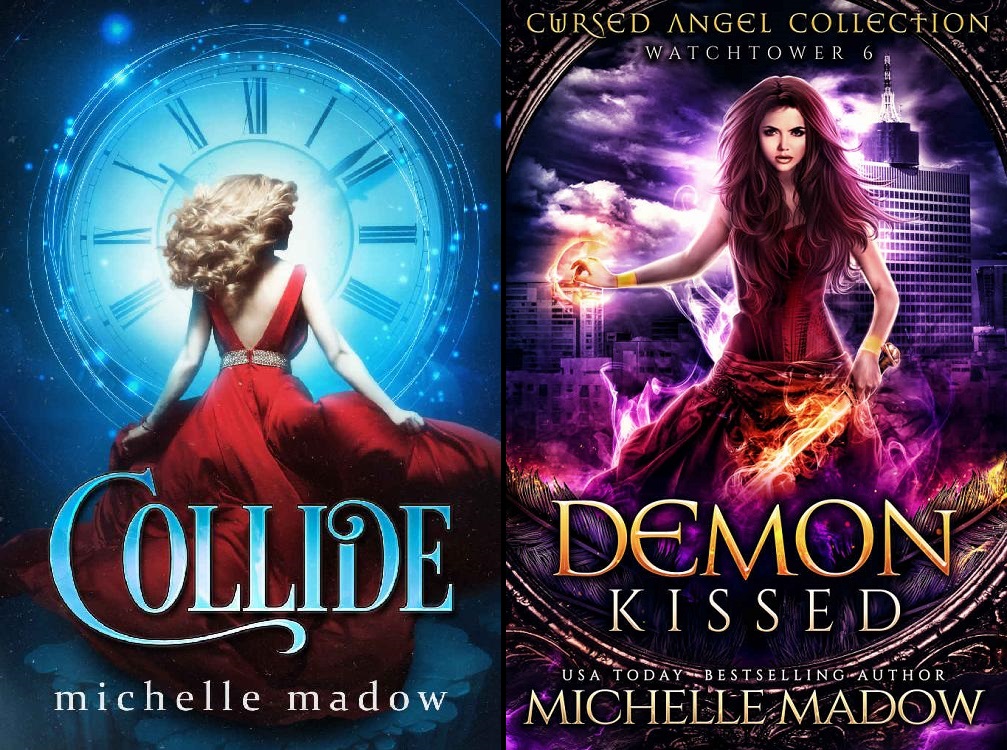 Fan of Michelle Madow? What can you read next after you finish reading all of her book series? Here are some standalone titles from Michelle Madow.

I should have died when I was shot at the Halloween dance.

Instead, I woke up—one week earlier, in a parallel universe where my mom’s fatal car accident six months ago never happened.

A world with my mom still in it was all I ever wanted. But in this timeline, everything is different—my grades, my friends, and even my boyfriend. I’m a stranger in my own body, and I don’t like who I’ve become.

But one thing is the same—that shooting will still happen at the end of the week.

But first I need to convince someone—anyone—that I’m telling the truth… and then get them to help me.

The story was okay, but I just disliked a suspended ending such as this one! The time-travelling aspect, the mystery to the shooter’s identity, and the question of if she’d return to her world had me guessing till the end, and sadly, I didn’t get a definite answer to the last question.

It has almost been five years since this book was published, and there’s still no sequel for the story. Hence, it’s safe to say that this will be a standalone book. Furthermore, Michelle had also informed via the Q&A section as follows:

At this point, I’m not sure. I wrote Collide as a standalone. I know what happens after midnight, and I *thought* I gave enough clues to readers about what happened, but apparently I didn’t because a lot of people are telling me that they wanted to know! My current focus is completing The Vampire Wish series, and then I want to write an Elementals spin off series. So I’m not sure about a Collide sequel. But I’m considering writing an epilogue and sending it to my newsletter subscribers to give them closure. You can sign up for the newsletter HERE. – Michelle Madow.

So, I guess, if you subscribed to her newsletter, you’d get the answer? Has anyone recently subscribed and received the epilogue?

She’s an angel sent to Earth to kill a demon. The last thing she expected was to fall in love with him…

Decades ago, the Demon King Ezekiel conquered Mexico City and cursed it with greed. The only way to end the curse? An angel needs to slay Ezekiel with Uriel’s Flaming Sword.

But Ezekiel has stolen the Sword and hidden it in his Watchtower — the gleaming skyscraper where he lives and rules. Now the angel Rebekah has been chosen to enter the city, find the Sword, and kill the demon.

When Ezekiel opens auditions for women to live in the Watchtower as his concubines, it’s the perfect opportunity for Rebekah to get close to the devilishly handsome demon king, locate the Sword, and use it to end the curse.

Except that while Rebekah’s in the city, she’ll be cursed with greed, like everyone else. She must conquer her greed and complete her mission. But that’s harder than it sounds when she discovers there’s one thing she craves above all else… love from the Demon King himself.

Demon Kissed is THE perfect book for fans of The Hunger Games and Supernatural!

Demon Kissed is a standalone contribution to the Charmed Legacy: Cursed Angel Watchtowers collection. Stories can be read in any order.

Damn good! I was glued to my kindle from the beginning till almost towards the end. But I had to stop because it was way over my sleeping time, and I didn’t want the fun to be over quickly! But, if I were to read this book in the morning and not before bedtime, I would have finished it in one sitting!

I loved Rebekah’s personality. She tried hard to stay with her belief while shouldering her responsibility, which contradicted one another. She was also wise to weigh all the available options for the conflict on hand.

Michelle’s writing was realistic enough to make me feel like I was right there with Rebekah. I felt all the conflicting emotions, her rush of happiness, anger, sadness, etc. Bravo, Michelle!