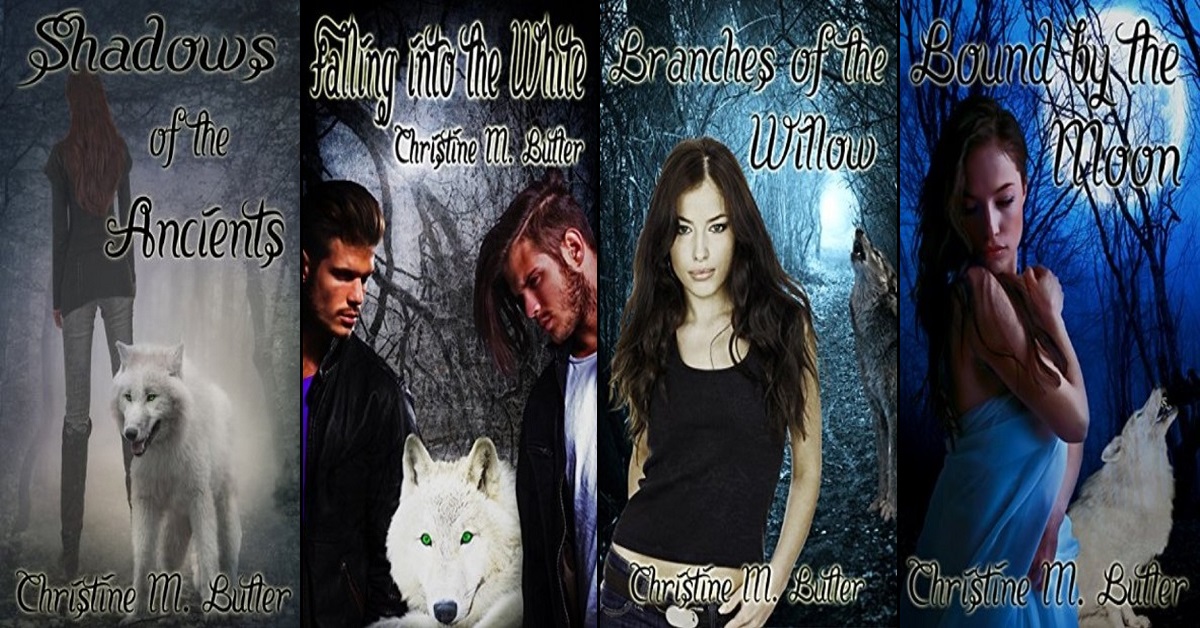 Jess’s life has turned upside down after meeting with the Ancients, and it has a reason. She is a force to be reckoned with, and even the King and his entourage try to control her. The question is, will they succeed?

Shadows of the Ancients

No one ever questions the pairings their pack-master chooses for them. No one, except Jessica St. Marks, who can’t stand the thought of being bonded for life to Zach Brighton, douchebag extraordinaire.

Jessica plans a night out with her human friend, Ashley, to have a little fun before she’s forced to settle for the loser her pack has chosen to be her mate. Little does she know, her fate is about to change when she runs into a mystery wolf who takes her breath away, and marks her as his own.

Evan De’Lune may be new and exciting, but he has secrets that threaten to not only put Jessica’s life in danger, but his ability to keep his claim on her as well!

*This is a new-adult novel/series suggested for ages 16+

The emotional breakdown from Jess, the insecurity, wow, that was childish. I mean, I get that, and to be honest, I did feel for her; I might have shed a tear or two. But that was because of the writer’s vivid description 😜!

Anyway, I loved the storylines. I admired the beautiful relationship between Jess and Ashley, and it made me want to be in their circle too! However, as for Evan, I couldn’t connect with him. He’s a mysterious guy, and if he’s the mate of our heroine, I hope to read more about him in the next book.

Falling into the White

Jessica St. Marks has come to grips with being the stuff of legends. She is destined to be the leader of her kind, the werewolves.

While she dreams of uniting the two breeds of werewolves, the Ancients and the Lesser, she must first put a stop to the tyrannical rule of the current werewolf king, Antoine De’Lune.

Jessica must come into her full power in order to take her rightful place as the white wolf ruler. She cannot do that without first accepting a mate.

A choice must be made between Evan, the wolf whose claim she has already accepted once; and his brother, Mikael, whom she was forced to get to know. One will help her embrace her destiny, while the other is fated to destroy her.

I did not see this coming. What a shocker! Usually, when we read about a heroine meeting her hero the first time, it’s for sure that they belong to each other. Now I know why he wasn’t mentioned in detail in the previous book. But right now, I still find myself in denial; I have a hard time believing the twist in this story, and since the witch could break the king’s bond, and we still have two more books to go, can we expect some evil revelation next?

It’s not that I support the other team. I’ve grown to love Jess’ mate because he’s sweet, caring and understanding – he got perfect scores. But I want to see the other one have a happy ending too. Oh, wait for a second, what about the talk that one will destroy her? Is he fated to be the bad guy? And I didn’t see Ash, the red wolf playing her role as an advisor anymore. Or was all of the talk valid only during the mate selection?

Branches of the Willow

Antoine De’ Lune, the old werewolf King, was killed by his son, and no longer poses a threat.

Jessica has taken her place as the white wolf ruler, and now the wonderful life she has always dreamed of is in her grasp.

A family betrayal brings Jessica’s old enemies back together in an attempt to get revenge and see an end to the white wolf line once and for all. This time, Jessica’s bond may not be enough to save her.

I got my answer in this book about the bad one’s theory. Hopefully, we will get to read about his happy ending from the last book. I wondered what else would happen since the team had already defeated the main enemies. Will it be something related to the elder hunter?

I’m interested to find out more about the Locks. It sounds exciting and dangerous. Also, I wish we would get to read about Jess’s daughter fast-forwarded to a few years, at least. I can’t wait to find out what comes next!

Bound by the Moon

Jessica St. Marks De’ Lune has it all. She is the famed white wolf of legends. Her mate was destined to be King, and they’re having a baby. Happily ever after is only a heartbeat away for them!

Unfortunately, female wolves are disappearing. Hunters of old, who were made to kill the dark ones, are now hunting their kind. The dark ones have surfaced, and to top that off, a very unique and unheard of prison break make happily ever after seem like it’s never going to happen.

It’s going to take a miracle, maybe several, to bring Jess’s people together, keep them safe, and bind them to a common cause. If it works, they may all just find a little bit of happy. If it doesn’t, she’s damned them all to hell.

I’m confused. I thought Jess had already found out that Ashley was two months pregnant from the previous book? I purposely re-read that part before continued on the rest of the book. Here are the snippets of the conversation.

Now, about the conclusion to the Ancients series, it’s a bittersweet ending. Some loss and gain, and as usual, I can’t see the loss as necessary. I wish the author change that part! The prologue is a nice touch, tho.

There’s also another aspect that I would like to find out more about, such as Natalie’s power and origin that wasn’t told in this book any further. But that also leaves the author some room to come up with a series for them.