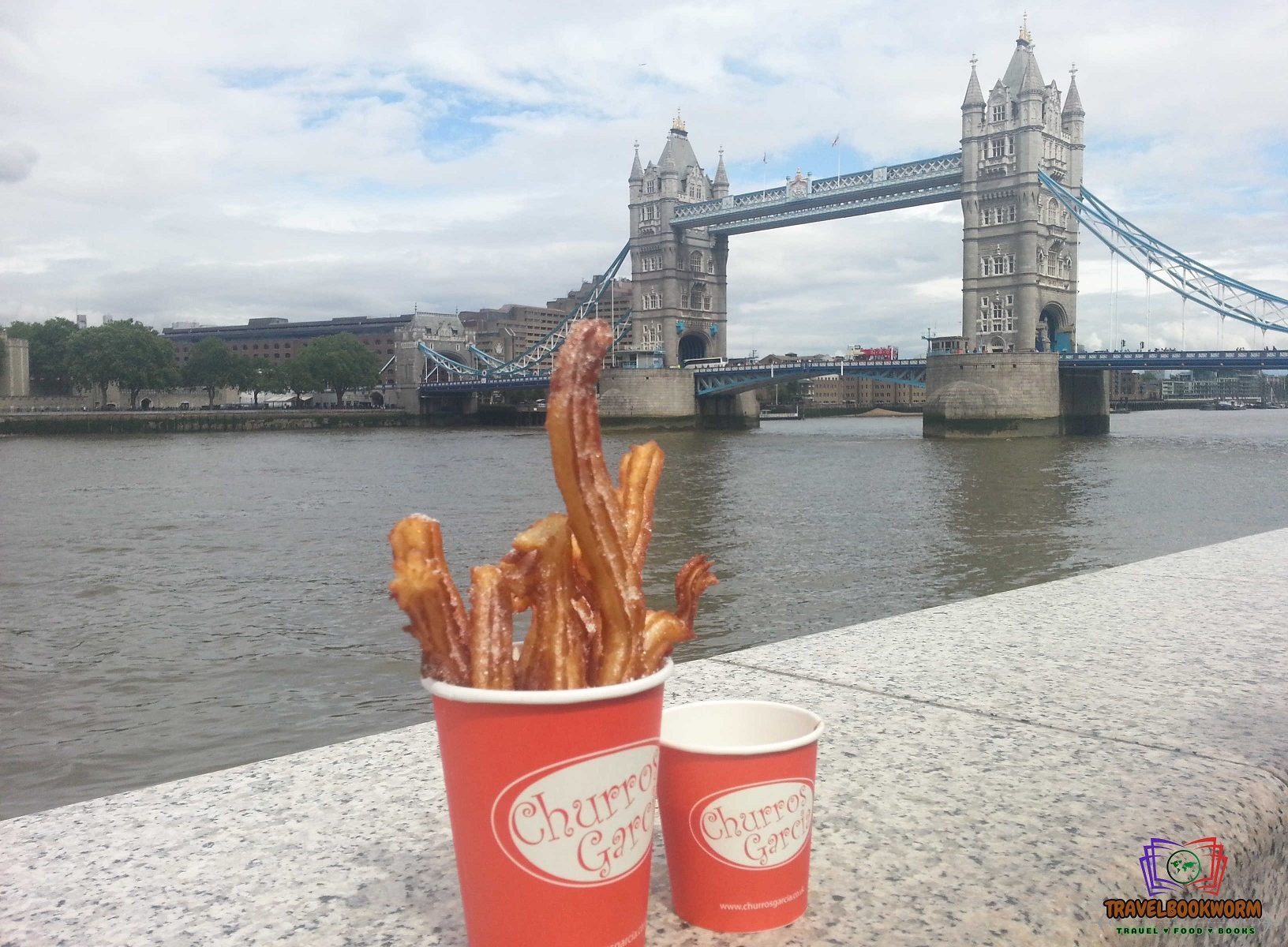 London or also known as The Big Smoke is the largest city in the United Kingdom. There are so many things to do in this big city, but we only have two nights to spend here. Having said so, we need to manage our time wisely and pray that the weather would be alright.

We travelled via Virgin Trains from Piccadilly to London Euston. We had booked the ticket online and had it printed out at the Kiosk machine at the station. The return train ticket for two costs @ £117.70. The train departed at 11:15 am on the dot. Throughout the journey, whenever we came across with a flock of sheep, I tried counting it, but the train was moving very fast.

A funny reminder in the train’s toilet:

We reached Euston at 1:25 pm and took another subway down to Borough market. The travelling time was about 13 minutes. The market was busy, and there were countless stalls selling foods, wine, cheese, Cider, fish, sandwiches etc.

We stopped by Hobbs to get our lunch, and while having it, Mike told me that this year the market is celebrating its 1,000th anniversary. I was astonished when I heard about it. In our human life, it will take at least ten generations If each one survived until their 100 birthday! I couldn’t imagine how burdened the market with all the tales and secret it kept.

From the market, we walked about 5 minutes to see the Old London bridge and another 13 minutes walk to Tower Bridge.

One of the construction that captured my attention was this 309.6 metres building. It has many names such as The Shard, The Shard of Glass, Shard London Bridge and London Bridge Tower.

On our way to the Tower Bridge, we stopped by the stall selling Churros and bought some to snack on next to the river Thames. I was able to see The Shard, the bullet-shaped tower (Gherkin) and also Tower Bridge.

However, we couldn’t stay for long as the sky was getting darker. Not long after we left, it started to rain heavily but not before we crossed over the bridge and got ourselves comfy at Perkin Reveller. We had Coke and Cappucino which was £3.50 each.

Due to the weather not looking good, we shortened our trip for the day and didn’t get to tour the Tower of London.

We took the train from Tower Gateway to Deptford Bridge Station and walked for about 3 minutes to Premier Inn, our gaff for two nights @ £217. In the evening we walked for 20 minutes to Trafalgar Tavern located at Park Row. The place overlooking River Thames, and the sunset view was beautiful.

We had dinner with Mike’s mate Bubble and his other half Tina. The couple did their wedding reception here a long time ago. We finished our gathering at about 10:30 pm and they drove us back to the hotel.

The next morning, we walked about 14 minutes and had our lunch at The Spanish Galleon. I ordered Traditional British fish & chips @ £10.95, and Mike had a Pie & Mash @ £7.95. My food was yummy, crispy on the outside and moist on the inside.

We went to see the historic clipper ship from the 19th century, Cutty Sark, and then headed to the University of Greenwich to visit The Painted Hall and Chapel at the Old Royal Naval College.

Painted by Sir James Thornhill, there were no words to describe how beautiful the painting was.

Taking the train from Cutty Sark to Limehouse Station, we met up with Ted, a friend of Mike, and together we headed to The Narrow Limehouse, Gordon Ramsay’s riverside restaurant. If only I hadn’t eaten earlier, I would’ve loved to eat here.

We sat outside sipping cold beers while enjoying the beautiful river view. It was pleasant, but I was often distracted by the aeroplanes and choppers soaring in the sky. I tried to count it, but my two hands weren’t enough to keep track of the number.

Once we parted with Ted, we continued our journey and took the train to Westminster station and reached just after 3 pm. We walked over to Westminster bridge, and I was awestruck with the Big Ben. I’ve always seen it in movies but standing in front of it was just different, and it took my breath away.

From the bridge, I was able to see The Coca-Cola London Eye, but we didn’t plan to ride it.

We strolled down the road to the Downing street & watch Horse Guards Parade.

Eventually, we reached Trafalgar Square. Thinking of my family and friends back home, we stopped by Lambert Souvenirs and bought some fridge magnet.

Once we finished our shopping, we resumed our journey to The Buckingham Palace. Walking along St. James Park, It took us about 20 minutes with a slow-paced walk.

From Buckingham Palace, we walked across the Green Park towards Piccadilly Circus.

We had a snack in De Hams Chinatown before heading to one of the bars in Soho to meet up with Matt, Mike’s mate. We had a few drinks and then we call it a day. It was nice meeting him, and I’m sure we will be meeting him again in the future in a different country.

The next morning, before heading to London Euston Station for the train back home, we stopped by Greenwich market and had our lunch. The place was super busy with many stalls selling varieties of items such as jewellery, embroidery, arts, antiques, clothes, foods and etcetera.

Our train left at 2 pm and reached Manchester Piccadilly station at 4:07 pm. I enjoyed the trip so much and hoped to return in future.