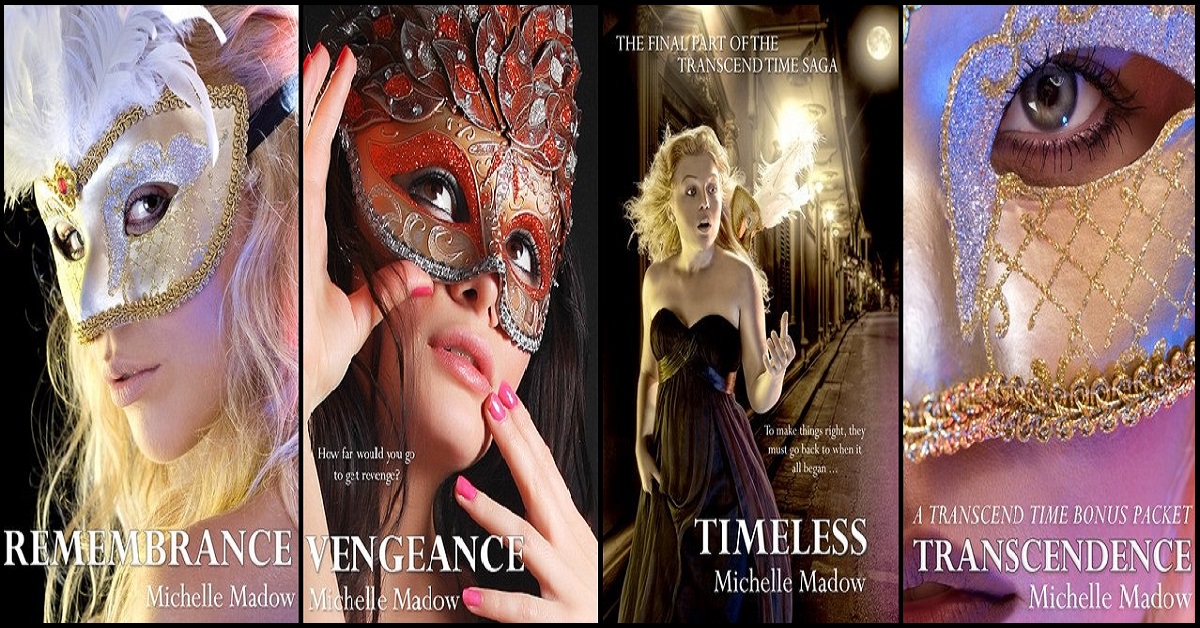 What if you’re given a second chance to be with your soul mate from your past life? Would you go forward even though currently, he’s with your best friend?

Lizzie Davenport has been reincarnated from 1815, England … but she doesn’t realize it until she meets her soul mate from the past and he triggers her memories to gradually return.

When Drew Carmichael transfers into Lizzie’s high school, she feels a connection to him, like she knows him. But he wants nothing to do with her.

Reaching Drew is more difficult because she has a boyfriend, Jeremy, who has become full of himself after being elected co-captain of the varsity soccer team, and her flirtatious best friend Chelsea starts dating Drew soon after his arrival. So why can’t she get him out of her mind?

Lizzie knows she should let go of her fascination with Drew, but fighting fate isn’t easy, and she’s determined to unravel the mysteries of the past.

I want to warn those who love fast-paced stories that this isn’t one of them. It’s slow to the point where I find the exciting part only starting after 55% into the book. The book begins with Lizzie’s class and daily routines, and it only gets better when she gets the flashback.

As I seldom read books about reincarnation, I find this book quite refreshing to the point that I was bewitched and thoroughly engrossed in the story from beginning to end. The emotions portrayed here were quite realistic, and I feel what Lizzie felt about the conflict with her best friend, Chelsea.

However, I would love to read more about Lizzie and Drew’s past life stories. From what we have read so far, which was not detailed and with little things happening, I didn’t feel that their love was strong enough to transcend time.

How far would you go to get revenge?

When Chelsea Givens discovered that her ex-boyfriend Drew dumped her to be with her former best friend Lizzie, she’d never felt so betrayed in her life.

Then her new friend Shannon tells her she can help set things right. Chelsea’s willing to listen, but what Shannon wants her to believe — that she shared a past life with Drew — is impossible. And what she wants her to do to get him back … well, it’s downright crazy.

Could Shannon be telling the truth? And if she is, what lengths will Chelsea go if it means making Lizzie pay?

We dive into Chelsea’s mind in this book, learning her feeling after the devastating breakup and to what extent she will go to get Drew back! There’s also some clue as to who her parent is dating!

I’m super excited to read the next book and find out what will happen. Is the spell going to work? Is Lizzie going to die? What about a loophole to getting out of this? The battle between these two girls continues in the next book, Timeless.

In Remembrance, Lizzie and Drew changed the course of fate so they could be together.

In Vengeance, Chelsea set fate back on its original, deadly path.

Now, strange things keep happening to Lizzie. Things that are omens of darkness to come. A curse has doomed her to die an early death, just as she did in her past life. To make matters worse, even if she can figure out who cast the curse, it’s irreversible.

There’s only one option left for her to save herself. It’s crazier than anything she’s heard yet, and to do it, she’ll need Drew and Chelsea’s help.

Because to make things right, they must go back in time to when it all began… and Lizzie discovers that the final events in her past life were more sinister than she ever imagined.

Chelsea is unaware of what the spell would do to Lizzie, and as much as she wants Drew to be back in her life, she never wishes Lizzie to die, and when they realise that Lizzie only has until the next full moon to live, even Chelsea team up with Drew and Lizzie to find a solution. As the time is running out, and with the spell being irreversible, the only thing they can do is travel back to their previous life and change their fate.

The story in this book is much better than the first one, remembrance. It does not have dull moments with the dramas between Chelsea and Lizzie, mission, action and adventure. I did enjoy the story. But, if I could tell Michelle one thing about this book, I would ask her to write Chelsea’s HEA.

INCLUDED IN THE BONUS PACKET:

The Transcend Time Saga is about a high school student named Lizzie who has been reincarnated from 1815, England, but doesn’t realize it until she meets her soul mate from the past and he triggers her memories to gradually return.

Read this book only if you really like the saga. It contains a few chapters from the first book, some deleted scenes, the characters’ bio, and some stories about Michelle’s effort in getting this book published. Her effort deserves some serious applause. Congrats on the progress!

I’m still trying to find out why Chelsea had a different name in her previous life but not Lizzie and Drew, and I also still want to have Chelsea’s HEA, preferably with her soul mate! I felt the saga was too short and missing many plots. Anyway, because I’ve read Michelle’s other latest series, what she’s capable of, and this was her debut saga, I’ll let this one slip away.