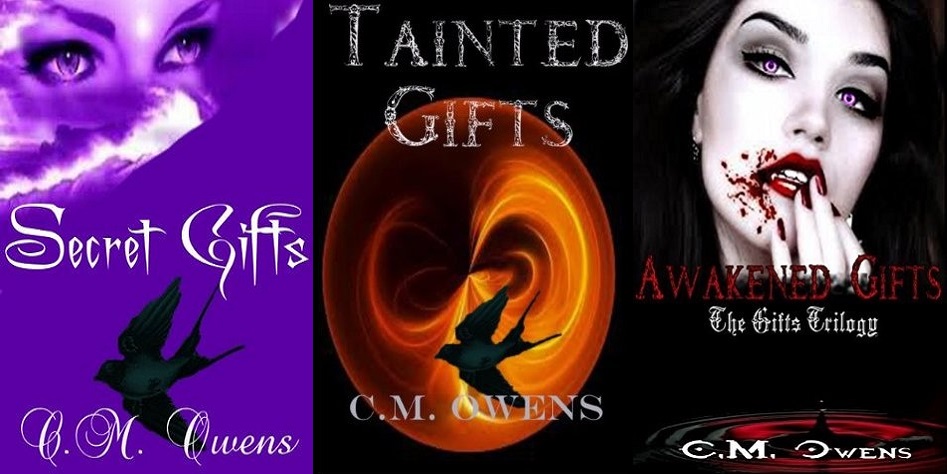 A continuation to Curse Trilogy with the story fast-forwarded to several hundred years later. Find out what happens to Araya & Clay’s children – Aria, Rex and Simone.

All grown up and ready to take on life, Aria Banner is facing the world her parents desperately sought to shelter her from. Centuries of oppression caused by the hands of her well-intended but smothering parents has left her with a hunger to prove herself.

Just as badly as she wishes to move up in the United, she also wants to find that connection she grew up watching between her mother and father.

Being at war with the Unaligned makes it a little difficult to worry about her romantic life, but sometimes fate has a way of forcing you to pay attention.

Jase Ericson didn’t intend to stumble upon the beauty he had only ever heard whispers of. When Aria locks eyes on the secretive full blood, she’s instantly entranced – much to her surprise. The only problem is, she doesn’t want to go through the same thing her mother once did.

Jase’s secretive air makes him mysterious, intriguing, and exciting… until she learns the secrets he holds.

We first read about Aria when she was a little girl from the previous series, and she was seriously a late bloomer with no control over her power, considering she was born over 700 years ago! But, it’s for a reason and also a way to satisfy Brazen’s team, because Brazen wouldn’t have his HEA if the story weren’t fast forward.

Aria was a bright lady, but when she was with Jace, she was blind. It was apparent who Jace was and also his mind-reading ability! It was hilarious and entertaining to read Jace’s reaction towards Aria’s inner thought 😂😂.

Comparing this book to the previous series, I loved Aria’s story more than Araya! The story was well executed with romance, mystery and actions. I couldn’t wait to find out what Aria’s fate would be. Would she suffer the same destiny as her mother in terms of her love life? Team Aralian go!

Broken and lost, Aria slowly starts picking up the pieces after the mess Jase left behind. It’s hard to forgive someone when you know you’re not meant to be together. Perhaps she just needed an excuse to get out.

Jase isn’t one to go down without a fight, and he’ll be damned if he loses Aria now. Not now. He loves her too much, and there’s still so much he needs to tell her. But he wasn’t expecting the masked man and what he represents.

In the end, Aria will have new secrets to keep, new lies to tell, and new truths to face.

Though this book is not a stand alone novel, this book does not have a cliffhanger ending.

Poor Aria, she was mentally exhausted with the war going on in her heart and the Hybrid logic in her mind, and to top it off, she got a massive headache that wouldn’t go away, and the only way to lessen the pain was when she touched Jace.

By the end of this book, it still didn’t answer why she got it 🤔. Did I miss the explanation? Anyway, I thought I liked the mystery man when I first read about him in the first book, but I realised in this book, he wasn’t great for Aria, and I decided to be on team Jace! I still hoped he would have his HEA, though.

If they want my blood, they’re going to have to walk through hell to get it. And I’ll be the devil waiting to collect their souls…

Betrayal escalates, hearts are entangled in fate’s mistakes, and life as they know it shifts into a whirlwind of controversy. Blood becomes a weapon of war, a means to an end. And the life Aria has threatens to vanish before her eyes the second she finally starts to live.

The war within herself is only overshadowed by the war going on around her. It all closes in. All hell breaks loose. And everything they thought they knew is shattered by the truth.

In this series, we read POV from many characters, and the epilogue, which wasn’t labeled, had me confused for a second, and I thought Aria had changed her taste and into women 😂. Anyway, I would love to have another spin-off to the series for Hale Ericson, and it would be nice if Brazen and Araya have offspring 😉.

Overall, the story plots were almost similar to the Curse trilogy, but I felt like it was an improved version, and I liked it a lot. The author had wrapped the story nicely with a happy ending for all characters. Just one thing, though, I would have loved if Alice made a different choice.